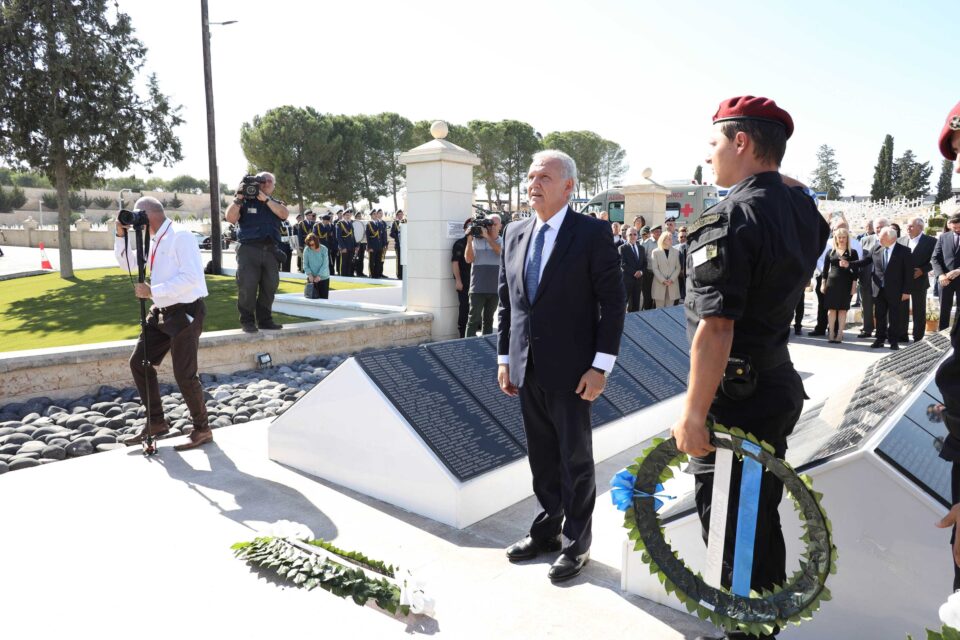 The government on Thursday sent a message to the international community to remind it of the need to clarify the fate the missing persons in Cyprus.

Speaking at the unveiling ceremony of name plaques for the missing near the statue of the mother at the military cemetery in Makedonitissa, Humanitarian Affairs Commissioner Photis Photiou questioned the slow progress in recovering and identifying the thousands of missing persons.

“Forty-eight years after the Turkish invasion, more than half of our compatriots included in the list of our missing persons, which was submitted to the CMP, are still missing,” Photiou said, and referred to Turkish intransigence in assisting the CMP.

He added that there was no  room for double standards by international players like the UN and the EU, “while Turkey continues to refuse to cooperate”.

In her speech, House speaker Annita Demetriou said: “This is a pending issue that we must remedy quickly.”

She said that Turkey’s criminal inaction and provocative indifference, which keeps its state archives tightly closed and has for so many years prevented the relatives of the missing persons from paying their loved ones the appropriate honour, “is a great challenge that we must face at international level”.

Meanwhile, Greece’s New Democracy MP Ioannis Andrianos, who attended the ceremony as a representative of the Hellenic Parliament, assured the relatives and friends of the missing persons from Cyprus and Greece, who have not yet been identified, “that our interest remains constant and undiminished”. Greece, he said, is determined to help the Republic of Cyprus in practice so that this tragedy finally has the right solution.

Cyprus on October 29 marked missing persons’ day. Relatives of the missing on Thursday noted the need to continue and intensify efforts to find and identify all missing persons. Efforts are also being made to establish October 29 as Missing Persons Day in the Greek Parliament.

Hundreds of Cypriots remain missing after October 29, 1974, the last day of the exchange of prisoners of the Turkish invasion, the presidential commissioner’s office said in their statement.

Scores more continue to be missing from the 1963-67 period.

Maria Kalmbourtzi, president of the panhellenic committee of parents and relatives of undeclared prisoners and missing persons, noted that 48 years after October 1974 when the last prisoners were released by the Turkish army, there are still mothers, women, brothers, children, with the photo of their beloved in hand, as then in 1974, with the wish to see their own man “getting off the bus of freedom”, or hoping for some new, a piece of information.

Meanwhile, the president of the committee of relatives of undeclared, captives and missing persons, Nikos Sergidis, referred to the visible risk that half of the missing persons “will remain permanently missing”, due to Turkish negativity and obstruction. This, he said, is a tragic eventuality “that will be a black mark for the international community, but also a disgrace for Hellenism”.

The missing persons’ list includes 2,002 people of whom 492 are Turkish Cypriot and 1,510 are Greek Cypriot.

Ieronymos of Athens in Cyprus to visit Archbishop Chrysostomos

State called to implement promises of flood protection for Larnaca