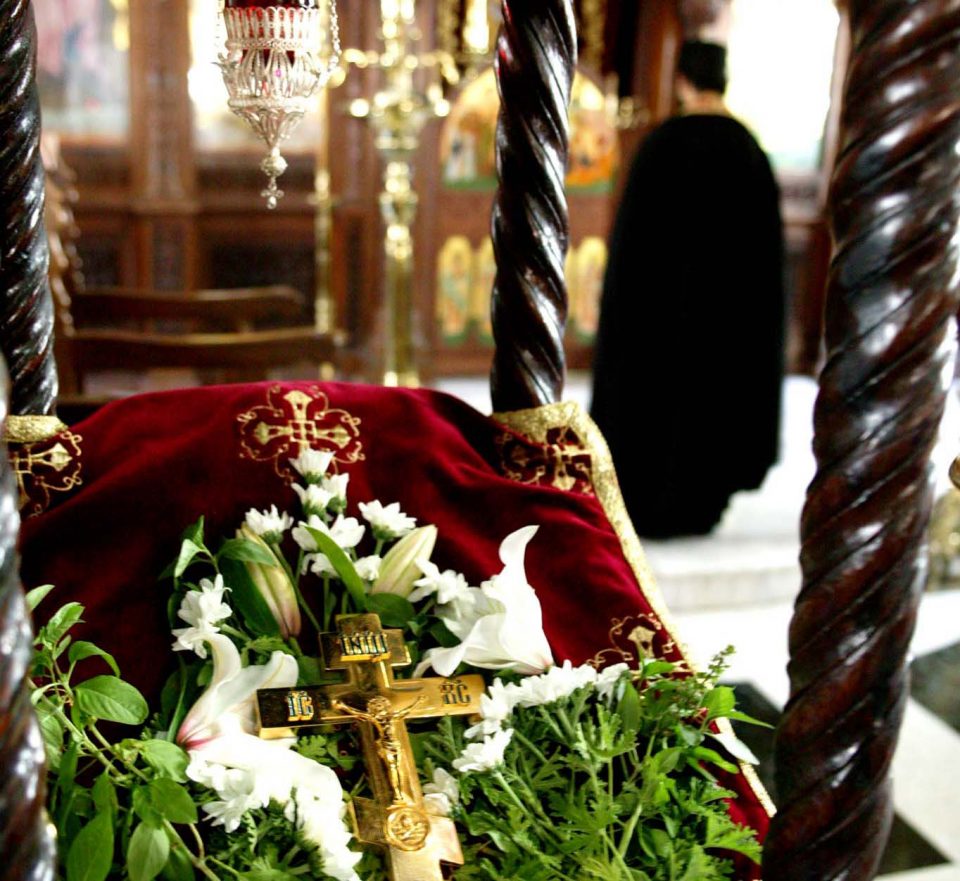 Police will submit a criminal case file to the attorney general’s office concerning the funeral of a coronavirus patient which was attended by more than the allowed maximum of ten people, a police spokesperson said on Friday.

Pictures taken from the funeral show people did not wear face masks and failed to abide by social distancing measures.

“The instructions are clear to proceed with the investigation and create a file to be submitted to the Attorney-general [Giorgos Savvides] because it appears there is a blatant violation,” police spokesperson Christos Andreou told the media.

The funeral of the 80-year-old Covid-19 patient took place at 3pm on Thursday at the Ayios Epiphanios church and monastery in Avdellero, Larnaca. The burial also took place there.

According to reports, police had previously contacted the priest of the church reminding him of the maximum amount of people allowed in funerals was ten as per the health ministry’s decree and efforts to contain the spread of the virus.

But during the funeral, police received information that many people had gathered at the monastery.

When police went there, they were not allowed entry, Andreou told the media on Friday.

He said the monastery is built in a private area in a walled compound and officers did not have visual or physical access. No search warrant was granted on time to enter the monastery.

Investigations continue with witness testimony and pictures to determine whether any further violations occurred.

The church and monastery follows the Old Calendar, a branch of Orthodoxy not recognised by the Church, which has distanced itself from the incident. The Bishopric of Kition issued a statement on Friday saying: “The commotion observed at a funeral in Avdellero does not concern the Church of Panagia and has nothing to do with the event.”

According to media reports, the man was taken to Larnaca general hospital with breathing problems earlier this week where he tested positive for coronavirus.

He then refused admission to Famagusta hospital, the pandemic reference hospital. He instead went to the monastery in Avdellero where the local bishop ordained him a monk. He then died from the virus.

The same monastery attracted media attention last year during Easter when they performed church services with a large number of people breaking curfew and failing to abide by social distancing rules. Police had then issued €300 fines to ten people.

According to the World Health Organisation (WHO) recommendations on the burial of Covid-19 patients, “family and friends may view the body after it has been prepared for burials, in accordance with local customs. They should not touch or kiss the body and should perform hand hygiene after the viewing.”

The organisation continues saying “family and friends should also follow local guidance regarding the number of people that can attend a viewing or burial, and local mask requirements.”

State treasurer steps down from public audit oversight board

Coronavirus: where to get tested on Saturday