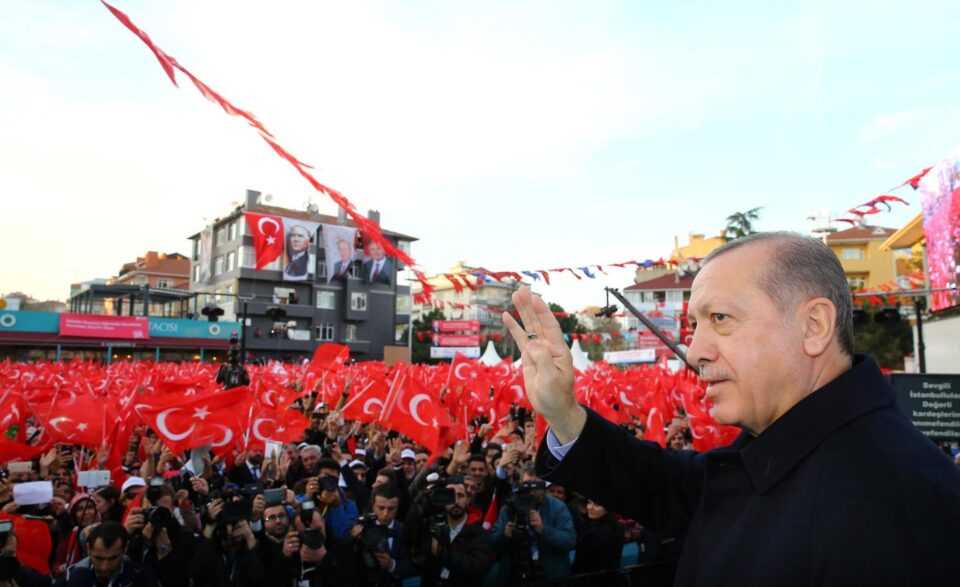 Turkey, Israel and the Eastern Mediterranean

With the clock ticking down to Joe Biden’s inauguration as the 46th president of the United States, a host of regional countries have recently been re-adjusting their foreign policies – and frantically making up.

Last Tuesday, for example, saw Qatar and Saudi Arabia partly bury the hatchet, with a declaration signed in Riyadh seeing borders between the two finally re-open.

These had been closed since May 2017, after Riyadh had declared Qatar a supporter of “terrorist and sectarian groups” – a stance given vociferous backing by the 45th US president, Donald Trump, plus the UAE, Egypt and Bahrain.

Last week though, all three of those Arab states praised the Saudi-Qatari rapprochement.

In addition, the UAE and Bahrain, along with Morocco and Sudan, have also now done what would once have been unthinkable: normalise relations with Israel.

Under the “Abraham Accords” they have all now shaken hands with Tel Aviv.

Now – and not to be outdone, perhaps – a major non-Arab regional power has also been making overtures to Israel recently: Turkey.

“We would like to bring our ties to a better point,” Turkish President Recep Tayyip Erdogan told reporters in Istanbul on December 25, after one of his top advisors, Mesut Hakki Casin, had told US radio station Voice of America, “If Israel comes one step, Turkey maybe can come two steps.”

This was a major shift for Ankara, which as recently as 2018 accused Tel Aviv of conducting “genocide” against the Palestinians.

For its part, too, back in October 2019, Israeli Prime Minister Benjamin Netanyahu had warned against the “ethnic cleansing of the Kurds by Turkey” in northern Syria.

A mix of factors lie behind this apparent volte face – with one in particular of major concern for Cyprus.

“Erdogan hopes that talk of a Turkish-Israeli rapprochement might also disrupt Israel’s growing diplomatic, military, and energy co‑operation with Cyprus, Greece, and Egypt in the Eastern Mediterranean,” Aykan Erdemir, senior director of the Turkey Programme with the Foundation for the Defence of Democracies in Washington DC, told the Cyprus Mail.

Behind the scenes, former Turkish Admiral Cihat Yayci, the architect of Ankara’s 2019 maritime deal with Libya and author of Turkey’s ‘Blue Homeland’ strategy – which seeks to greatly expand Turkey’s regional influence – has also proposed a major extension of Israeli territorial waters as an incentive for rapprochement.

“Israel would gain approximately 16,000 square kilometres of sea area, if she makes a deal with Turkey on same basis as the Turkey-Libya deal,” Altug Gunal, from the Department of International Relations at Ege University in Izmir, told the Cyprus Mail.

Easing this is therefore also a major goal of rapprochement with Israel – a powerful voice in Washington.

Yet, while Turkey’s foreign policy interests may be served by rapprochement, there are considerable barriers to Israel reciprocating.

“The response in Israel to the Turkish overtures has been remarkably mute,” Gallia Lindenstrauss, from the Institute for National Security Studies in Tel Aviv, told the Cyprus Mail. “From an Israeli perspective, it seems that Turkey is acting in a destabilising manner.”

Erdogan’s championing of the Palestinian cause and support for Hamas, which controls the Gaza Strip, but is classified as a terrorist group by Israel, the US and the European Union, is one major reason for this.

In addition, an earlier attempt at rapprochement, back in 2016, quickly collapsed, resulting in “a high level of mistrust” towards Turkey amongst the Israelis, according to Lindenstrauss.

At the same time, “The Turkish press is deeply anti-Semitic on a daily basis,” Henri Barkey, adjunct fellow with the Council on Foreign Relations in New York, told the Cyprus Mail. “You get the impression, too, from what Erdogan says that he is someone deeply hostile to Israel. So why should you trust him?”

In Washington, too, there is a similar issue with trust, after a recent string of disputes between Turkey and the US.

“Erdogan needs more than such tactical posturing to burnish his negative image in Washington,” says Erdemir, “since Republicans and Democrats are equally wary of his policies.”

At the same time, “Israel is not going to forsake Greece and Cyprus for Turkey,” Barkey adds.

The recent defence agreement between Israel and Greece is testimony to this, while, “One of the foundations of close Israel-Cyprus relations in the past decade has been the Exclusive Economic Zone agreement of 2010,” says Lindenstrauss. “I do not see any scenario in which Israel will back down on its commitments in this regard.”

Yet, as French leader Charles de Gaulle once said, “No nation has friends, only interests.”

Where these coincide, Turkey and Israel have acted together. Most recently, this happened in the conflict between Azerbaijan and Armenia over Nagorno Karabakh. Both are allies of Azerbaijan – yet for different reasons.

“For Israel, Azerbaijan is a very important listening post into Iran,” says Barkey, “so Israel has been very active in building good relations there, selling Azerbaijan weapons and drones. For Turkey, though, they are interested in the Azeris for nationalistic reasons, as fellow, ethnic Turks.”

Azeri president Ilhan Aliyev has offered to act as a mediator in restoring Israeli-Turkish ties, given his country’s good relations with both.

In the past, too, Israel and Turkey enjoyed a close partnership, as both were pro-Western states shunned by a generally hostile Arab world.

Yet, while “In the old days, Israel felt encircled,” Barkey says, “nowadays, Israel has relations with the Gulf and other Arab countries.”

Israel’s signing of the ‘Abraham Accords’ has given it a range of Arab state allies – all of which are also deeply mistrustful of Turkey.

Indeed, “The Abraham accords and the solution to the Qatar crisis requires Turkey to rethink its policies toward the Middle East and to break some of its isolation,” says Lindenstrauss.

All a sign of much-changed times in the region – ones soon-to-be President Joe Biden will have to adjust to, and fast.

Our View: Even our politicians ‘language of truth’ is vague