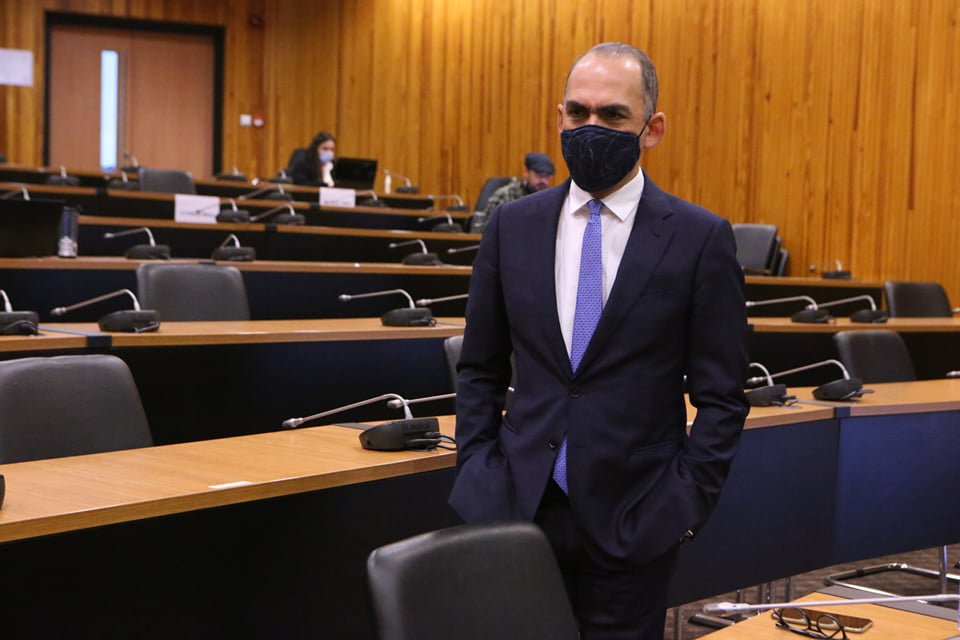 The committee of inquiry into the citizenship-by-investment (CBI) programme will on Tuesday be holding its first public hearing, featuring former Finance Minister Harris Georgiades, to be followed by Archbishop Chrysostomos and President Nicos Anastasiades on dates yet to be determined.

The panel – appointed by the attorney-general in September – began its proceedings in early November. Due to the coronavirus situation, and the inability to find a set-up conforming to distancing protocols, the hearings had so far been closed to the media.

Now that suitable space has been found – the Jean Monnet auditorium at the former Filoxenia hotel – the media will be allowed inside, but with restrictions on the number of persons.

The committee hearings will take place twice weekly, on Tuesdays and Thursdays.

Demetra Kalogirou, a member of the investigative panel, said Monday an interim report would most likely be issued sometime in February, as proceedings are expected to drag on for months.

She could not say whether the interim report will be redacted for data privacy reasons.

To date, a number of officials have testified to the panel, the majority via video conference. These included: Interior Minister Nicos Nouris; Finance Minister Constantinos Petrides; auditor-general Odysseas Michaelides; former interior ministers Socrates Hasikos, Eleni Mavrou and Neoklis Silikiotis; as well as the current secretary of the cabinet and former secretaries.

The committee operates as a quasi-judicial body, and has the authority to summon any person and request any documents as it sees fit.

It has a broad remit and scope, covering naturalisations granted under the CBI from 2007 – when the scheme began – up to August 17, 2020.

Passport applications via the CBI were processed by the interior ministry, with the cabinet having the final say.

Overall, some 6,700 passports were issued during the time in question. In many cases Cypriot citizenship was granted not only to the applicants themselves, but to family members also.

The panel is examining whether correct procedures were adhered to, particularly whether the successful foreign applicants met the investment criteria as these applied at any given time.

The committee is empowered to apportion responsibility – administrative, civil and potentially criminal – to any person over acts or omissions during the exercise of their duties, and can also recommend the initiation of procedures to revoke citizenships issued under the CBI.

Its findings will be forwarded to the attorney-general.

What kicked it all off was Al Jazeera’s release of a selection of 1,400 Cyprus government documents pertaining to the Cypriot investment programme, and which the media outlet claimed showed citizenship was “sold to dozens of foreigners linked to crime and corruption”.

The document dump came to be known as the ‘Cyprus Papers’.

Next Al Jazeera aired a documentary in October showing politicians here engaging in apparent wheeling and dealing. The undercover video forced the government’s hand, and it axed the investment programme shortly later.

Meantime the European Commission has initiated infringement proceedings against Cyprus over the matter. Effectively the commission alleges that Cyprus was ‘selling’ passports to investors who did not have real bonds to the country.

Late on Monday night, attorney-general Giorgos Savvides addressed criticism over the fees which are to be paid to the committee, essentially saying the recently announced increase had gone through all the appropriate channels.

The president and members of the panel will see their payments tripled. Savvides said that the severity of the investigation along with the expectedly long duration were taken into account when the decision was made.

Eurowings is hiring! Flights to Cyprus, other ‘core’ destinations to restart