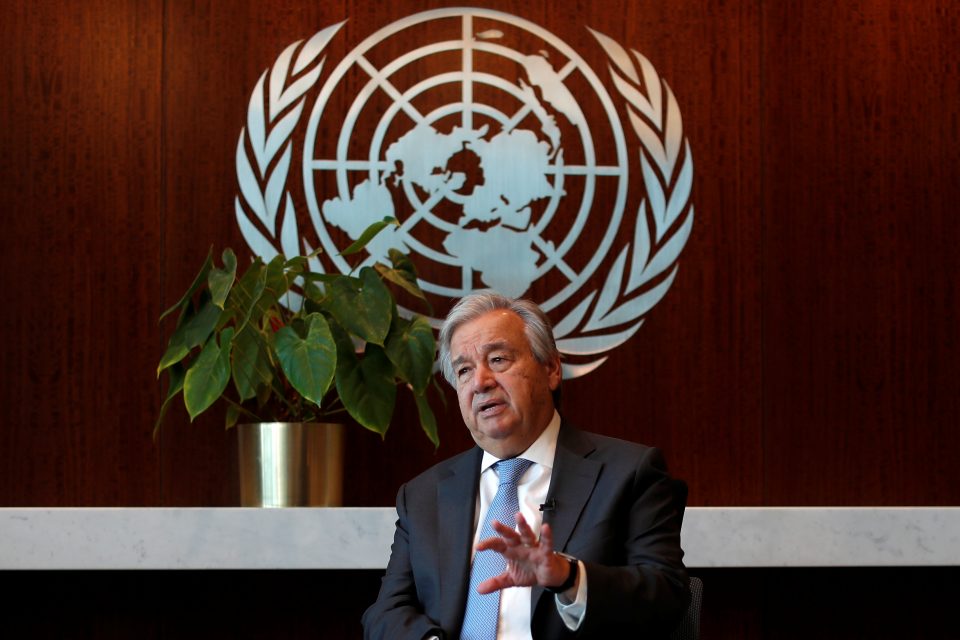 Movement restrictions linked to the coronavirus pandemic have limited contacts across the Green Line and deepened estrangement between two communities, UN secretary general Antonio Guterres said in his latest report recommending the renewal of Unficyp’s mandate for another six months.

The report, as well as the secretary-general’s report on his good offices, were circulated as official documents of the UN Security Council on Tuesday.

In the Unficyp report, the secretary general noted that there were very few face-to-face intercommunal activities or even simple interactions.

Moreover, despite the calls of the Security Council for cooperative approaches, the two sides continued to pursue largely uncoordinated responses to the pandemic and other issues affecting the whole island, he said.

The report also reported an increase in irregular crossings of the buffer zone, with at least 565 people, mostly Syrian refugees, having crossed, compared with 53 during the previous reporting period.

Changes in the asylum and migration policy of the Republic of Cyprus, in particular the barring of entry to its territory to asylum seekers since April because of Covid-19, resulted in a significant increase in unchecked crossings of the buffer zone, which likely accounted for most of the new asylum applications from July to October (2,452, compared with 4,247 in 2019), he said.

“As mentioned above, the new policy resulted in several cases of asylum seekers being stranded in the buffer zone, in one case for weeks. Unficyp, out of commitment to humanitarian principles, provided some support to the stranded individuals, albeit without any dedicated means for such interventions.”

At the same time, there was a notable increase in the number of boats carrying asylum seekers arriving in Cyprus, from both Lebanon and Turkey. Nine such boats made their way to the south from Lebanon between August and September, carrying a total of 202 people. In addition, 243 people aboard six boats who had also left Lebanon were either pushed back by the Republic of Cyprus or, for those who had reached its shores, deported to Lebanon without having been granted access to asylum procedures. There were a further 13 failed attempts of boats trying to reach the island from Lebanon.

As regards the boats arriving from Turkey, 178 people arrived on 13 boats and reportedly landed in the north and the buffer zone before crossing to the south where they were granted access to the asylum procedures of the Republic of Cyprus. In addition, 29 boats carrying 208 Syrians landed in the north, where they were detained pending their return to Turkey. A total of 198 people have already been returned to Turkey, including 31 unaccompanied and separated children, 27 of whom had their parents or other close family members in the Republic of Cyprus.

The report is expected to be discussed and approved by the Security Council on January 28.