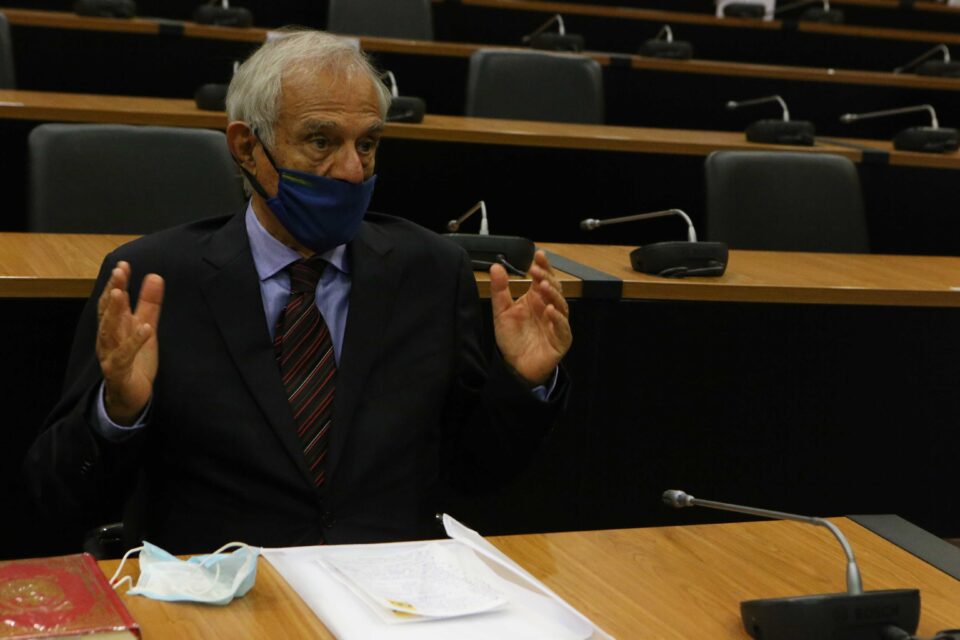 Former finance minister Michalis Sarris Thursday said using the citizenship by investment programme to focus on growth in the construction sector, which had a substantial contribution to the 2008 crisis, had been a big risk.

“We could afford the same or better incentives to other sectors like innovation and technology,” Sarris said, testifying before a panel tasked with investigating the controversial programme.

Sarris, who was finance minister between 2005 and 2008 during the Tassos Papadopoulos administration and for a couple of months at the start of President Nicos Anastasiades’ first term in office, said the programme had evolved into something different from what was introduced in 2007.

“A 2007 initiative evolved into a very different programme, which had many negative effects for Cyprus,” he said. “It had some positive short-term effects, but the negatives were more than the positives.”

As the years went by, the programme’s character changed completely, the former minister said.

“It focused on supporting the construction sector and created all these problems, which resulted in Cyprus being discredited abroad, genuine investors to be discouraged, and planning problems that we will have to deal with later on,” Sarris said.

The former minister said the programme had been proposed by the interior minister at the time Neoclis Sylikiotis with the aim of setting criteria for when the cabinet decided to grant citizenships in exceptional cases.

The programme was mainly addressed to foreign nationals, athletes, and people of culture, who lived in Cyprus.

The matter was handled by the interior ministry while the finance ministry was interested in investments in technology and research for which criteria had been set.

Of the absence of regulations, Sarris said it was not just laws and regulations but how you enforce them.

“We had a result that was on the edge of lawfulness; that is, they (investors) had issues where they lived, and we should have been very careful.”

Asked to elaborate, Sarris said “one can assume that some of these decisions were not made with objective criteria; there is no proof, but we are certainly talking about situations were from the result we see that perhaps they shut their eyes when they should have had them open.”

Former finance minister Charilaos Stavrakis told the panel that during his tenure there was no bad press regarding naturalisations and no problems with the EU.

Stavrakis, who served for three and a half years during the Demetris Christofias administration (2008-2013), said they had issued about 240 passports in the five years, perhaps 100 during his time in office.

“In most cases, the naturalisations at the time concerned people who were already in Cyprus for three years and had been given permanent residency,” he said.

Stavrakis said those individuals came to Cyprus, bought a flat and were granted residency from the interior ministry. They created jobs and in three years they applied for passports.

He admitted that gaps probably did exist but could not remember exactly.

“Something might be found afterwards, which one could say should not have been done this way,” he said.

Stavrakis said it was the interior ministry’s remit, but the finance ministry played an important role since it had to give the okay to the cabinet on the application’s financial criteria.

The former minister said as far as he remembered, no code of ethics relating to conflict of interest was observed.

He said the only criteria that was changed during his term was to include am investor’s underage children who were financially dependent.

“We thought it was a right criterion when the investor met the specifications for their children to get a passport at a later stage,” he said.

Asked why the system had been allowed to function without regulations, Stavrakis admitted the administration also had a share of the blame for the lack of regulations.

Olympics chief says ‘no Plan B’ for Tokyo Games

Breakaway ‘Super League’ players would be banned from World Cup