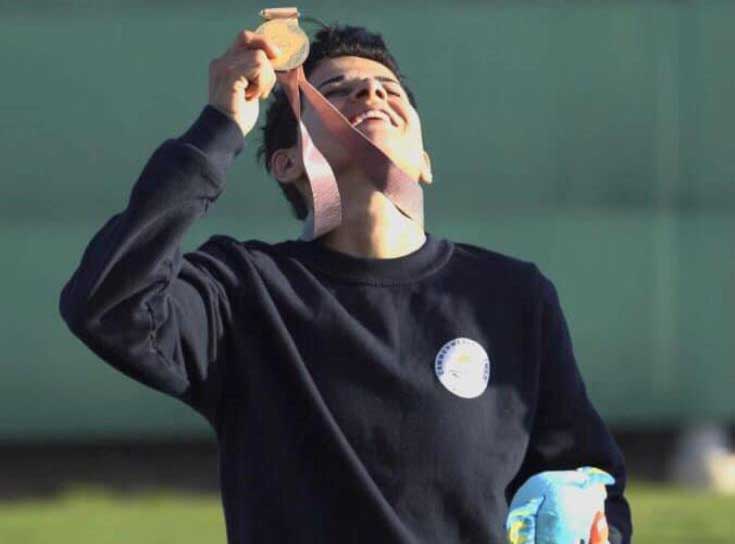 Andri Eleftheriou has filed a complaint with police

A female sport shooter who filed a sexual harassment complaint against a man she said sexually harassed her more than ten years ago, is calling on more people to come forward to spare others from going through the same experience.

Andri Eleftheriou decided to report the harassment, which she said was carried out by a former member of the Olympic Committee, after a meeting she had with Justice Minister Emily Yiolitis on Wednesday. The minister said she and the state would stand by Eleftheriou every step of the way.

In her statements to the media on Friday, Eleftheriou said that it was difficult to talk about her experiences, but she found the strength through the support of the minister and the shooting federation.

“I hope other people find the strength. To talk and not be afraid of anything. These monsters should be afraid. We cannot go back in time and change what happened. But we can save innocent souls,” she said.

The Cypriot athlete had said that she had been harassed by the same man at the 2006 Commonwealth Games in Melbourne and also in Beijing in 2008 but had not let it reach to the point of rape.

“He was constantly harassing me. I was terrified,” Eleftheriou added.

The same person had also been reported in 2011 and 2014 before being appointed headteacher at a school where there was another report, said Giovannis Savvides, chairman of the shooting federation.

Eleftheriou submitted a list of witnesses to the police who will be called for questioning, including the current president of the federation.

Police on Friday said investigations into the allegations will be carried out based on the legislation in force until 2008 when the harassment had taken place.

“The date when the offence was committed determines the legal framework based on which the case will be tried,” Cyprus Law Commissioner and the President of the Gender Equality Committee Louiza Zanettou told the Cyprus Mail.

According to Zanettou, ‘indecent assault’ was considered a minor offence prior to 2009 corresponding to a two-year maximum prison sentence.  In 2009, the sentence was raised to five years.

If trialed on the basis of sexual harassment at work based on the equality between men and women in employment law, the maximum sentence counts six months in jail.

However, some amendments in the legislation in 2007 which are no longer enforced and concern the adult sexual exploitation under the human trafficking law foresee for a maximum of ten-year prison sentence, Zanettou added.

“Police will have to investigate and determine based on which provision the case will be trialed,” she said.

Eleftheriou reported the case following revelations by Greek Olympic gold medalist Sophia Bekatorou about her rape by a high rank official of the Hellenic sailing federation back in 1998.

In an answer to people who asked why the women did not report their abuse when it happened, children’s rights activist and former footballer Anastasia Papadopoulou said that the issue of sexual harassment and rape was recently “accepted by society”.

“In Cyprus the legislation was revised six years ago, the procedures were revised three years ago, the Children’s Home was established and finally the interest of the victim was put above the procedures themselves. I mention these to remind you that it was not easy to talk a few years ago,” Papadopoulou wrote on her Facebook page.