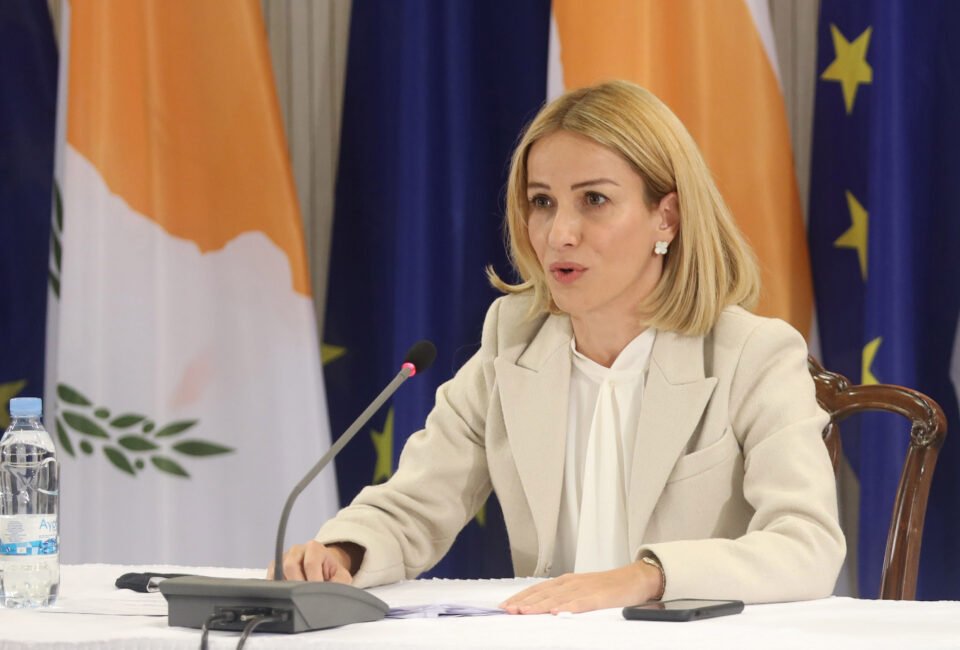 Concluding Thursday night’s televised address, President Anastasiades described the measures to combat corruption, which were to be announced the following day, as “the biggest mission ever undertaken in the Cyprus Republic in order to create the strongest possible network of protection against corruption.” Friday’s presentation of the measures, made by Justice Minister Emily Yiolitis, with Anastasiades by her side, not only lived up to the billing, but surpassed it.

Yioltis announced so many measures, she gave the impression she was a minister of a revolutionary movement that had toppled the old regime and was imposing a radical reform programme to clean up the country of corruption, crooked officials and dishonest businessmen – to drain the swamp as Donald Trump would say. The revolutionary government, however, would have to be in power for at least 10 years to implement this ambitious and far-reaching clean-up project that is designed to shake up the old regime. A reality check may be in order. The Anastasiades government has two years left in office and has assigned itself a project that would need at least one full presidential term to be implemented.

To give an indication of the colossal task the government has given itself here are a few of its proposals: the attorney-general and the council of ministers to appoint criminal investigators; the disclosure of state tenders’ procedures and decisions becomes mandatory; the authorities given the legal power to reclaim assets obtained by illegal means; companies that acted unlawfully to be excluded from state projects; surveillance of phones of people suspected of corruption; the monitoring of asset statements of politicians and officials by certified accountants; transparency on the funding of political parties; free access to public records, archives and government documents for all citizens; internal audits of ministry procedures and of the police force; protection of whistleblowers; setting limits to parliamentary immunity; increasing the penalties for abuse of power by officials; legal framework for prosecuting football match-fixing; reform of the justice system; the setting up of independent committee for appointments and promotions in municipalities and SGOs.

Even if the government was fully committed to this mass reform it would still have to overcome the opposition of political parties benefiting from the existing state of affairs, unions that consider any change an attack on workers’ conquests and many other vested interests. Anastasiades raised this issue on Friday, saying that “effective combating of corruption is not the task of just the executive, but demands the strong political will and cooperation of the legislature, political forces, institutions, NGOs, professional bodies and, more broadly, the society of citizens.” Yiolitis echoed this view, underlining that to achieve this ambitious target, everyone was required to cooperate, “but above all society of organised groups and every citizen individually.”

Had the government secured the cooperation of all these disparate groups to achieve this objective? Is it likely that parties, like Akel and Diko, that have been unrelentingly condemning government corruption in view of May’s parliamentary elections would join Anastasiades’ war on corruption when they were prepared to leave the country without a 2021 budget to punish the government failure to do anything? Would the NGOs and individuals that blame Anastasiades for the abuses of the citizenship scheme suddenly join his campaign to drain the swamp, assuming he wants more than their applause for his good intentions?

If the government believes everyone needs to cooperate, should it not have invited the political parties to take part in the formulation of the policies as this was a matter of national importance that everyone supposedly wanted addressed? There would have been more of a chance the measures would have been supported by parties if they were given part ownership of the so-called fight against corruption. As with many things the Anastasiades government undertakes, little thought was given to how the grand objective would be achieved. First, the sheer volume of measures proposed is unmanageable; second there does not seem to be any prioritisation or implementation strategy; third, not involving political parties in the project will delay or jeopardise implementation of most measures.

Tales from the Coffeshop: Prez Nik doth protest too much

The long road to citizenship