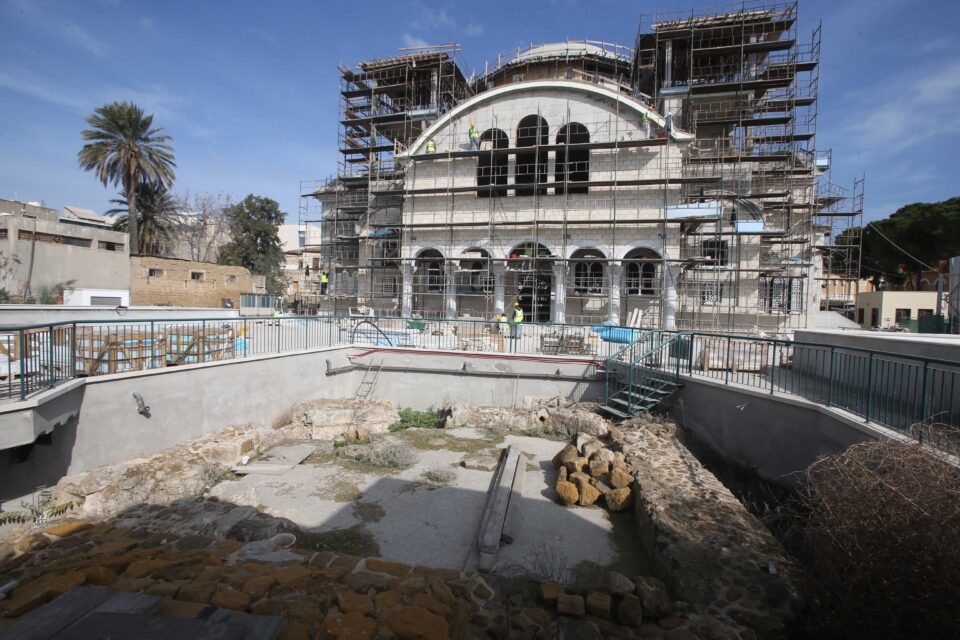 Outrage from all sides greeted the bulldozing of four listed buildings in old Nicosia by the Church. There was mass condemnation of the unlawful action by the Archbishopric, described as ‘criminal’, and an ‘assault against culture.’ It is not often we witness such a united front among the political parties and civil society, all of whom lashed out against the Archbishopric’s utter contempt for the law.

These were listed buildings that should have been renovated and restored by their owner, the Archbishopric, instead of being demolished on the dubious grounds that they were a danger. They may have been in danger of collapsing, but this was because their owner had refused to spend any money on much-needed repair work to prop them up. And this was because the Archbishopric wanted these buildings out of the way, not blocking the new cathedral that is under construction.

The bulldozing of the buildings helps destroy the architectural heritage and character of the old town many argued and demanded that they were restored. In reality, however, the destruction of the character of the old town started long before the demolition of the four buildings. It started when the Nicosia Municipal Council approved the Archbishopric’s application to build an enormous 26-metre high cathedral that is completely out of place and proportion with its surroundings.

The application should have been rejected for aesthetic and cultural reasons – to protect the heritage and character of the old town – but the majority of councilors approved the modern architectural monstrosity. Even if the Church renovated and restored the four buildings next to the cathedral, the character of the area would still have been destroyed by having such a huge cathedral towering over everything.

According to Nicosia Mayor Constantinos Yiorkadjis, the law stipulated that “illegally demolished or altered traditional structures are to be rebuilt or restored to their original state.” Other politicians have also demanded that the houses be rebuilt, but the Archbishopric has not always complied with the law, especially under the current Archbishop, who has often behaved as if the law and state regulations did not apply to the Church.

The authorities must come down hard on the Archbishopric if only to make it clear that the Church is not above the law. The character of the area has already been wrecked by the construction of the cathedral and it will not be salvaged by rebuilding the four bulldozed buildings, but at least the authorities could take this opportunity to show the Church that it is subject to the same laws as every other organisation and business.

Commissioner says children should be involved in running of schools

Is the G7 tax agreement a threat to Cyprus’s foreign direct investment?