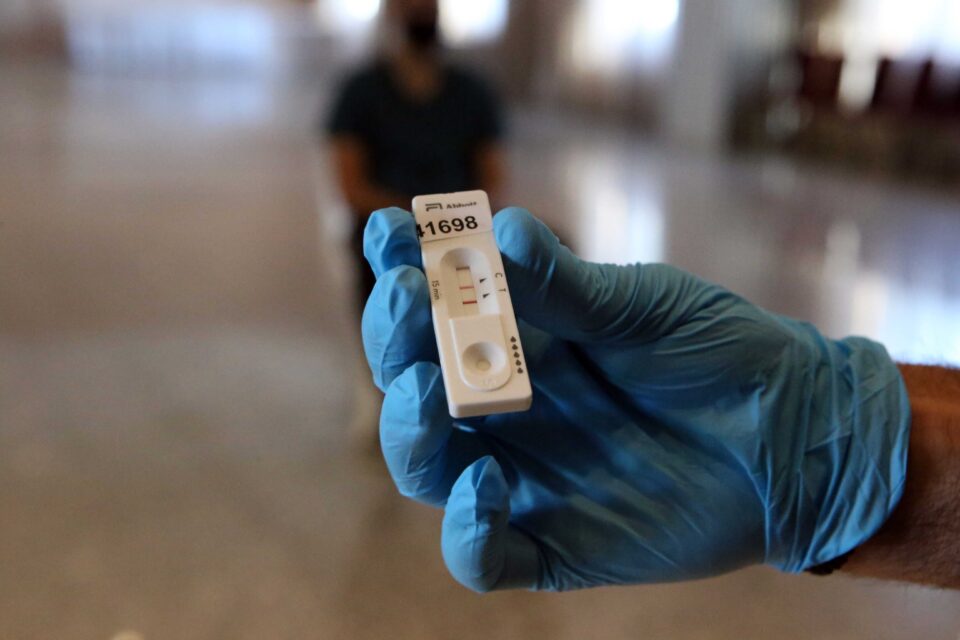 The Turkish Cypriot community will receive 75,000 rapid test kits from the EU, it was reported on Tuesday.

According to Turkish Cypriot daily Halkin Sesi, 75,000 the rapid test kits will be delivered to the north through the bicommunal technical committee on health.

Meanwhile, it was announced that a 17-year-old boy had been infected with Covid-19 before the first recorded case in the north.

According to the Near East University, the Turkish Cypriot boy had visited its hospital with symptoms of respiratory infection on March 11, 2020.

The university went back and tested 172 samples collected from patients with similar symptoms between September 1, 2019 and March 15, 2020 and found that the boy had been a carrier of Sars-Cov-2.

The first officially confirmed case recorded in the north was a 65-year-old German woman on March 10.

According to the university, “considering the two to 14-day incubation period of the virus, it is understood that the patient who was found to be positive was exposed to the virus before the German tourist group, which was announced as the first case.”

The teenager, who was admitted to the hospital with fever, cough, severe muscle and joint pain at that time, was the first case in the breakaway state, the university said.

“The diagnosis showing that the patient has a history of Covid-19 was once more confirmed through the antibody test dated February 1, 2021, which was carried out with the patient’s approval.”