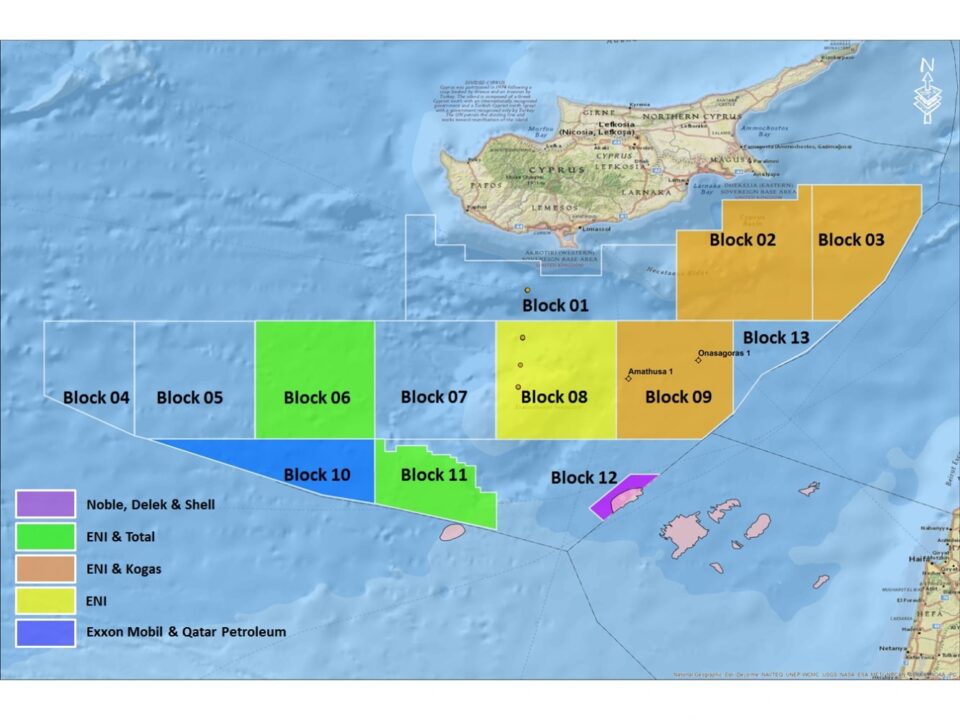 Cyprus’s Aphrodite gas field, located in located in Block 12 of Cyprus’s exclusive economic zone, and with reserves of 129 billion cubic metres, is expected to begin production in 2025.

But will there be a market for Cyprus’s gas at that time?

We asked EY’s Simon Collier how best that production could be monetised, whether via pipeline to Europe or via other means.

The London-based Collier is Associate Partner in  the EY UK&I Energy Law team. He advises on complex cross-border transactions in both the oil and gas and power sectors, including project development, acquisitions and disposals, joint ventures and financings.

Question: Cyprus’s Aphrodite gas field is expected to start production in 2025. Part of the gas from the field is to be processed in Egypt. But the plan by the Cyprus government is to sell gas via pipeline in Europe. Do you believe that the market will evolve in such a way as to make this possible?

Collier: Although it is my view that the most practical way to monetise Aphrodite gas in the short to medium term is to use existing Egyptian liquefaction facilities, as the Cyprus government intends, it is certainly possible that Cypriot gas could also be exported by pipeline to Europe. Europe will continue to need gas supplies for many years, and the hope is that new technologies will allow the carbon footprint of gas to be reduced. For example, if the hydrogen economy builds momentum, as is hoped, it is likely that ‘blue’ hydrogen (i.e. hydrogen produced from natural gas by steam methane reformation coupled with carbon capture technology to capture the carbon dioxide by-product) will play a major part. In that circumstance, a new market for gas will appear in Europe. It then becomes a political decision as to whether Europe should use European gas, including pipeline gas from the East Med, or continue to import gas from other regions.

Question: The European Union seems to be moving away from financing gas in favour of renewables and hydrogen, in particular. Actually implementing these will take a number of years. Will LNG continue to be financed in the interim?

Collier: It is true that the European Investment Bank (the lending arm of the European Union) plans to phase out support to energy projects reliant on unabated fossil fuels. The EIB will continue to approve projects already under appraisal until the end of this year. In addition, during this year, the EIB may approve other gas infrastructure projects included in the European Union’s list of of Projects of Common Interest and co-financed with the EU budget.

Of course, the European Union is not the only available financing source. Other lenders have their own policies and, ultimately, if there is a commercial case to build new LNG export facilities to monetise East Med gas then financing may well be available.

Question: There is also discussion of selling the gas from Aphrodite in the region. You discussed this to some extent at the webinar, but could you explain how you expect this market to evolve from now until 2025?

Collier: While it is not easy to predict how the regional gas market will develop, where there is demand for gas from within the East Med region when Aphrodite comes on stream, it is logical that those demand centres could be supplied from Aphrodite. In the first instance regional supplies probably still means taking gas to Egypt and then supplying the regional market from there.

The nature of LNG is that it gives flexibility that is not possible with pipeline gas – Aphrodite could supply any market in which its gas is cost competitive when delivered.

Question: There are technology developments underway that might aid Cyprus in 2025 to sell more gas.

Collier: Yes, I do. There are certainly technological developments, such as carbon capture technology, that have the potential to both significantly decarbonise existing gas infrastructure, and to create new demand for gas (such as for blue hydrogen production).

Shipping is also another key area in which technological, and political, developments could create new demand for gas. Shipping is an industry that is very difficult to fully decarbonise. Encouraging the use of LNG powered vessels would certainly be a step in the right direction and may be the most pragmatic step that could taken to decarbonise the industry in the medium term.