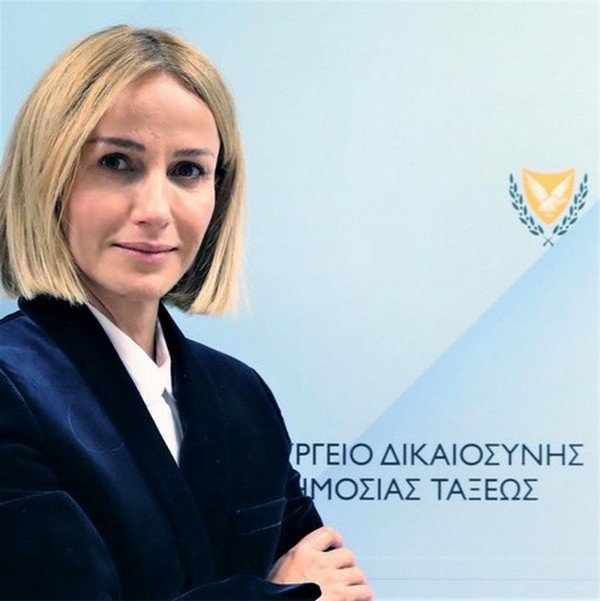 Justice Minister Emily Yiolitis on Wednesday said police followed standard procedure while handling her complaint last December against a parody account on Twitter, which had targeted her father.

The minister issued a statement clarifying she did not blame the police for the way they handled the case including searching the home of a woman they suspected of being behind the account ‘Lady Emily Kardashian Duchess of Yiolou’.

She said she was prompted to clarify after statements to CyBC earlier in the day that suggested she was criticising the police.

“The police acted according to the procedures they always follow in similar cases,” Yiolitis said in her statement.

But discussing the case earlier on CyBC radio, Yiolitis said she was saddened that standard procedures meant they entered the house of a fellow citizen and “caused any discomfort”.

She added she was sorry about the incident irrespective of whether officers had entered the right house or not.

She said, however, that searching homes was “a disproportionate action” for an online post. When the issue is discussed in parliament on Monday, she said, and since many MPs file similar complaints, they will discuss another possible process that can be followed in such cases.

Yiolitis was accused at the time of abusing her power.

“I did not exercise any power, nor have I been involved in any way in the investigation procedure police followed,” she added.

The minister also expressed sadness over the criticism against her, arguing that many politicians file similar complaints without anyone ever targeting them like she has been.

“It causes me great sadness that while in the past politicians followed the same procedure without any uproar, in my case the opposite happened.”

She added that many criticise her of complaining about the existence of the parody account but said the account existed long before she filed the complaint, which was only after they made a post about her father. Yiolitis said she sought to protect her family which is something anyone would do.

Last December, police searched the home of a teacher from Larnaca saying the force’s information processing department had indicated that the creator and administrator of the account was the woman in question.

Officers searched the home and seized all electronic devices, including those belonging to the woman’s two children. They were returned soon afterwards after finding nothing.

Yiolitis said after that she was dropping the case and had no further demands.

The woman denied any involvement and last month the supreme court cancelled the police search warrant used to enter her home.

The supreme court ruled that the affidavit used to secure the warrant lacked the specific reasons why the police wanted to find and seize the equipment and the request should have been rejected. It said that the Larnaca district court had exceeded its jurisdiction when issuing the search warrant.