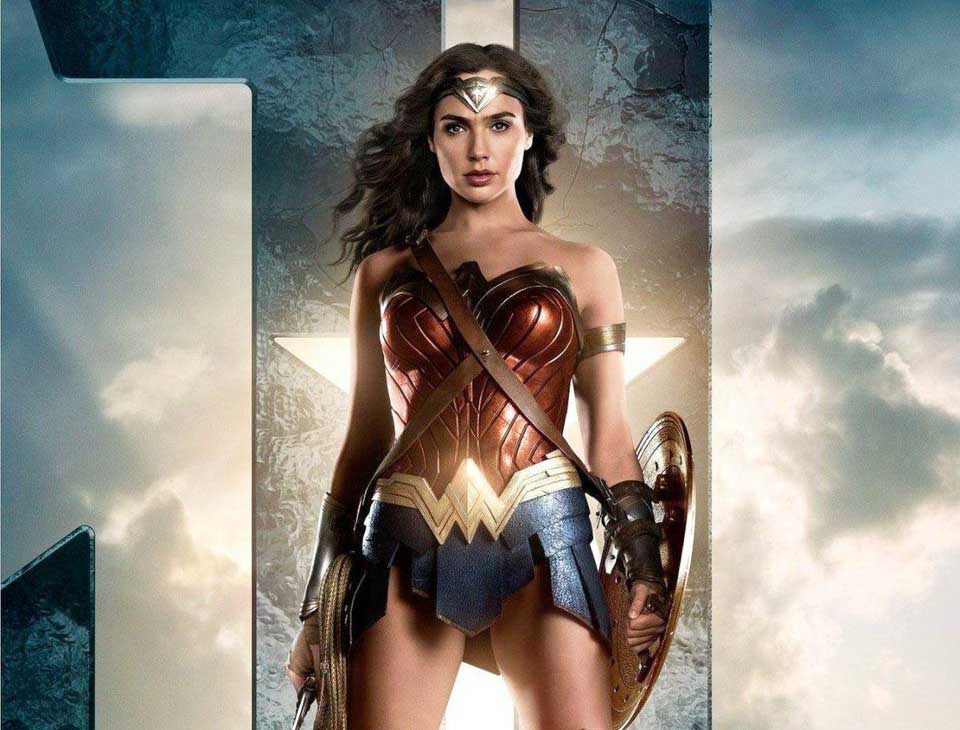 Dr Richard Dickenson wrote knowledgably last week about male and female testosterone levels. Males have more, yet some women are described as ‘ballsy’ sans the actual male marbles, the attitude they display attributed more to mental activity rather than below the navel appendages. The mythical Amazons, female warriors led by a feisty queen, stories say, created the foundations of many towns, among them Paphos.

And while Cal Gadot makes a beautiful Wonder Woman I can’t imagine that any self-respecting, fashion-conscious Amazon, would have been seen dead in the kitschy costume she sports when they dressed up to visit Gargarensian males for their once-a-year sperm doner unions. And their slicing off of a breast to facilitate better archery no longer holds sway. Speaking of breasts, Lara Croft’s secret weapons were concrete boobs that remained steadfastly jiggle-less no matter how active she was. All she had to do was clutch an enemy to them and hug hard!

February 1 is the feast of St Brigid, a prominent Irish patron saint who ruled over a double monastery of monks and nuns. She bore the name of the Celtic goddess of healing and fertility usually called on to assist women in labour. Brigid would have to have been ballsy given the misogynistic Roman Christian male hierarchical structures around her that surely viewed a woman in authority with simmering distaste.

Then there was the fearless pirate sea queen of Connacht (Ireland’s west) Grainne Uaile (Grace O’Malley). In 1593, she visited the English queen with the big hair wig, big gowns, loads of jewels and, under all that, the fighting heart of a man. Their queenly chat, apparently, had Grace asking the other grace for a letter allowing her ‘to invade with fire and sword all Elizabeth’s enemies’; basically, placating and keeping the red-head off her back while she did her pirate thing.

Long before the ‘virgin’ queen sat on her throne, the magnificent warrior queen Boudicca led the first-century AD rebellion against Roman invaders. A rebellion in which she and her daughters suffered horribly. Pain and torture did not quell her spirit. Celtic women, like some of their female Viking counterparts, were acknowledged as wielding a weapon in battle as well as a man. In the series Vikings one of the most popular characters was the blonde warrior Lagertha. Like many other legendary ladies, she is probably a composite. In the series she’s the mother of Bjorn Ironside by Ragnar Rothbrok: disputable. But then, film and series makers and writers are known to fiddle with facts or fiction when it suits the storyline or makes it more appealing or interesting. Or when they have to amalgamate characters because there are too many to cover individually. Ragnar on screen was Lagertha’s first and enduring love.

Vikings, like the Irish and the Welsh, had a penchant for nicknaming people. Among Ragnar’s sons was the disabled Ivar the Boneless whose disability didn’t stop his warring activities. Ragnar was known as ‘Hairy Trousers’, because of improvised armour he was said to have worn, no given source – wolf, sheep or dog. Kinda kills the lusty, romantic warrior image, doesn’t it? Lagertha never called him ‘Darling Hairy Trousers’ in Vikings.

The sagas and myths of Ireland, Greece and Scandinavia have given writers much inspiration over years. Men no longer dominate the entertainment headlines as warriors or heroes, comics have certainly added to the list of formidable ladies. Game of Thrones gave us some really strong-minded gals. For me the most believable among them was Brienne, the towering warrior who absolutely looked as though she could go through an army of enemies like a slicing machine through bread.

Stories of these wonderful, and at times questionably over capable women pad out the dull spots in our work-a-day lives. But aren’t the real warriors the everyday women who have to fight on meagre income for survival and go without what most regard as necessities so their children have enough; the disabled; the blind; real female soldiers – veterans who lost more than time in uniforms of their homeland; women with special needs who refuse to be slotted into a file labelled ‘helpless’. Women coping with abusive husbands, or mental stress for whom each day is a battle to wade through. The heroes we pass in the street who have weight on their shoulders and minds that do not show like broken limbs. I knew a quiet, unassuming old lady who lived alone with loving family keeping an eye out, but liked to be as independent as age allowed. It was only when I attended her funeral and saw the crowd that turned out for her, among them dignitaries of state, and heard glowing speeches about her character and her deeds, did I realise she had been a heroine in Cyprus during the fight for independence. A wonder woman in ordinary clothes.

Cup with Centaurs: the craft of Roman silverwork