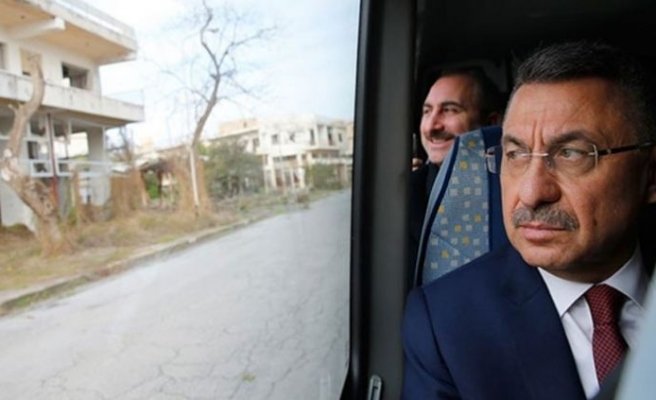 File photo: Fuat Oktay being driven through Varosha during a visit in 2020

Turkish Vice President Fuat Oktay said on Wednesday that Varosha cannot remain a ruin forever and that Turkey can transform it into “the pearl of Cyprus” once again.

Speaking to Turkish Cypriot broadcaster Bayrak during a visit to the north on Wednesday evening, Oktay said Greece and Greek Cypriots “must accept that Varosha is now open,” which, in his opinion, constitutes a positive improvement compared to the recent past.

“The reopening of the fenced-off town is a gesture of goodwill from Turkey,” he said.

“It is better for Varosha to have children riding around town on their bikes than mice wandering around the ruins,” he quipped.

Oktay called on Greece and Cyprus to solve their difference by communicating in a civil way.

“We can solve all problems and address every issue by simply talking. Something other than that makes any solution difficult,” he said.

On the Cyprus issue, he described Wednesday’s remarks by Turkish President Tayyip Erdogan, who said that the only way to resolve decades of dispute over Cyprus was to establish two states on the island, as historic and clear.

“We can talk and negotiate two separate states on the basis of two equal states and two equal societies in Cyprus,” said Oktay.

“We can talk about how to fill this in, but now the idea of a bicommunal, bizonal federation needs to be left behind.

“Negotiations on a bi-communal, bi-zonal federation have been going on since 1968 and they have always failed. It is time to find a new solution to the issue,” he added.

Speaking about the discovery of hydrocarbon resources in the Eastern Mediterranean, Oktay said they could be a means to peace rather than conflict, noting that the Turkish Cypriots tabled a proposal to share the natural wealth, which he said to be still valid.

Responding to Greek Prime Minister Kyriakos Mitsotakis, who urged Turkey to end its provocations in the region, the Turkish Vice President said that “if Greeks want to find the intruder in Cyprus, they only need to look at a mirror.”

Finally, Oktay said he wishes to see the north “stand on its own feet.”

“Turkey’s wish is to make the north more stable, more independent and more productive. There is an urgent need for a positive agenda and political stability.”

Government employment in January up by 0.8%