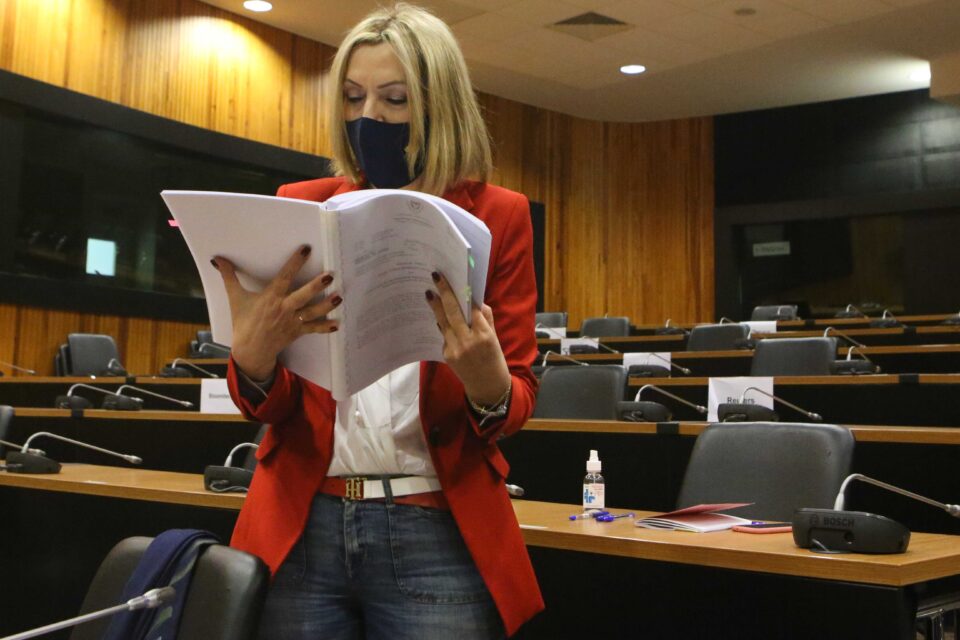 Akel MP Irene Charalambidou on Friday described abattoir Cypra’s payment schedule of late veterinary fees as an interest-free loan extended to the business by the state.

Charalambidou was the first witness to testify before the three-member panel appointed to probe the Cypra slaughterhouse case.

And Greens MP Yiorgos Perdikis, the second witness in the case, spoke of pollution, illegal constructions and illegal pumping of water from the state dams.

The business, which is owned by the husband of the state treasurer, found itself in the eye of the storm last November after some 100 staff at the facility tested positive for the coronavirus. It later emerged that the majority were asylum seekers who had not been declared to the department of social insurance.

The matter gradually snowballed, revealing building code and environmental violations that were never properly addressed, ostensibly due to slow bureaucratic and legal procedures.

Sworn in on January 7, the investigative committee has been mandated to conduct a full and thorough investigation into Cypra Ltd, Cypra Bioenergy Ltd and other affiliated companies and their directors and shareholders.

Their mandate includes the legality of the actions of state authorities and whether there have been any interventions by anyone for the benefit of the companies concerned.

Veterinary fees are collected by slaughterhouses and then paid to the state. When a company withholds €1m from the Republic without interest, this is equivalent to state aid, she said.

Cypra, which has welcomed the probe, was represented by lawyer Elias Stephanou who asked that company representatives be able to attend and if possible cross-examine witnesses.

He said that the committee was investigating whether the company had received preferential treatment from state services, and under article 44 of the law company lawyers were allowed to be represented.

The company representatives did not wish to replace the role of the committee but wanted to have the right to point out issues that the panel may not know, so that they can have a comprehensive picture when witnesses testify, he said.

Committee chairman Haris Poyiadjis said that the company’s representatives could attend but not cross-examine. However, at the end of the procedure they would be given the option to bring up some issues which, if the committee found to be important, could be raised through the committee. However, they would not have the right of direct intervention.

During the hearing, Stephanou intervened to remind the panel that according to the auditor general’s report, Cypra was the only company which paid veterinary fees and that it was not possible to impose interest on late payments.

Perdikis came to the committee with a thick file with the correspondence between him and a number of state officials on Cypra dating back to 2008 which he submitted as evidence. He testified for about three hours on Friday and will continue on Wednesday.

The MP said he had started becoming involved with the issue after complaints and protests from Kato Moni residents, noting that some of the correspondence from the interior ministry detailed cases of illegal construction which the district office has ordered to be demolished but which he believed still stood.

He also referred to a letter from the agriculture ministry confirmed Cypra was pumping too much water from Xyliatou dam. And he said he had received complaints of a bad odour and of sewage.

As regards the state treasurer Rea Georgiou, he said that not once over the years had there been any intervention or contact from her. “I believe that her husband should have been more careful with his business activities, not to be involved in public issues and have put in a difficult position an official who until then had no complaints against her,” he said.

Speaking to reporters afterwards, he said that the town planning violations were evident, and the panel had a duty to investigate potential responsibility of those who should have dealt with the illegalities and the environmental threat, which they appear not to have done.