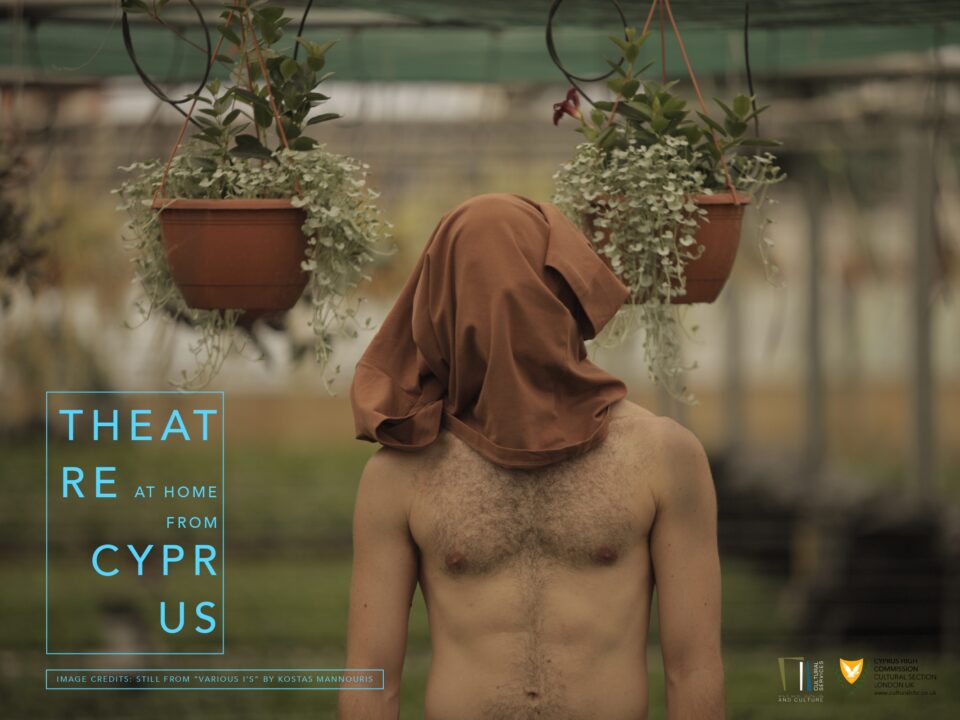 The Cyprus High Commission is taking experimental Cypriot theatre to the UK for the first time. Cutting-edge performances produced during lockdown as a response to the pandemic by independent Cypriot theatre groups comprise the online festival THEATRE at home/ from CYPRUS. UK audiences will enjoy a month of experimental adaptations of classic texts and original works, devised and presented in hybrid formats.

Between February 25 and March 19, a new performance will be released every Thursday at 7pm UK time and will be available to watch for 48 hours on: vimeo.com/ondemand/cyprustheatre. All performances are in Greek with subtitles in English, and free to watch for audiences in the UK, using the promo code CYPRUSTHEATRE.

Some performances, such as The Chairs by EnactTheatre, we’ve had the opportunity to watch through online platforms available in Cyprus as well. Others such as The Dream of a Ridiculous Man, which kickstarts the festival on Thursday 25, haven’t reached our screens yet. This play is an adaptation of Fyodor Dostoevsky’s short story by Kostas Silvestros and Stela Fyrogeni.

Next on the programme is The Chairs by Eugene Ionesco, directed and performed by EnactTheatre, with film direction by Kyros Papavassiliou. It will be available on the platform on March 4 for 48 hours. Then, The Flood, will follow on March 11, conceived and directed by Magdalena Zira, with the film direction by Elena Alonefti. The final performance will be screened on March 18. A piece called Various I’s by Kostas Mannouris, directed and performed by Marios Mettis.