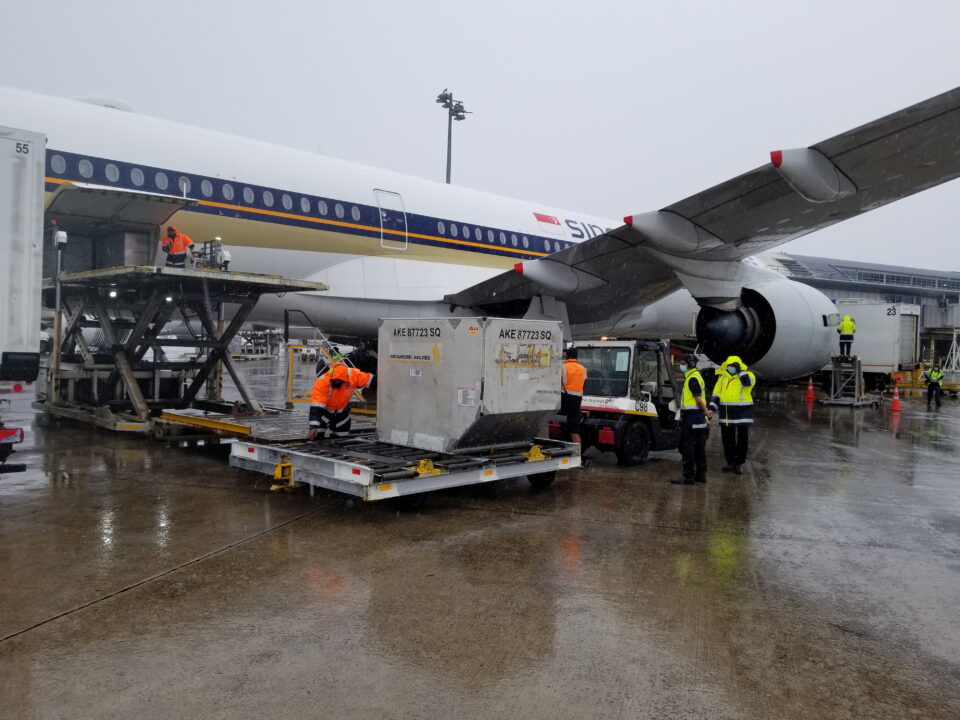 Australia and New Zealand have received their first COVID-19 vaccine deliveries and will begin rolling out inoculations in the coming week, while populous cities of Melbourne and Auckland remained locked down following the emergence of new cases.

“The Eagle has landed,” Australian Health Minister Greg Hunt told reporters in Canberra on Monday as the first shipment of 142,000 doses of the vaccine developed by Pfizer Inc and Germany’s BioNTech touched down.

Vaccination in Australia will start from Feb. 22.

“This will be the largest full-scale vaccination campaign in this country’s history,” Ardern said.

“We have purchased enough vaccines to cover all New Zealanders and to do so for free. That includes all those in New Zealand regardless of their visa status,” Ardern said.

Both countries have snap lockdowns in place in populous cities after a cluster emerged from a quarantine hotel in Melbourne and as New Zealand authorities investigate how a strain of a highly transmissible UK variant was found in three members of an Auckland family.

Victoria, Australia‘s second-most populous state, reported one new case on Monday, taking the total in the cluster linked to the quarantine hotel to 17. The most recent is the mother of a three-year-old child who tested positive a day earlier.

The leader of Victoria said it was too early to say if the five-day lockdown would end as planned on Wednesday evening. Its over 6 million residents are required to stay home except for essential shopping and work, caregiving and outdoor exercise.

The Australian Open tennis tournament, being held in the state capital of Melbourne until Feb. 21, has barred spectators until the end of the lockdown.

Across the Tasman Sea, Auckland’s nearly 2 million residents were plunged into a new three-day lockdown on Sunday, prompting Australia to suspend a travel bubble with New Zealand.

Auckland’s lockdown is the first in six months for New Zealand, after a hard shutdown early in the pandemic appeared to have largely eliminated local transmission.

New Zealand was ranked the best performing nation among almost 100 in an index by Australia‘s Lowy Institute based on containment of the coronavirus.

Australia came in at number 10 as border closures and lockdowns in both countries successfully contained the spread.

New Zealand has reported 2,330 confirmed and probable cases since the start of the pandemic, including 25 deaths. That compares to under 29,000 cases and 909 deaths in Australia.

Locked down and lonely, London Zoo faces fight to survive (with pics)