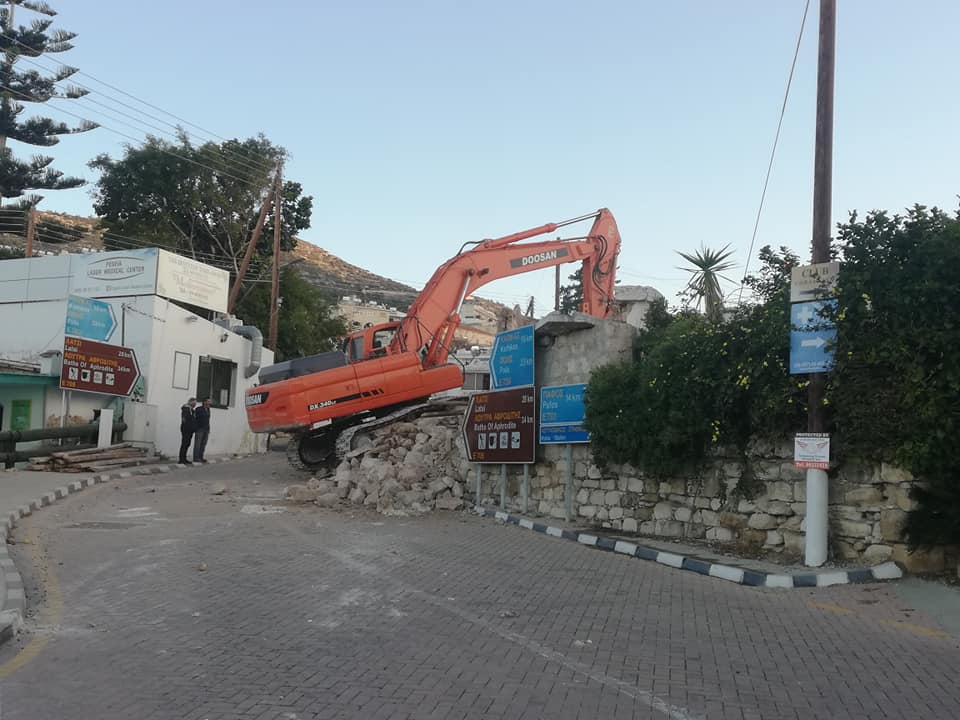 Work is underway to provide a better road network in Peyia which started with the demolition of a house on a dangerous corner allow road widening on Sunday, local authorities confirmed.

Improvements are due to be made to the existing road that connects the centre of Peyia with the tourist area of Coral Bay, local councillor Linda Leblanc told the Cyprus Mail on Monday.

The widening of the existing road, and the improvement of visibility for drivers and pedestrians at the junction of Michalaki Kyrianou street and Akamantos Street, involved the demolition of a house and is a priority for the municipality, she said.

The project comes with a total price tag of 5 million euros of which 80 per cent will be covered by funds from the state as it is an official public works project, the remaining 20 per cent will be the responsibility of Peyia municipality.

“This project has been a long time coming, around 12 years. It will include a number of roundabouts which will help to slow down traffic, pavements will be created and so on.”

The municipality acquired the property which has been demolished at the junction of Akamantos Street and Michalaki Kypriakou Avenue, as it was a dangerous corner, she said. In addition, other land has been compulsorily acquired.

No timetable has been agreed as to when the project will further progress as the last ‘bits’ of  red tape and bureaucracy are being sorted out. However, it is expected to get underway soon, she said.

On his Facebook page, Peyia mayor, Marinos Lambrou noted that the studies for the project have been completed and its announcement is expected within a month.

The first phase of the project which is 2 km long and comes at a cost of around 2.5 million euros.