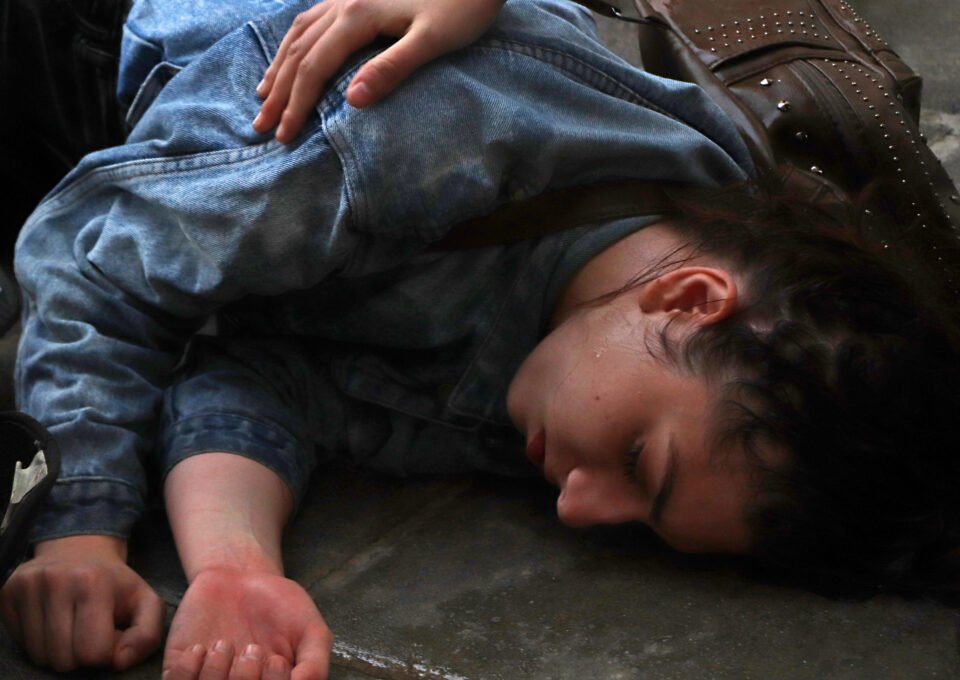 A young musician who risks losing her sight in one eye following injury by a police water cannon at a Nicosia protest will file a lawsuit against specific officers, she told the Cyprus Mail on Tuesday.

Anastasia Demetriadou, 25, otherwise known as Nama Dama, underwent a laser operation on Monday to prevent a retinal detachment after suffering retinal tears and vitreous haemorrhage in her left eye.

“This doesn’t mean she escaped the risk. She is almost certainly going to have 25 per cent sight loss,” ophthalmologist and director of the Pantheo eye centre in Limassol Theodoros Potamitis told the Cyprus Mail.

Demetriadou will remain under close supervision by the doctor as there is a ten per cent chance of retinal detachment, which would result in blindness.

The musician was injured while dancing on the pavement during the ‘Enough’ protest on Saturday, when police used a water cannon to disperse the crowd. The force has been widely slammed for using excessive force to stop the protest.

The musician has a meeting with Justice Minister Emily Yiolitis next week to give her account of what happened. The minister also called the musician on Sunday to express concern about the situation.

“Yiolitis urged me to proceed with the lawsuit. She told me she doesn’t know what happened at the protest nor who gave the orders and that she is trying to figure it all out,” she said.

Demetriadou, despite being in pain from her operation, was also preparing to file a written complaint to the independent authority for the investigation of complaints against the police.

“I don’t want personal compensation, I want the specific officers to get punished appropriately for what they did,” she said.

The day after the protest, Demetriadou went to Nicosia CID and was transferred by a female police officer to Nicosia general hospital where she was examined by a state medical examiner.

“Having the forensic examination will allow me to proceed with a complaint. Even if it will take years, I will keep fighting,” she added.

Asked whether she will participate in a new protest this coming Saturday she said “probably not” because “I have abundant respect for my ophthalmologist”, who told her she needs three months to recover.

But she said she would encourage others to participate.

“Our fight started now and if we care for this island we call our country, we must all strive for a better Cyprus,” Demetriadou added.

Potamitis performed the laser operation for free and Demetriadou said she will donate the equivalent amount.

Demetriadou’s first EP came out this week, called Confessions to My Songbird. Find it at https://www.namadama.online/.