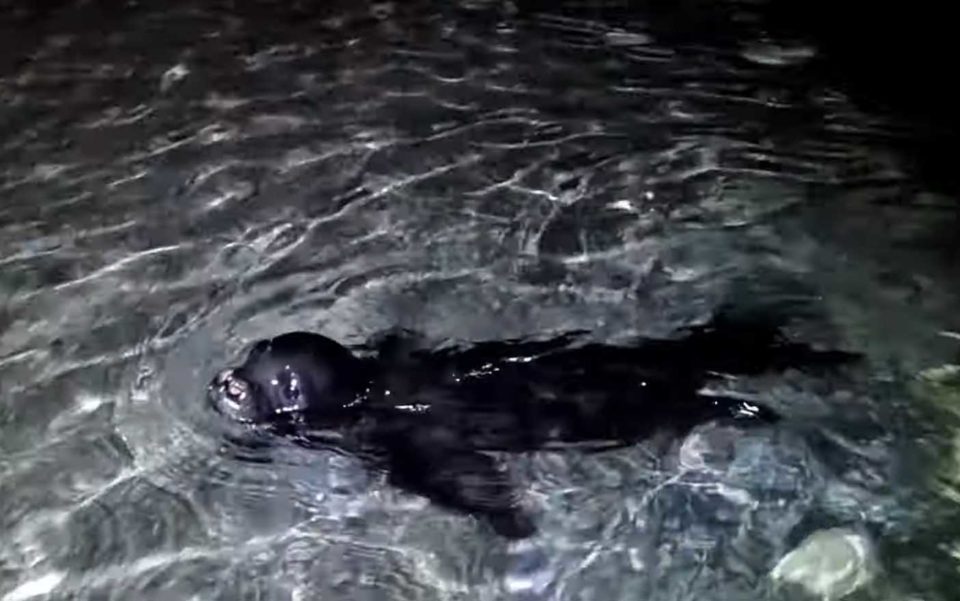 The Mediterranean seal population of Cyprus is still being closely monitored, the ministry of agriculture announced on Wednesday as it released a short video of seal activity.

The ministry celebrated the birth of three Mediterranean seals (monachus monachus) in 2019, which was considered incredibly important as they were the first in decades.

Even though no new births have been recorded since, the existing population is still valuable in recording important data.

The island’s most important sea caves are being monitored through cameras on a 24-hour basis, with footage contributing to research on Mediterranean seals, which are among the rarest mammals in Europe.

Almost all seals have been identified, as each has unique markings that distinguish it from the rest. This also enables experts to record the seals’ movements and the frequency with which each seal uses specific sea caves.

A Facebook video posted by the agriculture ministry showed footage from the caves, introducing Napa and featuring Amathus and young Triton, one of the seals born in 2019.

The Mediterranean seal has been protected since 1971 by the 1990 Fisheries Act. It is also protected by the Barcelona Convention, which Cyprus ratified.

It is considered a priority species in the European Habitats Directive and its conservation requires the designation of special conservation areas.

In the case of people finding or coming into contact with the seals, the ministry has urged the public to call 22807841 or email [email protected]

Dutch government races for plan B to uphold curfew