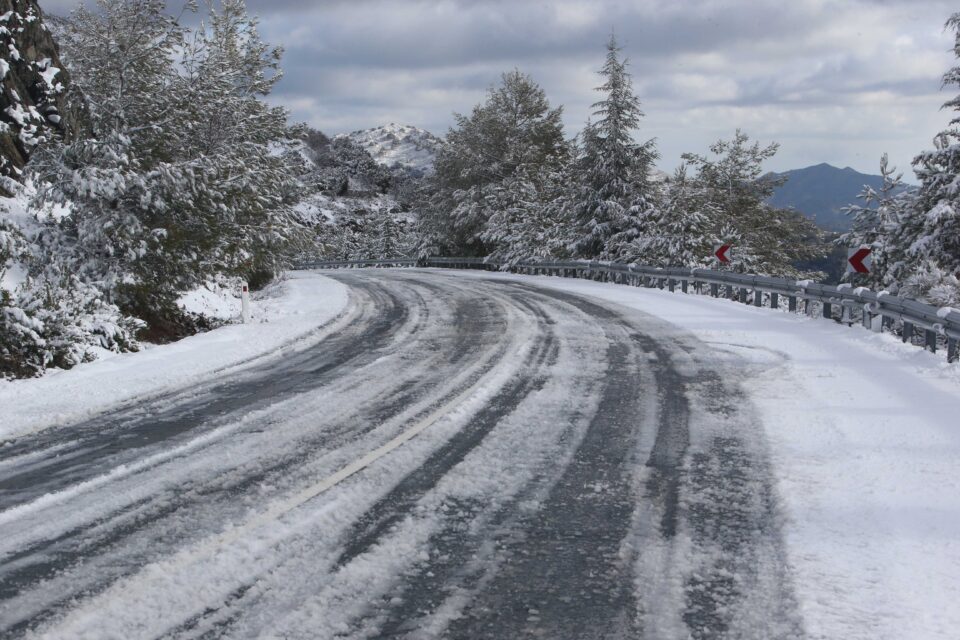 Police on Thursday warned drivers to be careful, drive at low speed and keep a distance from other vehicles in the mountains due to snow and ice on the roads.

The following roads in the area are open only to vehicles with snow chains and four wheel drives:

According to the announcement the roads from Kakopetria to Karvouna and from Pedoulas to Kykkos are open but slippery.