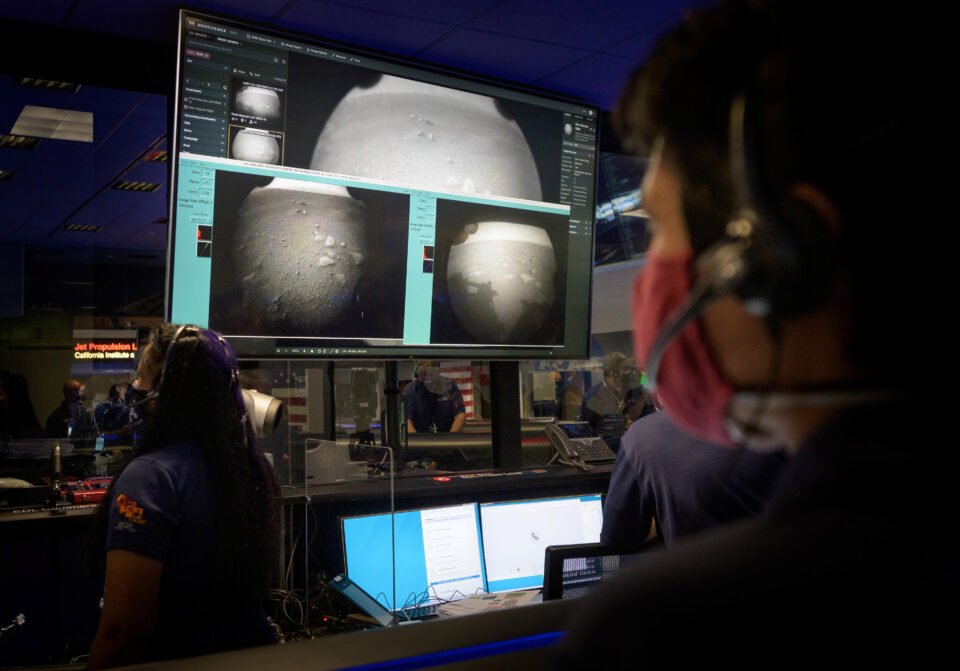 Nine thousand Cypriots took the opportunity to participate in Nasa’s ‘Send Your Name to Mars’ campaign, which invited people around the world to submit their names and have them taken to the Red Planet aboard Perseverance, which made history on Thursday when it landed.

The Nasa rover, the most advanced astrobiology lab ever sent to another world, streaked through the Martian atmosphere on Thursday and landed safely inside a vast crater, the first stop on a search for traces of ancient microbial life on another planet.

In total, 10,932,295 people submitted their names from all over the world to have them carried to Mars.

According to Nasa, the names were stenciled by electron beam onto three fingernail-sized silicon chips which were then attached to an aluminum plate on Perseverance.

According to CNA, the Mars mission is also of significance to Cyprus as well, since it will study the Mars atmosphere. In 2018, at the invitation of the Cyprus Space Exploration Organisation (CSEO), top scientists from around the world who study the upper atmosphere of Mars decided that Nicosia will become their permanent venue for the meetings they hold every two years.

The scientists, members of the Mars Upper Atmosphere Network (MUAN), held a meeting in Nicosia in 2018 during which they discussed international co-operation for future exploration missions to Mars.

Nicosia was chosen due to its strategic geographic location and the CSEO offered to host the official website of MUAN on which all their discussions, publications, results, papers, will be published.

In addition, in November 2020 a team of planetary scientists visited in Cyprus  at the invitation of the CSEO in the framework of the space research programme in which the CSEO is participating in cooperation with other three European countries, as well as the US.

The programme includes sending space equipment to Mars to measure the age of the rocks on the Red Planet, a project which is of great importance since there are no previous accurate measurements of the age of the Mars rocks from previous missions.

The geology on the Troodos mountains in Cyprus is believed to have a lot in common with the rocks on Mars and for this reason the CSEO extended the invitation to the team of planetary scientists in order to verify that the geology of Troodos has sites which are similar to those on Mars.

After a seven-month journey, the Nasa rover landed near the 45 kilometre-wide Jezero Crater. It is believed that the crater was once a lake, flooded with water from the nearby ancient river delta. After five years of study, Nasa identified 60 possible locations for landing, and finally chose the Jezero Crater, where signs of ancient microbial life may be hidden.

To mark the landing, the CSEO and the US Embassy in Nicosia hosted an online event covering the landing via livefeed.

CSEO`s President George Danos was joined by Wes Stange, Science and Technology Officer at the embassy, with whom he discussed the goals of this ground-breaking mission. Stange said that if,  after years of study, it was confirmed that signs of ancient microbial life were found, it would be a revolutionary discovery.

He said Perseverance’s aim was first to collect samples of possible traces of ancient life and in the coming years, together with other space agencies, will plan a return mission to Earth for further detailed study.

Perseverance will also test technologies to help pave the way for future human exploration of Mars. A first during this unique mission is the use of a helicopter to explore Mars. On the underside of the Mars rover, a small robotic helicopter was attached that was to be deployed after landing.

The helicopter named Ingenuity is to test the technology to scout targets of interest on Mars and help plan the best driving route for future Mars rovers.  It also carries microphones that will capture a very clear sound from the distant planet for the first time. In addition, the rover has built-in high-definition cameras that for the first time will allow us to see and experience in detail the landing on Mars.

Medvedev win over Djokovic would be good for game, says Tsitsipas

Iman breaks down 17 milestone looks from 1975 to today