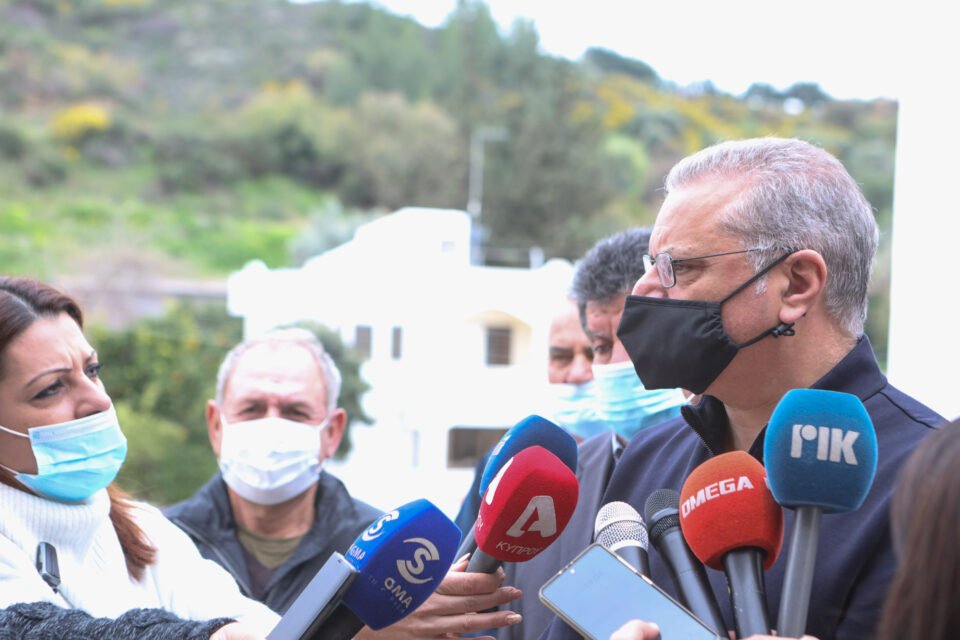 The government’s new rural housing policy is targeted and “extremely generous” and could be extended next year on review, Interior Minister Nicos Nouris said on Sunday.

Nouris was speaking in Steni, Paphos where he went to brief representatives of the communities of Peristerona, Simou, Lysos and Steni on the scheme recently approved by the cabinet.

“Our goal is, on the one hand, to support the countryside, but much more, to enable young families to stay in these communities, or even to attract people from these areas back to their ancestral homes,” he said.

That is why the scheme is “extremely generous” because the government wants to achieve that specific goal, he said.

“Within this year, our purpose and goal is to allocate an amount of around 15 million euros for the specific projects. They will be evaluated at the end of the year to enter next year, possibly with an increased budget or with different criteria if it is judged that some improvements are needed,” he added.

So far, the scheme has enabled 206 families to benefit with a cost of 6.5 million euros, but for the government, he said, this was not considered satisfactory and they want even more people to receive support from the projects.

The government this month unveiled the new housing schemes and incentives it said would boost the economy and entrepreneurship.

The additional measures approved by cabinet enhance a programme already in force to support rural populations, especially those living in mountainous, buffer zone or disadvantaged areas.

The first is a continuation of that which came into force in July 2019 and which has so far received 226 applications at a cost of €6.5m. The new scheme will be extended to another 130 communities, bringing the total to 258. Beneficiaries will be entitled to financial assistance of up to €55,000 and additionally up to €15,000 for special construction such as retaining walls, and up to €10,000 for people with disabilities.

Scheme two, for the revival of specific rural areas, is new and covers an additional 128 communities, offering up to €20,000 for families of four members or more and up to €15,000 for people who live alone or families of up to three people.

Applications will open on March 1 and close on December 31.

In addition, the interior ministry will provide additional financial help – a minimum annual grant of €400 per family who live at least 40 km from an urban centre. The grant will increase proportionally to the distance (€400 for those living 40 to 59 km from a town, €500 for 60-79 km and €600 for more than 80 km).

The aim is to help cover transport costs to the towns for work or access to various services. The scheme covers 101 communities and applications will open on April 2.

The grant is in addition to that offered to those who live in the mountains at an altitude above 600 metres and which covers 110 communities.

Nouris said if necessary, on review, changes could be made going into next year. Responding to criticism of electioneering, he added: “If our compatriots benefit from these plans to the extent that we expect them to benefit, let us accept the criticism that these plans come during a pre-election period,” he said.

“I think we live in a democracy and everyone has the right to criticise. We will all be judged by the result.”

Disy leader Averof Neophytou who also attended the event in Steni called the programme “the most important measure of support for young people and the countryside since the founding of the Republic “.

In his statements to journalists, he congratulated the interior minister and the government and said “without exaggeration” that he knows no other European country with such a support program.

“It is and opportunity for community leaders and the young to bring people back to the countryside,” he said.

Nouris was also asked about local government reforms, to which there is a lot of pushback from communities and municipalities that do not want to be merged with their larger counterparts.

He said said the state was waiting for the opinion of the attorney-general on the amendment brought by the parliamentary majority parties regarding the possibility or not of holding referendums.

Nouris said this was something he did not agree with, “not because we disagree with the ability of citizens to express their will through referendums, but because the way in which this provision was introduced in the bill, creates huge problems”.

Today, he said, local authorities are facing too many problems, and it is perhaps the only opportunity for them to create economies of scale and emerge stronger.

‘There will always be disagreements. Everyone will see the issue from their own point of view. However, a government it is obliged to look at the good of the country as a whole,” he added.

Nouris said that is was an oxymoron that in Cyprus, a country of 850,000 with 30 municipalities while big cities abroad, such as Berlin, all have 12, or London even less.

Anastasiades and Macron exchange views over the phone

UK to reopen in stages after driving down S.African variant, Hancock says