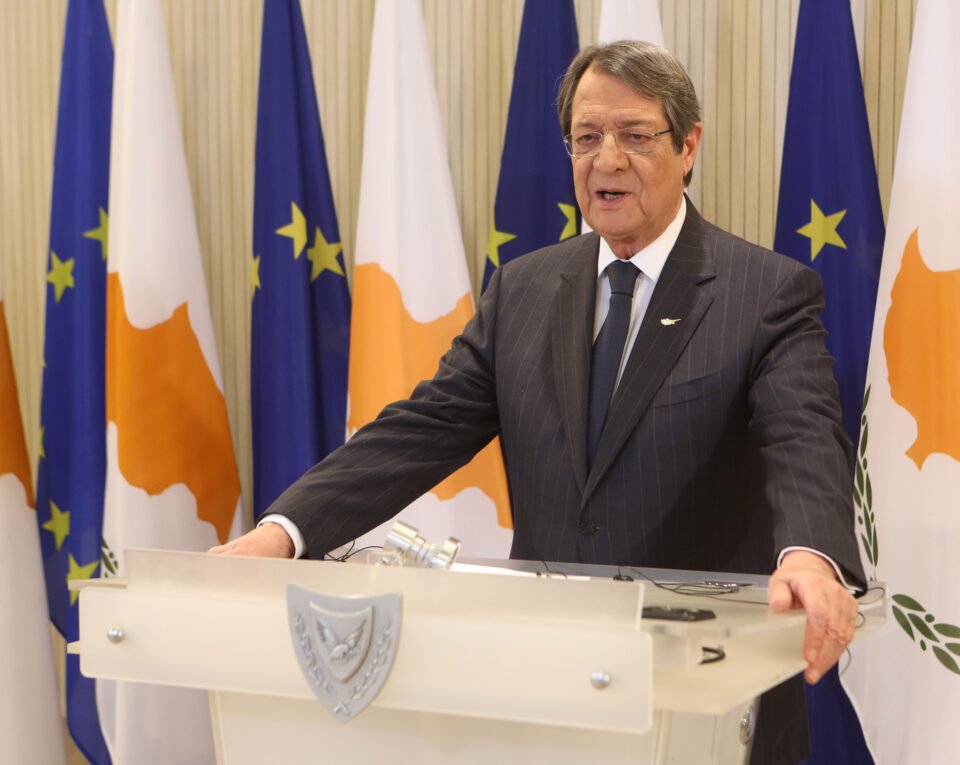 Nobody would have been surprised to hear government spokesman Kyriakos Koushos declare on Friday that “we cannot accept arbitration, nor asphyxiating time-frames.” We had not heard this slogan for a few years, as there had been no talk of a resumption of negotiations since July 2017, when UN Secretary General Antonio Guterres called an end to the conference in Crans Montana.

Now that Guterres is expected to set a date for the holding of an informal five-party conference to establish whether conditions exist to undertake a new process for a Cyprus settlement, the government has started fretting about arbitration and asphyxiating time-frames, and expressing its strong opposition to them. It has the full support of the government of Russia, the spokeswoman of the foreign ministry Maria Zacharova saying on Thursday that “It is unacceptable to impose on them (the two sides) a settlement plan from outside or strict time-frames.”

This was not the only similarity in the respective positions taken by Nicosia and Moscow. Zacharova had also underlined the importance of leaving Cypriots on their own to decide what type of settlement they wanted, saying that “no pressure must be put on either side.” In other words, Moscow opposes pressure being put on the Turkish Cypriot side to abandon its position in support of a two-state solution, which goes against the settlement outlined by UN resolution, which Russia, according to Zacharova fully backs.

Not surprisingly, Koushos took a very similar line, ruling out the UNSG taking the role of arbitrator because “the Cyprus problem concerns Cyprus, it is Cypriot ownership.” The reality is that we have never claimed ownership because if we had we would not always be demanding that talks were under the auspices of the UN and seeking an international conference with the permanent members of the Security Council, but the two sides would have engaged in direct talks on their own. If Guterres is not able to arbitrate, or at least apply pressure – which would be unacceptable to Russia and infringe on our ownership rights of the problem – how will Ersin Tatar abandon his claim for a two-state solution?

It might be sheer coincidence that we are hearing exactly the same line from Moscow and Nicosia but it could also be an indication that President Anastasiades has already requested Russia’s help to avoid being forced into a peace process. The Russian Federation (and the Soviet Union before it) was regularly involved in efforts to undermine peace initiatives, either by encouraging the Greek Cypriot anti-settlement camp or by using its power in the Security Council to place obstacles in their way.

In 2004, Russia’s representative at the Security Council vetoed a proposal by which the UN would guarantee implementation of the Annan plan, a move designed to reassure Greek Cypriots. Russia was also first to make an issue of the guarantees in 2016 – and Greek Cypriots made it a red line – because disagreement on this could scupper a deal. It was not an issue for Greek Cypriots until 2016 so why had Moscow brought up something that was a potential deal-breaker?

Most political parties are happy to align themselves with Russia. On Saturday Edek issued an announcement saying the Russian foreign ministry’s statement was “in the right direction as it asks for an externally imposed solution of the Cyprus problem, with the dangerous involvement of third parties, mainly Britain, to be avoided.” Britain is now posing a danger, according to Moscow and its local cheerleaders, because there is a ‘British plan’.

We do not know that any such plan exists, but if it does and helps bridge the differences between the two sides would it be the bad thing, Moscow, Edek and some media insist it is? And why are we assuming this imaginary ‘British plan’ that nobody has seen poses a danger and must be opposed? It could be argued that it serves British interests primarily but by the same logic it could be argued that undermining the peace process and any peace proposal serves Russian interests.

Our EU partners do not share Moscow’s principled position about not putting pressure on the sides as they see this as the only way to reach a deal. Koushos noted on Friday that the EU would be at the five-party conference as an observer but also have a special representative at the substantive negotiations that would follow. The reason for this presence would be to push the process towards a deal, which the European Commission considers vitally important to improving relations with Turkey, which is a priority for it. Turkey, which in the past strongly opposed EU involvement in the talks on the grounds that it would favour the Greek Cypriots, does not object now and that must be another cause for concern for Anastasiades.

Whether he has turned to Moscow for diplomatic support because he fears the EU would force him into a process with asphyxiating time-frames and pressure to reach a deal is questionable but sudden Russian interest in a process that has not even begun is not a good sign.

Tales from the Coffeeshop: Hurray! Cyprob show scheduled to resume

Vaccine passports for all? Not yet