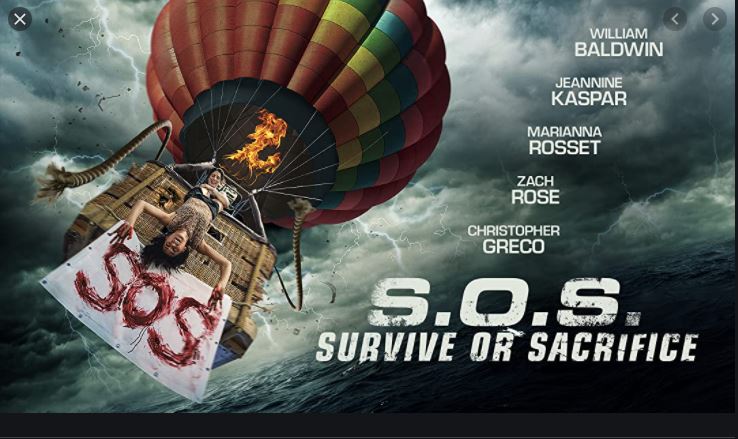 Financial incentives bring filmmakers to Cyprus, and their projects create jobs and work for service providers.

Yet the filmmakers must struggle to obtain their incentive payments. Of the 10 applications so far submitted to the Cyprus Investment Promotion Agency (CIPA), only one has been concluded and paid for – ‘S.O.S Survive or Sacrifice’ film produced by the Altadium Group and released in October last year.

Of the 10 total applications, seven have received approval, although 2 of those projects have now been abandoned due to complications arising from the pandemic.

The reason, according to industry insiders, why only one film of the seven approved have yet received their subsidy payment is because of an overly complex claimant process. To receive the money, productions must submit their petition for payment, which requires a series of papers to be completed by auditors.

Notably, the incentive scheme’s flagship production, Dimitris Logothetis’ ‘Jiu Jitsu’, has not yet received ‘a single cent’ of the cash rebate claimed. The production is claiming for the prescribed 35 per cent of overall budget, listed at nearly €23 million.

The film starring Nicholas Cage received a measly 2.9/10 rating by the IMDb film rating agency, and 26 per cent approval on Rotten Tomatoes.

While the film received a lot of publicity for being filmed in Cyprus, questions have been raised about the film’s real value to Cyprus. AKEL and the Greens expressed concerns that the scheme might lead to a waste of public funds, with one AKEL MP saying that there were ‘serious doubts’ about the social return from such a film.

What’s more, with Logothetis planning to shoot multiple big budget films on the island, the worry is that a large portion of the €25m allocated annually to the scheme will end up being paid to Logothetis and his web of producers, some of whom were actually involved in drafting the legislation for the scheme.

An industry insider told the Cyprus Mail that while it is a positive that most applications made are succeeding, 10 overall applications is still too few given the wide variety of productions that the scheme aims to support.

‘The effect of the publicity received by the scheme’s flagship films like Jiu Jitsu, is that many people in the industry wrongly believe that the scheme’s intention is only to support these kinds of big productions,’ said Paolo Nizam, a young production manager who has found work in the budding industry. ‘This couldn’t be farther from the truth. The scheme is to incentivise productions of all sizes, including animations, natural history documentaries and short feature films.’

Nevertheless, despite teething issues the film incentive scheme has undoubtedly done its job of attracting filmmakers and encouraging local productions. CIPA point out that the films have provided employment to numerous locals, rented out spaces and given work to lawyers, auditors and the variety of other services required across the production process.

Even since the start of the pandemic, 2 large productions have persevered, including ‘The Ghosts of Monday’, a horror movie by Altadium group which is currently filming in Limassol’s St Raphael Hotel.

‘It’s a perfect example of how the film industry can bolster the economy at time of need’, said Nizam. ‘The hotel is temporarily closed to the public due to restrictions, but through this production it has found new life.’

Finance Minister insists that “Damage control must come to an end”