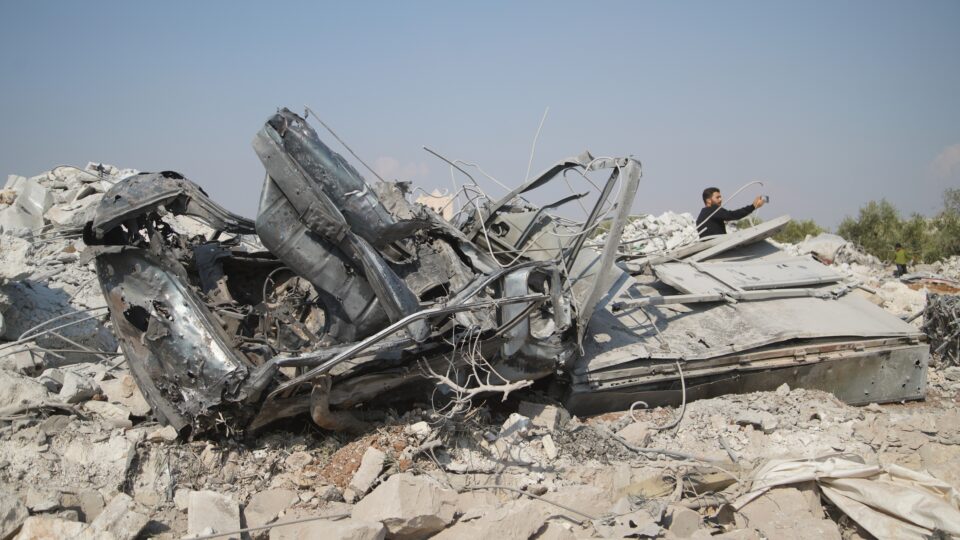 Syria condemned U.S. air strikes against Iran-backed militias in the east of the country on Friday as a cowardly act and urged President Joe Biden not to follow “the law of the jungle”.

An Iraqi militia official close to Iran said the strikes killed one fighter and wounded four, but U.S. officials said they were limited in scope to show Biden’s administration will act firmly while trying to avoid a big regional escalation.

Washington and Tehran are seeking maximum leverage in attempts to return to the Iran nuclear deal reached in 2015 but abandoned by former President Donald Trump in 2018, after which regional tensions soared and fears of full-scale conflict grew.

“Syria condemns in the strongest terms the U.S. cowardly attack on areas in Deir al-Zor near the Syrian-Iraqi border,” the Syrian foreign ministry said in a statement.

“It (the U.S. administration) is supposed to stick to international legitimacy, not to the law of the jungle as (did) the previous administration.”

Russia, an ally of Syrian President Bashar al-Assad, also criticised the strikes and called for “unconditional respect of the sovereignty and territorial integrity of Syria.”

“What has happened is very dangerous and could lead to an escalation in the whole region,” a Russian parliamentarian, Vladimir Dzhabarov, was quoted as saying by RIA news agency.

The strikes, early on Friday Middle Eastern time, targeted militia sites on the Syrian side of the Iraqi-Syrian border, where groups backed by Iran control an important crossing for weapons, personnel and goods.

Western officials and some Iraqi officials accuse Iran-backed groups of involvement in deadly rocket attacks against U.S. sites and personnel in Iraq in the last month.

ATTACKS ON U.S. FORCES IN IRAQ

The Iraqi militia official close to Iran said Friday’s air strikes had hit positions of the Kataib Hezbollah paramilitary group along the border.

Local sources and a medical source in eastern Syria told Reuters at least 17 people had been killed, but gave no further details. That toll could not be confirmed.

In recent attacks, a non-American contractor was killed at a U.S. military based at Erbil International Airport in Kurdish-run northern Iraq on Feb. 15 and, in the days that followed, rockets were fired at a base hosting U.S. forces, and near the U.S. embassy in Baghdad.

Biden’s decision to strike only in Syria and not in Iraq gives Iraq’s government breathing room as it investigates the Erbil attack, which also wounded Americans.

Several attacks, including the one on Erbil airport, have been claimed by little-known groups which some Iraqi and Western officials say are a front for established Iran-backed groups such as Kataib Hezbollah.

“President Biden will act to protect American and Coalition personnel. At the same time, we have acted in a deliberate manner that aims to de-escalate the overall situation in both eastern Syria and Iraq,” Kirby said.

He said the strikes destroyed multiple facilities at a border control point used by a number of Iranian-backed militant groups, including Kataib Hezbollah and Kataib Sayyid al-Shuhada.

A U.S. official, speaking on condition of anonymity, said the decision to carry out the strikes was meant to signal that, while the United States wanted to punish the militias, it did not want the situation to spiral into a bigger conflict.

The Iraqi military issued a statement saying it had not exchanged information with the United States over the targeting of locations in Syria, and that cooperation with the U.S.-led coalition in Iraq was limited to fighting Islamic State.

It was not clear how, or whether, the U.S. strikes might affect efforts to coax Iran back into negotiations about both sides resuming compliance with the 2015 nuclear deal.