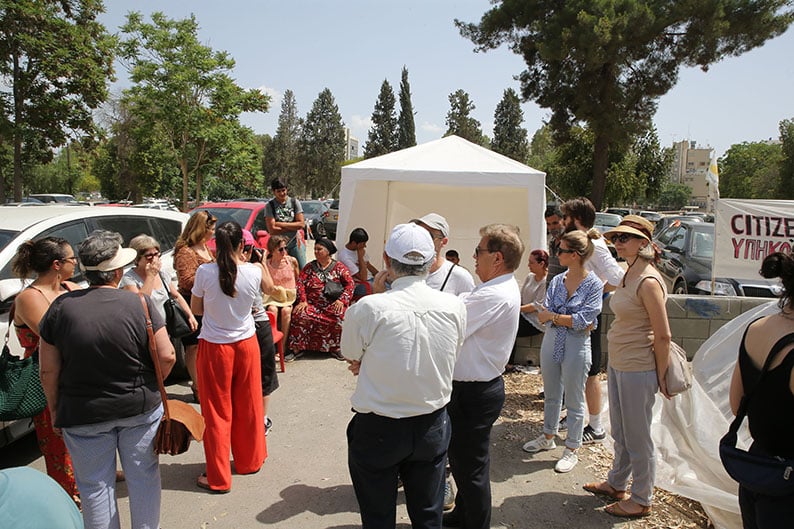 File photo of a Kisa gathering in support of Syrian Kurds

Amnesty International expressed concern on Wednesday over new rules passed by the government that could see anti-racism and migrant support organisation Kisa shut down.

“As Cyprus human rights situation comes under scrutiny following the brutal repression of anti-corruption protesters in the past weeks, Amnesty International is further concerned that the right to freedom of association in the country is also under threat,” the organisation said in a news release on Wednesday.

The issue concerns amendments to the law on associations that were introduced in August last year, which gave organisations two months to comply or face dissolution.

Once deregistered, it is illegal for associations to carry out any activities but those connected with their liquidation.

As a result, the interior ministry removed Kisa from the Registry of Associations in December 2020, after it judged that it had failed to submit the required information.

Before that, the ministry denied Kisa an extension it had requested in October.

Kisa eventually complied with the requirements, but it was two months after the deadline.

Kisa filed an appeal with the administrative court but meanwhile their bank accounts have been blocked as a result of their deregistration.

Given the severity of these measures, they may only be used when there is a clear and imminent threat to national security, public safety, public health or morals, or to the protection of the rights of others.

“A decision to dissolve an association must always be the last resort and used only when less restrictive means would be insufficient to achieve one of the above-mentioned limited legitimate objectives, and shall never be used for minor infractions.”

Amnesty said the new requirements were introduced amid pandemic restrictions that severely disrupted the work of civil society organisations.

“Amnesty International therefore believes that the de-registration and the proceedings for the dissolution of Kisa are an excessive and disproportionate interference with their right to freedom of association and raise serious concerns over the shrinking space for civil society in Cyprus.”