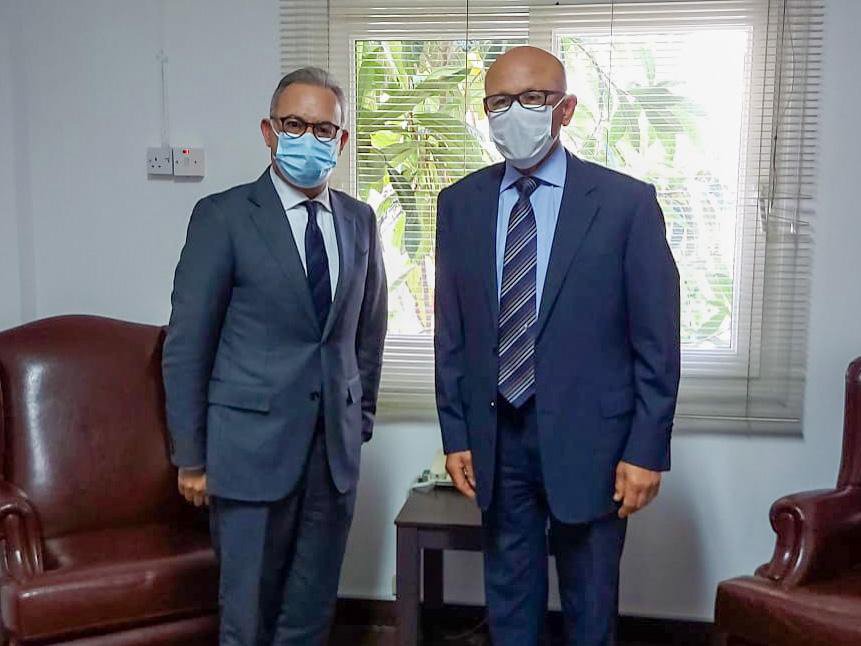 Cyprus is too small to be divided but big enough for all of its people – Greek Cypriots, Turkish Cypriots, Armenians, Latins and Maronites – ruling Disy leader Averof Neophytou said on Wednesday after meetings in the north with political parties.

The Disy leader said after the meetings that he conveyed his party’s will “to support with all our might the new informal meeting on the Cyprus issue at the end of April in Geneva”.

“We reiterated the clear positions of the Democratic Rally in support of the agreed framework as set out in the UN resolutions for a bizonal bicommunal federal solution with political equality but also withdrawal of the occupying troops, with territorial adjustments and a just settlement of the property issue.”

Neophytou said that the solution of the Cyprus problem is for the benefit of all Cypriots, “Greek Cypriots, Turkish Cypriots, Armenians, Latins and Maronites”.

“We will continue our efforts because Cyprus is too small to be divided and big enough for all its people,” he said. “And because at Disy we have big visions for our country, we know and recognise that big visions never fit in divided homelands.”

Erhurman said they also discussed issues concerning the five-party summit and political equality and that this was a main parameter.

Halloumi and olive oil trade, the crossings of British tourists to the north and the deliveries of the covid vaccines the EU has reserved for Cyprus, from the south to the north were also discussed.

The two parties would continue contacts in the coming weeks, he said.

Neophytou, who announced his party was in favour of political equality but as part of a decentralised federation with more powers to the constituent states, had said last week he would also try to secure a meeting with Turkish Cypriot leader Ersin Tatar’s National Unity Party (UBP). The Disy leader said last week that though he was against Tatar’s position on a two-state solution it was important to also meet with UBP to convey his positions on political equality and the need to reunify the island.

New scheme for those struggling to pay housing loans