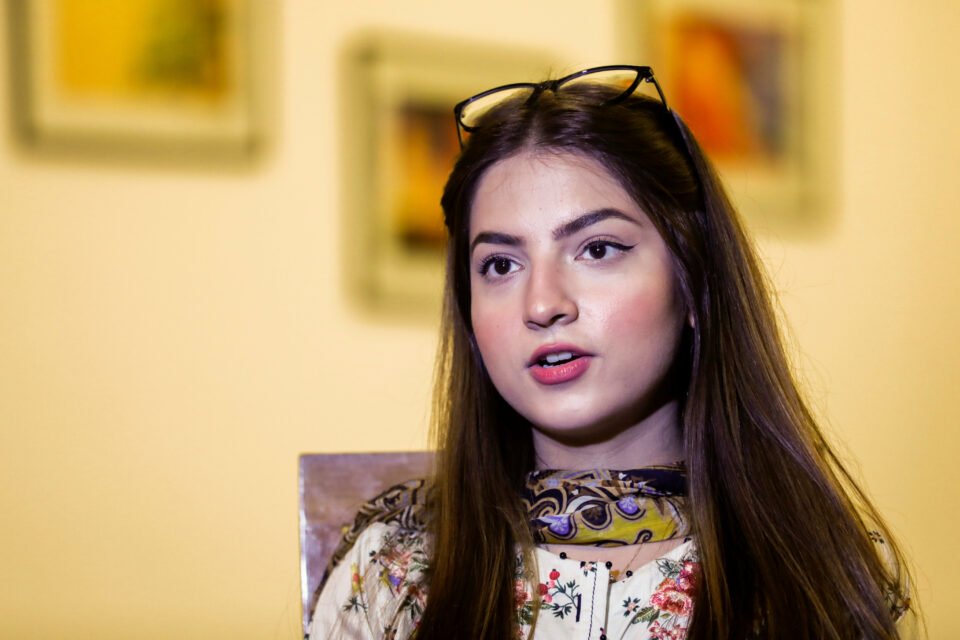 A 19-year-old Pakistani student who shot to fame after her five-second video went viral on social media across the subcontinent, hopes numerous renditions of her monologue will translate into more dialogue between rival neighbours India and Pakistan.

The short video shot by Dananeer Mobeen in the Nathaigali mountains of northern Pakistan and uploaded onto Instagram shows a group of youngsters enjoying themselves by a roadside.

Swinging around the device she is filming on, Mobeen gestures behind her and says in Urdu, “This is our car, this is us, and this is our party taking place.”

Seemly innocuous, she deliberately mispronounces the English word “party” as “pawri” to poke fun at South Asians who adopt Western accents. It immediately struck a chord in both India and Pakistan, sparking top trending hashtags on social media, and garnering millions of views and hundreds of spin-offs.

“It was the most random video. I initially had no intention of uploading it,” Mobeen said, expressing surprise at how viral it had gone and adding the trend showed the power and reach of social media.

“Pawri” monologue renditions have been used by police in India and the Delhi Commission for Women in their social media outreach campaigns.

In one video, two Indian soldiers deployed in snowy mountains give it their own spin with “This is us, this is our gun, and we are patrolling here”, while popular Bollywood actors Ranveer Singh and Deepika Padukone each did a version that also went viral.

Indian dairy company Amul, known for inculcating trendy takes on current issues in its advertisements, did a “this is our pav-tea” version https://twitter.com/Amul_Coop/status/1362262247809028100?s=20, in a nod to a popular bread snack eaten with tea.

Even politicians jumped on the bandwagon, with a leader from India’s ruling Bharatiya Janata Party using the catchy hook at an election rally.

“I’m honoured and grateful for all the love across the border,” said Mobeen, expressing her happiness at fostering some rare friendly cross-border dialogue.

India and Pakistan, both nuclear-armed nations, have fought three wars and often had tense relations since gaining independence in 1947.

Relations had most recently soured over developments in the northern region of Kashmir, which both countries control in parts but claim in full.

Last week, their militaries released a rare joint statement saying they had agreed to observe a ceasefire along the disputed Kashmir border, after exchanging fire hundreds of times over past months.

Since the video went viral, Mobeen said she has been inundated with acting and modelling offers, along with requests for product endorsements. Instead, she says she aspires to join Pakistan’s foreign services.

Rockets land at Iraqi air base hosting US, coalition forces