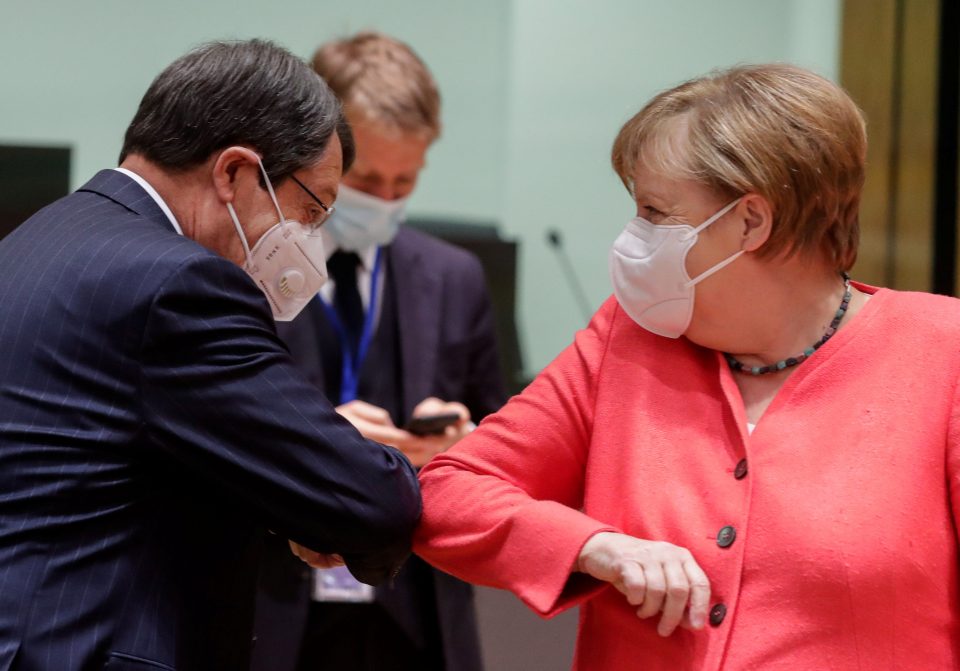 President Nicos Anastasiades has asked German Chancellor Angela Merkel to convey to Turkey that it must refrain from further provocations in the region or any action that might impact the status quo in Varosha.

The two leaders spoke via video conference on Thursday.

In a statement to the media later, Anastasiades said he also told the German leader – who on Friday will speak with Turkish president Tayyip Erdogan – that Ankara should not “disregard” any EU member.

According to Anastasiades, Merkel “appeared ready to play a role in the effort, so that provocative acts by Turkey can be avoided, and at the same time she was positively disposed to the idea of the EU being present – and even providing any assistance, including legal assistance – so that the settlement of the Cyprus problem is the desired one.”

The president said his conversation with the German Chancellor was part of his briefing of foreign leaders, so that “friendly nations” can help create prospects for success at the five-way informal conference on Cyprus to take place in late April.

“I had the opportunity to reiterate to her my determination to be creative during my presence at the five-party meeting, insisting of course that a solution cannot fall outside the parameters of UN resolutions nor violate the EU acquis.”

On Friday meanwhile, the EU’s foreign policy chief is expected on the island. In remarks to the Cyprus News Agency on Thursday, Josep Borrell said the bloc fully supports the resumption of a settlement process under UN auspices as soon as possible and stands ready to provide whatever assistance both parties and the UN would find most useful.

But, Borrell added, the solution to the Cyprus issue cannot come from outside – the responsibility for finding a solution lies first and foremost with the Cypriots themselves.