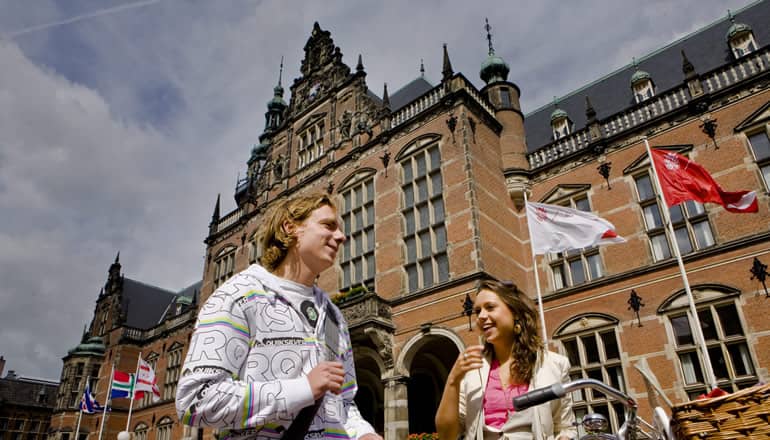 The number of Greek Cypriot students applying to a UK university has plummeted by nearly 50 per cent, as a massive hike in tuition fees renders studying there unfeasible for many.

In 2020, 2,240 students resident in Cyprus applied through the Universities and Colleges Admissions Service (Ucas) to UK universities, submitting their application for September enrolment by January 15 last year. For the 2021 cycle, this number slumped to just 1,210, a 46 per cent single year decrease.

The adverse effects of the fee increases affect all EU students, but young Cypriots are arguably impacted most. After Greece, the UK has long been the default choice for those wishing to study abroad for both historical and language reasons. The teaching of a UK-based high school curriculum at the plethora of private English schools both fed into and helped create that demand.

Brexit is to blame for the change. From the academic year starting in September 2021, EU students will no longer be eligible for home fee status, meaning that instead of a fixed rate of £9,250, courses will vary in price depending on the university and degree. The price of tuition for ‘international’ students is fully discretional – it is set by the university and can be anything from £13,000 per year, through an average of around £20,000 and up to a staggering £58,038 per year for a medicine degree at Cambridge.

What this does mean, however, is that for universities who want to continue to attract EU students, the option exists to keep international fees similar to home fees, or offer temporary scholarships or discounts that would make study more financially feasible. The University of Kent, for example, is offering all EU students starting in 2021 a 25 per cent discount against the international rate on their tuition, applicable across the full duration of their degree.

Similarly, the University of Surrey are offering all offer holders the opportunity to apply for £5,000 off their tuition, again applicable for the duration of their study. This is not a selective scholarship, so all eligible applicants will be granted the subsidy. For an economics course priced at £18,500 per year, this would entail a 27 per cent discount, saving a student £15,000 over the course of their degree.

“The university’s transition agreement has been put in place to demonstrate the value Surrey attaches to the diverse international nature of our student community,” a spokesman for the University of Surrey told the Cyprus Mail. “We hope it will allow many students from Cyprus to join Surrey to study.”

While there are over 30 universities in the UK offering some kind of ‘transition’ scheme like this, so far they are only in place for students starting this year. For those applying next year, such schemes may not exist, at least so widely.

In the absence of any form of financial assistance for students starting in 2022, the numbers applying to the UK will surely drop even further.

The UK’s loss is rapidly proving to be other countries’ gain. With over 2,000 programmes taught in English now on offer and annual tuition fees at around €2,000 per year, the Netherlands has over the last decade emerged as an increasingly popular choice for Cypriot students. This year, demand has mushroomed.

The University of Groningen, a large Dutch university with over 35 English taught bachelor programmes, provided the Cyprus Mail with statistics to show that, while the number of students from Cyprus had already been on the rise, the class starting in September has seen a 200 per cent one-year increase in applications.

“The trend of Cypriot students looking for UK alternatives is definitely noticeable,” a university representative told the Cyprus Mail.

Nicos Chrysostomou, an independent university admission consultant, told the Cyprus Mail that applications across the whole of Europe were up, but due to the huge level of competition at Scandinavian universities, German language requirement for study in Germany and a relatively small number of English taught programmes available in Italy, the Netherlands have soaked up a lot of the new Cypriot student market. This has had made admissions more competitive.

“Getting into a Dutch university is already more difficult than it was two or three years ago,” Chrysostomou said.

Still, with nearly 10,000 Cypriots currently studying in the UK and, according to Chrysostomou, just 700 in the Netherlands, it is unlikely that Dutch universities can by themselves absorb the kind of numbers for whom UK universities will no longer be an option.

Greece and Cyprus’ two state universities – University of Cyprus and Tepak – remain clear options for public school educated students, but the latter offer no English language undergraduate programmes and will only accept a tiny proportion of students taking international exams, making them out of bounds for private school educated students.

In any case, private school students have rarely considered staying in Cyprus, due in part to a consensus that the local private universities, which do teach in English, do not offer the educational quality or career prospects of their foreign counterparts. This, however, could be changing.

The University of Nicosia and the European University of Cyprus to list just two few examples, offer a multitude of English taught undergraduate courses, starting at around €8,880 per year. Medical schools in particular are experiencing fast growth and attracting students from all over Europe, the Americas and Asia.

Galina Constantinides of the University of Nicosia told the Cyprus Mail that all qualifications (including A levels) are considered in applications, and that the university is working hard to help establish Cyprus as an educational regional hub.

“Cypriot students can study at home and still plan for a global and international career,” said Constantinides.

Our View: Anastasiades’ delusions on energy to cost us dearly

The pandemic has been a crisis with a woman’s face