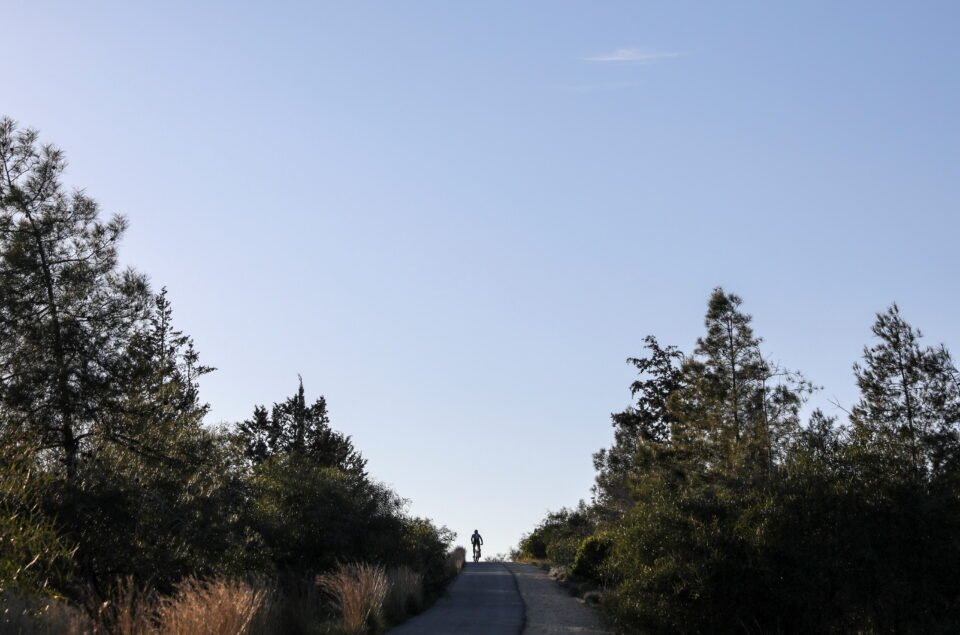 Most agree the surge in cycling brought about by the coronavirus is a good thing, with psychologists saying the activity lifts the mood, sociologists talking about it being a great way of families getting together, and environmentalists praising increased air quality.

“The lockdown has been beneficial in this respect,” ex-president of the Cyprus cycling federation George Apostolou said. “Cycling is one of the few things to do under the decrees, it is healthy and cheap and people cycle now instead of going to the gym for example. Also, there are less cars which makes it more attractive.”

It also means shops around the world are running out of bicycles and parts to sell, a problem which has hit home in Cyprus this year.

When demand increased by around 300 per cent last year, local bike shop owners were happy.

“In the beginning it was great,” managing director of Bike Hub in Nicosia Steven Tate said. “It’s everybody. People who wanted exercise as gyms were closed, people with more time on their hands, kids, everyone…

“We were very busy and we had a lot of stock. But the situation has been going on for so long, it is now a year later. We have reached the stage where we sold the last four containers before they arrived.”

Though a few bikes are still available, shops around the island are experiencing the same problem – a lack of stock of just about any type of bike. “Unfortunately for some models it is not a question of two or three weeks anymore. When we told people we will have a bike available in a few months, they left and tried elsewhere, but they soon came back,” Tate said.

Many people do not understand just how bad it is.

“We told some we will have a bike in March 2022, and they said March doesn’t sound so bad, without getting we are talking about March next year. This isn’t the case for all models – most options are a few months away. We placed big orders but we rely on suppliers. European warehouses are empty.”

The problem is confounded by the fact that suppliers are understandably reluctant to open new factories to produce more bikes and parts as it is not certain for how long the increased demand will last.

“There are some companies which make components for nearly everybody,” commented owner of Polys Bikes Polys Poumbouris. “When they run out this affects us all.”

Poumbouris agreed sales have skyrocketed, adding though he continues to preorder stock far ahead as he thinks the situation will last until 2022 and likely into 2023 as well, because it will take that long to bring enough bicycles to the shops. Some of what he is ordering now will arrive in July 2022, he explained.

“There is a huge demand, five times as much as before.”

As did Tate, he said even the bikes on order have already been sold.

This is even more of a problem in Cyprus than in other countries, the shop owner believes.

“Most local shop owners have not looked ahead as much as they should have. Nearly nobody in Cyprus had prebooked and prepaid orders far ahead,” he told the Sunday Mail. “We are one of the few who have but we have 20 to 30 potential customers every day, there is no way to cope.

“You have to preorder 14 months ahead. We order from Europe, but if you order from Taiwan and China you have to allow two extra months for shipping.”

Also keeping the shop owners busy is services too. People who have had their bikes for years and not used them have been bringing them back to life.

Though in the short run this creates the same kind of problem for repair shops, a lack of spare parts, Tate believes it is a good thing in the long term.

“Those who had them in a shed for 10 years have now taken them out, repaired them and use them. It is more likely they will continue to do so than before. Some tried it and liked it. Others may not go back to the gym because they are afraid. Even if only 20 per cent do, that is great.”

Kane and Bale fire Spurs to 4-1 win over Palace