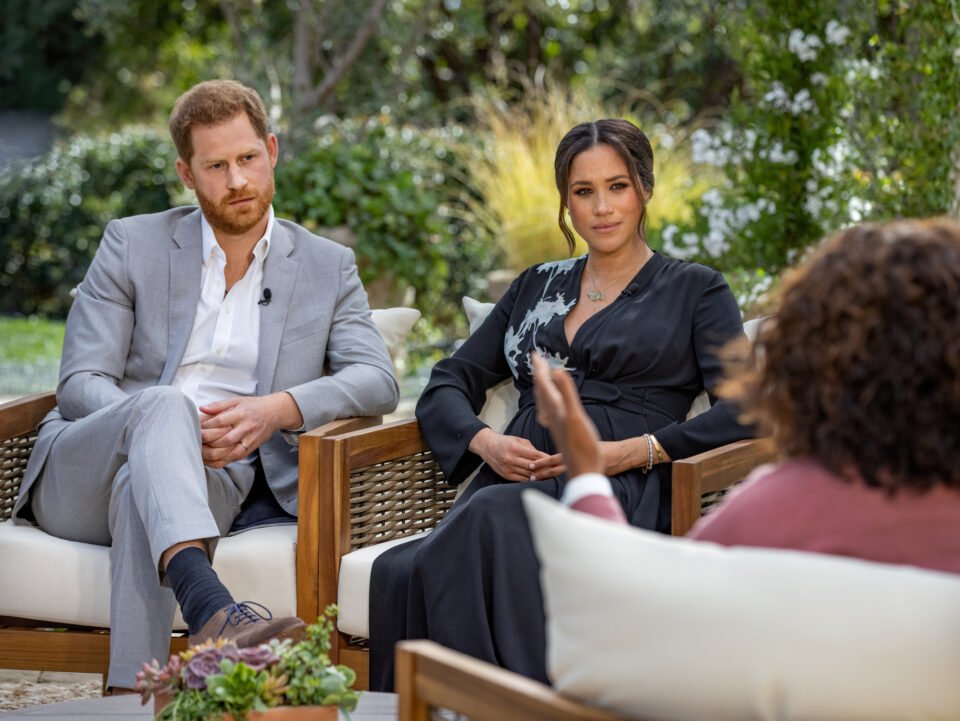 Archie, Meghan’s son, had been denied the title of prince because there were concerns within the royal family about “about how dark his skin might be when he’s born”

By Michael Holden and Guy Faulconbridge

Meghan, the wife of Prince Harry, accused Britain’s royal family of raising concerns about how dark their son’s skin might be and pushing her to the brink of suicide, in a tell-all television interview that will send shockwaves through the monarchy.

The 39-year-old, whose mother is black and father is white, said she had been naive before she married into royalty in 2018, but that she ended up having suicidal thoughts and considering self harm after pleading for help but getting none.

Some 17.1 million Americans watched the Oprah Winfrey’s bombshell television interview with the couple on Sunday, broadcaster CBS said on Monday.

Meghan said her son Archie, now aged one, had been denied the title of prince because there were concerns within the royal family “about how dark his skin might be when he’s born”.

“That was relayed to me from Harry, those were conversations that family had with him,” Meghan recounted.

Meghan declined to say who had aired such concerns, as did Harry. Winfrey later told CBS that Harry had said it was not Queen Elizabeth or her husband Philip.

Harry said his family had cut them off financially and his father Prince Charles, heir to the British throne, had let him down and refused to take his calls at one point.

Buckingham Palace was not expected to give an immediate response to the interview, which aired in the early hours of Monday morning in Britain.

The two-hour broadcast was the most anticip 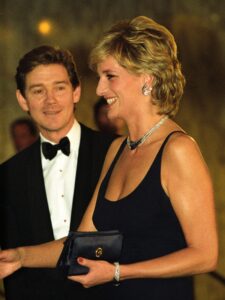 ated royal interview since Harry’s late mother Princess Diana (left) shared intimate details of her failed marriage to Charles in 1995, denting the heir’s reputation and the family’s standing in the eyes of the British public.

Nearly three years since her star-studded wedding in Windsor Castle, Meghan described some unidentified members of the royal household as brutal, mendacious and guilty of racist remarks.

She also accused Kate, wife of her husband’s elder brother Prince William, of making her cry before her wedding.

While the family came in for open criticism, neither Harry nor Meghan attacked the 94-year-old queen directly.

Still, Meghan said she had been silenced by “the Firm” – which Elizabeth heads – and that her pleas for help while in distress at racist reporting and her predicament had fallen on deaf ears.

“I just didn’t want to be alive any more. And that was a very clear and real and frightening constant thought. And I remember how he (Harry) just cradled me,” Meghan said, wiping away tears.

Harry and Meghan’s announcement in January 2020 that they intended to step down from their royal roles plunged the family into crisis. Last month, Buckingham Palace confirmed the split would be permanent, as the couple looks to forge an independent life in the United States.

Harry, 36, said they had stepped back from royal duties because of a lack of understanding, and he was worried about history repeating itself – a reference to the death of his mother Diana who was killed in a 1997 crash as her car sped away from chasing photographers.

Asked what his mother would say about events, he answered: “I think she would feel very angry with how this has panned out and very sad.” He felt “really let down” by his father.

Harry denied blindsiding Queen Elizabeth, his grandmother, with his decision to shun life within the monarchy, but said Prince Charles stopped taking his calls at one point.

Detractors say the couple, whose official title is the Duke and Duchess of Sussex, wanted the limelight, but were not willing to live with the attention and scrutiny it brought.

To supporters, their treatment shows how an outdated British institution lashed out against a modern, independent biracial woman.

“I know first-hand the sexism and racism institutions and the media use to vilify women and people of color to minimize us, to break us down and to demonize us,” Serena Williams, one of the world’s most successful tennis players and friend of Meghan’s, said on Twitter.

Amanda Gorman, the poet who wowed viewers at the inauguration of U.S. President Joe Biden, said on Twitter Meghan had been the “Crown’s greatest opportunity for change, regeneration, and reconciliation in a new era. They didn’t just maltreat her light – they missed out on it.”

There have also been allegations of bullying against Meghan which appeared in The Times newspaper in the buildup to the couple’s appearance. Buckingham Palace said it would investigate the claims, adding it was “very concerned”.

Meghan told Winfrey people within the royal institution not only failed to protect her against malicious claims but lied to protect others.

“It was only once we were married and everything started to really worsen that I came to understand that not only was I not being protected but that they were willing to lie to protect other members of the family,” Meghan said.

Meghan denied a newspaper story that she had made Kate, Duchess of Cambridge, cry before the wedding and said it was a turning point in her relations with the media and the palace.

“The reverse happened,” Meghan said. “A few days before the wedding she (Kate) was upset about something, pertaining to yes the issue was correct about the flower girl dresses, and it made me cry. And it really hurt my feelings.”

Meghan, who said they were not paid for the interview, conceded she had not realised what she was marrying into when she joined the British monarchy and “went into it naively”.

The couple also revealed that Meghan, who is pregnant with their second child, was expecting a girl.

Harry said Meghan had “saved” him from his trapped royal life. “I would disagree, I think he saved all of us. You made a decision that certainly saved my life,” Meghan said.

“This is in some ways just the beginning for us.”

Trial in George Floyd death delayed at least a day