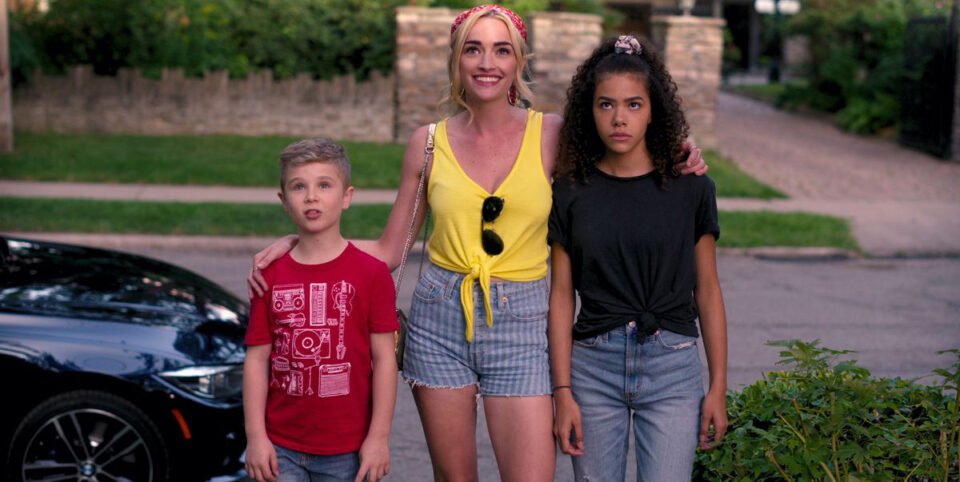 Taylor Swift has beef with this show featuring Georgia, a young mother moving with her teenage daughter and nine-year-old son to a New England town for a new beginning after the death of her much older and richer husband.

The reason was a “joke” about the sex positive 30-year-old Georgia made by her daughter Ginny suggesting she goes through men “faster than Taylor Swift”.

As the title suggests, most scenes revolve around the mother-daughter relationship, reminiscent of a more modern Gilmore Girls (also mentioned in the show by Georgia).

While again juxtaposing a mature 15-year-old daughter with a carefree mother, the lack of a co-dependent bond between the two young women, clearly deviates from the beloved 00s show as the story revolves around the coming of age of mixed-race Ginny and her growing curiosity about her mother’s well-hidden past.

The two might not share everything, but Georgia is definitely ready to do anything in her power to protect her family – and I mean anything.

Despite Swift sabotaging the series by tweeting “2010 called and it wants its lazy, deeply sexist joke back”, others are enjoying the hard-working mother narrative and her underlying secrets.

Georgia appears to meet all requirements for the ideal type of an innocent-looking woman; she is young, white and blonde – the show actually works hard to persuade the audience that she is a natural blonde showing her with badly dyed hair during the flashbacks of when she was younger. But this façade quickly crumbles as new information about her past emerges in the ten episodes.

To avoid any spoilers, let’s just say the first season only touches the tip of the iceberg, while more revelations are expected about the mysterious Georgia and hopefully audiences will not remain unsatisfied.

Apart from issues of race, the script touches upon sexual abuse, relevant in Cyprus this year following increased number of police complaints resulting from a nationwide #MeToo movement. Thankfully, the first season does not include graphic material but does share a powerful description of how abused people might feel.

Walk of understanding for migrants