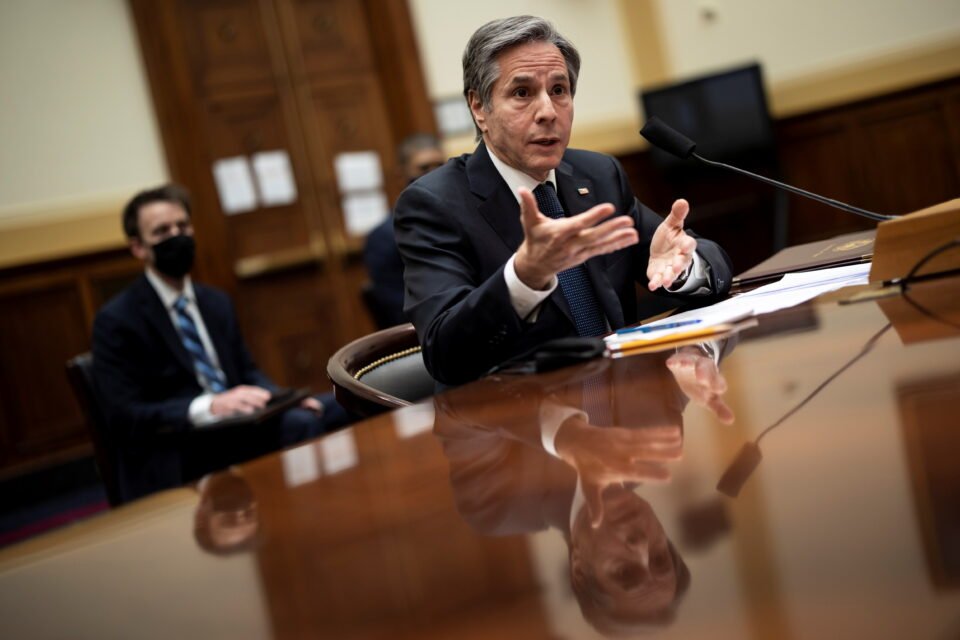 US Secretary of State Antony Blinken said that American diplomacy will be “fully engaged” in the Cyprus issue, while testifying on Wednesday evening before the House Foreign Affairs Committee.

Responding to a question by Congressman David Cicilline, Blinken, from the Democratic Party, referred to the engagement of President Biden throughout his career in the Senate and when he was Vice President and said that the Cyprus issue is “something he takes very – very seriously.”

“We strongly support a comprehensive settlement that reunifies Cyprus in a bizonal bicommunal federation. We will engage in the effort to advance that prospect, including supporting the critical role of the United Nations, as well as direct American engagement in that effort. I think you will see American diplomacy fully engaged,” he said.

In his remarks, Cicilline said that July marks the 47th year anniversary of Turkey’s occupation of the northern part of Cyprus. For the first time we have a US President and a Secretary of State with substantial experience when it comes to Cyprus reunification, he added.

The Rhode island Representative asked what the US strategy is vis-à-vis Turkey and the Turkish Cypriot leader, who are insisting on a two state solution and the opening of the ghost town of Varosha, ahead of the talks on Cyprus, that the UN Secretary General is convening in April. “Both moves contradict Security Council resolutions and US policy. There is a lot of expectation with this administration, we finally see a real progress on reunification,” he noted.

Replying to a question by Republican Congresswoman Nicole Malliotakis, Blinken reiterated that the US “strongly supports the reunification of Cyprus as a bizonal bicommunal federation. We will add our own diplomatic weight to that effort and also support the UN’s efforts in that direction.”

The US Secretary of State also said that “we are very concerned about some aggressive actions we have seen in Eastern Mediterranean. We have and we will continue to call them up.

“I can safely say that you will see the United States and our diplomats very much involved and engaged on Cyprus and trying after too many – many years to move things forward,” he added.

Blinken was also asked about the trilateral cooperation schemes in the Eastern Mediterranean, Turkey’s democratic backsliding and the role of the US. “We have looked with real concern over the last year and of course more recently, as the administration has been in office, at some of the actions taken in the Eastern Mediterranean, particularly by Turkey, in terms of the exercises and various claims, whether it is to territory, maritime areas or energy resources,” the US Secretary replied.

“It is very important that the US stands up and engages in advancing stability and sovereignty and territorial integrity of all parties in the Eastern Mediterranean and insists that any disputes that arise to be resolved peacefully, diplomatically, not militarily and certainly not through provocative actions,” he added.

In reply to Dina Titus, a Democratic Party Representative, about the role of the US in regional projects, Blinken said that they are looking to see if there is a productive role that the US can play when it comes to energy and the diversification of supplies and routes.

“This is something that advances our own security and the security of other countries, including partner countries. We are always looking whether we can play a productive role,” he concluded.