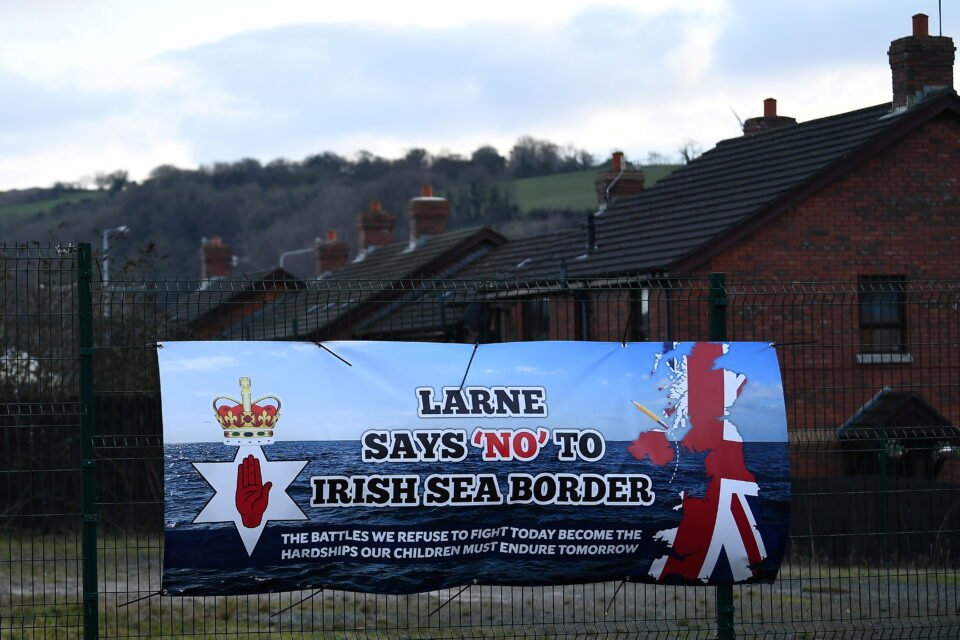 A sign is seen with a message against the Brexit border checks in relation to the Northern Ireland protocol in the town centre of Larne, Northern Ireland. February 12, 2021. REUTERS/Clodagh Kilcoyne

Britain is committed to “pragmatically resolving” Northern Ireland trade issues with the European Union in their Joint Committee, Foreign Secretary Dominic Raab said on Thursday during a visit to Estonia.

“The action we’ve taken is lawful, it’s targeted, it’s just to make sure that the commitment to preserve the integrity of trade in the internal market is properly respected”, Raab told a news conference in Tallinn.

“It’s important to protect the integrity of the internal market in the UK, and we think it’s very important that all sides live up to that commitment. Of course we are committed to pragmatically resolving any of the outstanding issues in the Joint Committee”, he said.

The EU promised legal action last week after the British government unilaterally extended a waiver or grace period for checks on food imports to Northern Ireland, a move that Brussels said violated terms of Britain’s divorce deal from the EU.