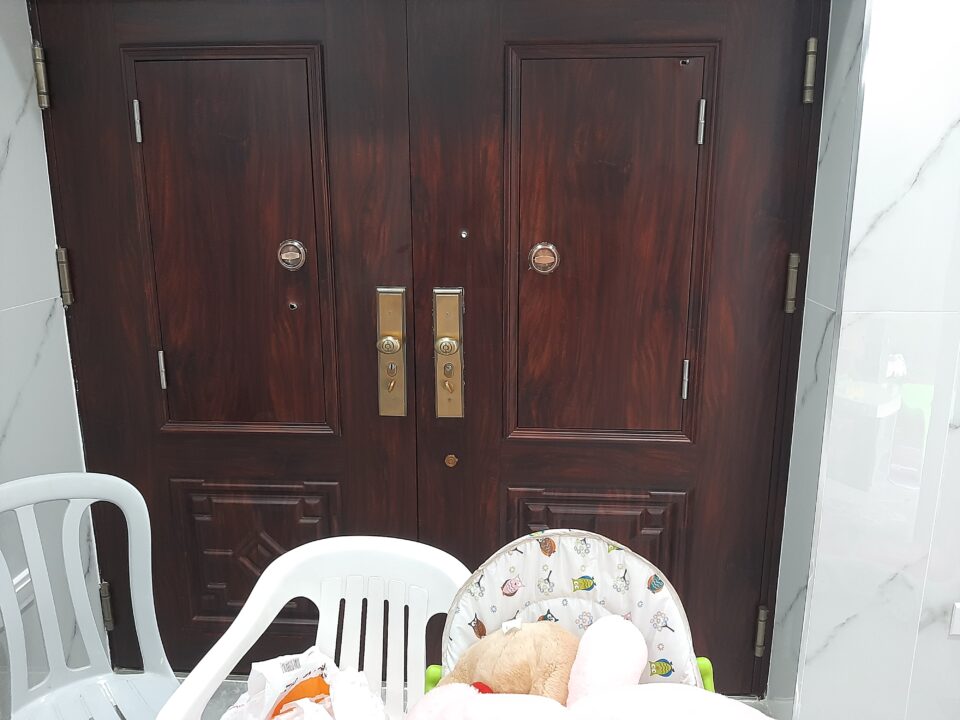 Bullet holes in the fornt door of the house in Zakaki

Limassol district court remanded a 55-year-old man for seven days on Monday on suspicion of firing shots against the home and car of his neighbour.

The incident was reported at around 10pm on Sunday. Police said shots had been fired at the front of the house in Zakaki and a car belonging to a 31-year-old Cypriot citizen.

“We had just put our two children in bed, and I was lying on the sofa, watching TV with my wife,” the house owner told the Cyprus Mail.

The couple heard a car driving outside their house multiple times, which raised their suspicions as it was past the 9pm curfew.

Then they heard shots being fired at the front door and the balcony door of their living room. Some of them managed to enter the house and damaging the walls and furniture.

“We immediately fell on the floor and crawled to the corridor where we were protected from the shots,” the man said, who estimated around 12 shots must have been fired.

Two shots were also shot at the car, damaging the engine.

The woman, who is a Cypriot, called the police. Investigators were led to a neighbour with whom the owner appears to have differences regarding their houses which are located next to each other.

“We fear for our lives. Our children woke up and they were crying all night, they were so scared,” he added.

“We were hoping we had found our dream home. We have nowhere else to go,” said the man, who bought the property in 2018 but only moved there last year.

The suspect was arrested pending a CID investigation. In his statement to the police, he initially denied any involvement in the case, but later admitted to the offence, according to reports.

Verstappen fastest in testing, Mercedes have work to do