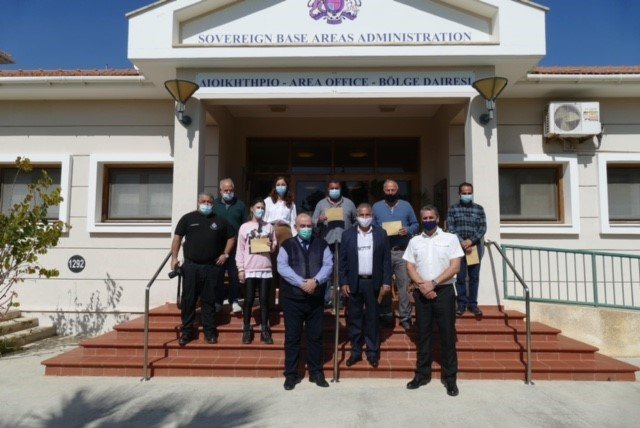 The money, from the CCRF, is distributed within the SBAs to assist in funding projects, supporting charitable organisations, and helping individuals that may need financial assistance.

The donations, which this year are supporting more than 30 organisations and communities in both the Eastern and Western SBAs combined, has made a difference within the surrounding villages for many years now and the money plays a key role in the Administration’s efforts to support local communities, the Bases added.

He said: “I wish to warmly thank the Sovereign Base Area Administration for the annual financial support given to organised groups within our communities.

“As the community leader and the representative of the organised groups, we are grateful and thank the British Bases for the kind donation, which reflects their support and help towards our community.”

Those words were echoed by Episkopi’s Community Leader, Lefkios Prodromou, who pointed to the ongoing support of the SBAs, he said: “There has been an excellent cooperation between the British Bases and the surrounding communities for years.

“I would like to thank you very much for the kind donation given to us in order to support our community’s needs. We look forward to the continuation of our cooperation.”

As the scheme continues more funds will be donated to community projects across the SBAs including the Eastern and Western Sovereign Base Areas.