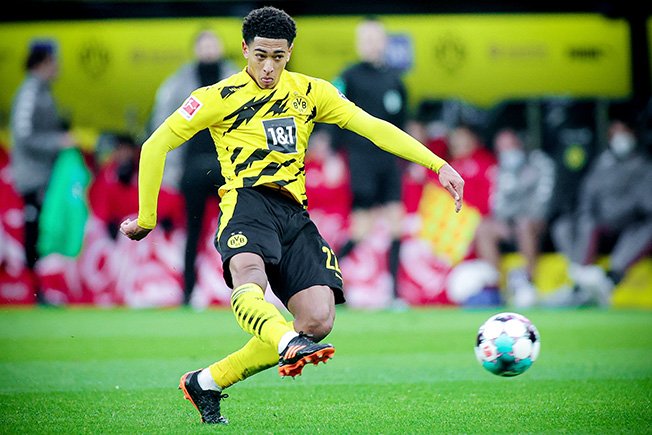 Next week’s World Cup qualifying games in Europe and beyond are set to be heavily affected by clubs refusing to release players for international duty, COVID-19 quarantines and travel restrictions.

Inter Milan announced on Thursday that all of their players will be pulled out of international duty after two more positive COVID-19 cases at the club.

German Bundesliga clubs are unlikely to release Austrian players for their country’s qualifier in Scotland on March 25 although the game is scheduled to go ahead with the visitors fielding a weakened side.

French Ligue 1 and Ligue 2 clubs will not release foreign players called up for their national sides if the teams are playing outside the European Union (EU) due to the strict COVID-19 quarantine rules, the French professional league (LFP) said.

FIFA has relaxed its normal rules, which oblige clubs to release players for international duty, if there are travel restrictions to or from a location or if the player would be affected by quarantine rules at either their home base or the hosting city.

Inter’s ban on players leaving means Belgium’s Romelu Lukaku and Denmark’s Christian Eriksen will remain in Milan as well as the club’s Italy players ahead of the country’s matches against Northern Ireland, Bulgaria and Lithuania.

RB Leipzig coach Julian Nagelsmann said on Wednesday that his club would be stopping some of their players travelling.

“There is still no final list. We are looking for individual solutions for all of our selected players. But we won’t send any players to high-risk areas, or areas where there is a mutation of the virus, if it will force them to enter quarantine upon their return.”

Bayern Munich coach Hansi Flick said Austria defender David Alaba would not be released for the Scotland game and said it was unclear whether striker Robert Lewandowski would be released for games in Hungary and England and at home to Andorra.

“Alaba won’t be at the first game in Scotland. For Lewandowski we’re waiting again to see what the authorities say. We still have a few days left,” he said.

Borussia Dortmund’s 17-year-old midfielder Jude Bellingham was named on Thursday in the England squad to face San Marino, Albania and Poland, but he is unlikely to be allowed to join up due to Germany’s COVID-19 travel restrictions.

“We left him in the squad but at this moment it looks like quarantine rules in Germany will rule him out,” said England manager Gareth Southgate. “We are still investigating what is possible and we wanted to name him in the squad.”

However, France manager Didier Deschamps said he will have a full squad for their game at home to Ukraine and away to Kazakhstan and Bosnia and Herzegovina.

“All players must come into our bubble in Clairefontaine (France’s training base). We have agreements with all the governments in the countries where French players are so that they can be available right now (for France) and also when they return to their clubs,” he told reporters on Thursday.

As well as the European games, qualifiers for the 2022 World Cup are being held in Asia and the CONCACAF region covering North and Central America and the Caribbean.

African countries are anticipating a major haemorrhage of their key players as they go into the crucial last two rounds of Africa Cup of Nations qualifying.

Ordinarily, up to 400 players would be expected to travel from Europe to represent their home countries but FIFA’s edict means most teams will be considerably weakened for key ties.

As well as French clubs, those from Belgium, Germany, Norway, Russia and Slovakia have also refused call-ups, officials and coaches have told Reuters, and many more are expected to follow in the coming days.

“It is a bad decision, first of all, to allow clubs to refuse call-ups and then to even go ahead with the qualifiers,” said Gambia Belgian coach Tom Saintfiet, who has lost four players already and fears more will not be allowed to travel with his team’s qualification on the line.

“This quarantine is just a pretext to prevent players from coming to play for their country. FIFA should never have touched on the relationship between clubs and national teams,” he said.

“If today we prevent the players from coming for this round of qualifiers, what will happen tomorrow for the Africa Cup of Nations finals? It’s not going to end there.”