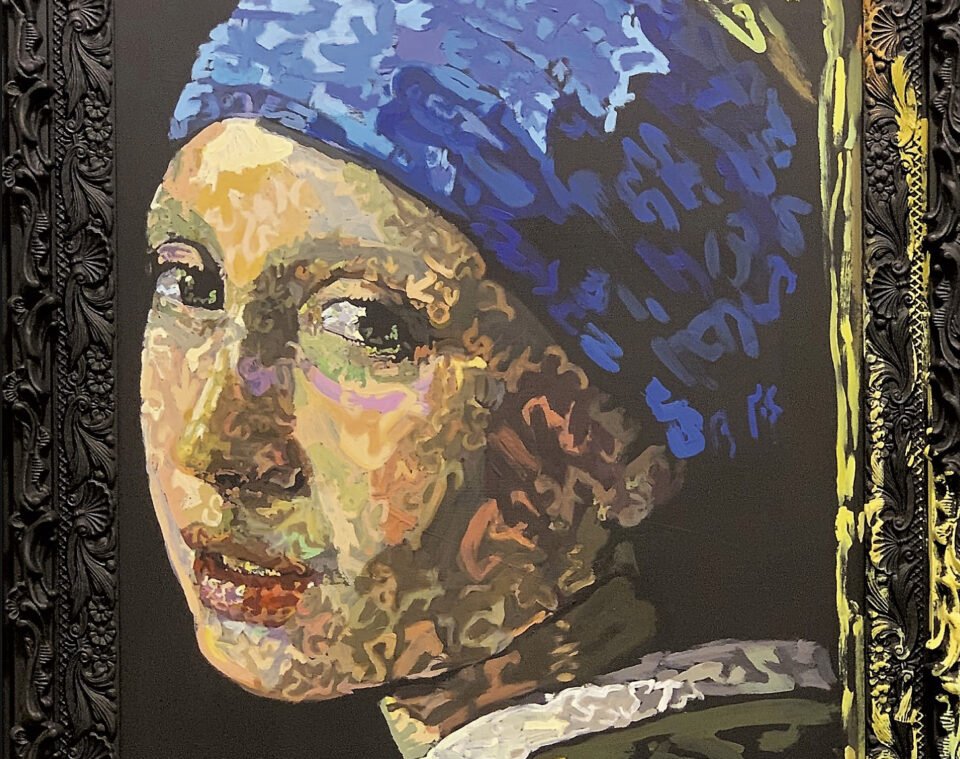 If someone had told street artists a couple of years ago that their large wall murals painted in urban landscapes and on old buildings would some day be commissioned and even hosted in an art gallery, they probably wouldn’t have believed it. But this March, amid all the craziness the past year has brought, one street artist is hosting his first solo exhibition in Cyprus at an art gallery in the capital.

Paparazzi’s street art is possibly the most well-known around the island, with huge paintings on walls around many cities in Cyprus and Europe. With roots from Georgia and Thessaloniki, Paparazzi has been heavily involved in the global street art scene and especially in Cyprus which has been his home for the past 15 years. Driving down Stasinou street, just before the Eleftheria Square traffic lights, is a large blue mural of a woman in white, painted by Paparazzi. In a small alleyway in old Nicosia is one of his most photographed pieces, People of Nicosia, depicting various characters of the town. In Engomi, a painting of famous Peaky Blinders character Thomas Shelby is on the sidewall of a restaurant, and the list goes on.

Known as a street artist, Paparazzi’s works are typically of a large scale, but they are not only for the street. With his upcoming solo exhibition at Alpha C.K. Gallery, Paparazzi, whose real name is Achilleas Michaelides, aims to show that he is a versatile artist who creates art with paintings using acrylics and sprays.

Some would argue that street art belongs to the streets and even if that has some truth to it, it certainly is encouraging for Cyprus’ local art scene to have a street artist welcomed into exhibition venues. Yet Paparazzi’s Legends exhibition, which opens on March 23, won’t feature his usual wall murals we all know and recognise.

For this body of work, the artist presents famous individuals from history and modern pop culture, depicting them in graffiti and street art style. Working on these Legends, as the artist calls them, allows him to present them in his own style on paintings instead of walls and large outdoor spaces, and to create a dialogue with the viewer between the past and the present, between history and myth, surrealism with realistic elements that Paparazzi applies. Well-known personas and graffiti meet in a brand-new way and environment; art from the street to the gallery.