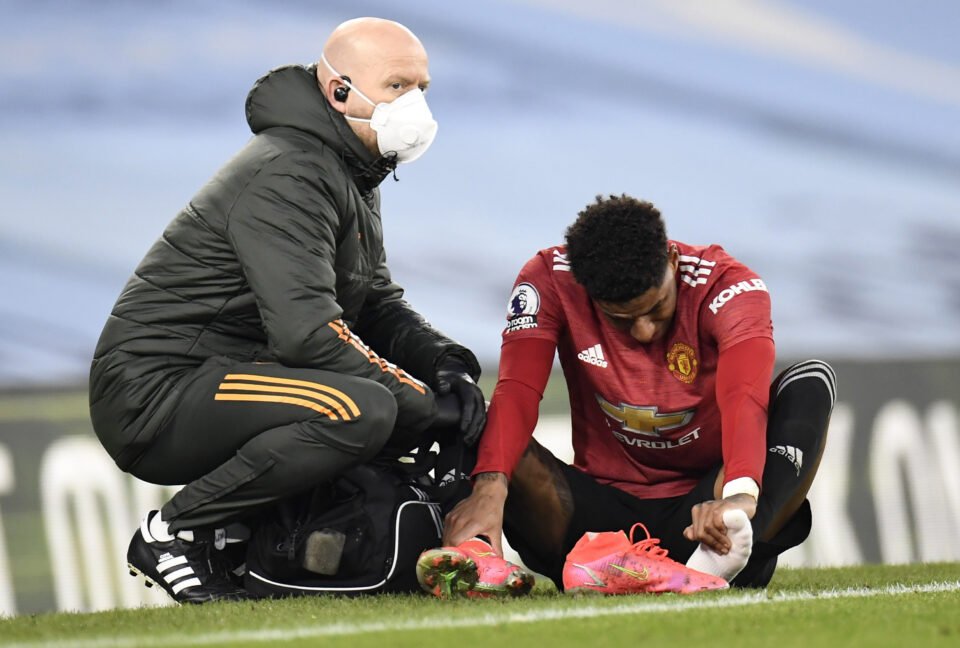 Both Manchester United and Chelsea have expressed concerns over a lacklustre attack in their upcoming FA Cup games against Sheffield United and Leicester City, respectively.

The Reds are facing the prospect of playing their FA Cup quarter-final against Leicester City without forwards Marcus Rashford, Anthony Martial and Edinson Cavani, manager Ole Gunnar Solskjaer has said.

While Rashford was replaced at halftime on Thursday after he felt a “little twinge” during their Europa League victory over AC Milan, Martial and Cavani were not in the lineup.

Martial is recovering from a knock to his hip. Solskjaer said Rashford was “most unlikely” to recover for Sunday’s trip while Cavani’s participation would depend on the Uruguayan’s progress.

“Edinson has worked really hard and joined in training sessions. Towards the end he needs to top it up to feel 100 per cent ready for the game and hasn’t really got there yet,” Solskjaer told reporters.

“It’s down to him, he doesn’t want to come in and look off the pace. Hopefully he can be ready for Sunday but I’m not sure.”

However, United were boosted by the return of Paul Pogba after he made his first appearance since the first week of February, coming on for the second half and scoring the winner against Milan.

The Frenchman has a contract until 2022 but Solskjaer refused to be drawn into discussing the midfielder’s future at Old Trafford.

“I don’t think any energy would be used on the speculation,” Solskjaer said.

“Of course we’ve got discussions and talks. When you see Paul playing… when you see him come back training, it shows how much he cares for us, how much he enjoys playing and how much we can benefit from having him here.”

Meanwhile, Chelsea face a striking conundrum of their own.

Chelsea have sometimes lacked the killer blow in the final third and must find a balance between attack and their counter-pressing game, manager Thomas Tuchel said this week.

Chelsea have never scored more than two goals in a game since Tuchel took charge and despite their 13-game unbeaten run — the longest ever unbeaten start by a Chelsea manager — his priority has been stopping the opponent from creating chances.

“We lack some precision in the final third and some goals, but we’ve never lacked the work-rate against the ball, touches in the box, shots,” Tuchel told reporters ahead of Sunday’s FA Cup quarter-final against Sheffield United.

“Maybe we lacked composure but that’s our fault because we work so hard against the ball. It’s about balance and I believe we have that balance in how the players feel.

“We’ll never stop to think about how to create chances, offensive solutions, where to create spaces and to accelerate our attacks. But we also think about counter-pressing.”

Olivier Giroud was Chelsea’s hero in the first leg of the Champions League last-16 when he scored the winner at Atletico Madrid but he has found minutes hard to come by, raising questions about his future with his contract ending this season.

Tuchel said Giroud’s lack of game time was partly down to him still adapting to making three substitutions per match, having been able to make five at Paris St Germain, and also because he wanted faster players in high-intensity games.

“I didn’t give him these minutes because I have to adapt back to three changes, maybe two changes because the last one you don’t want to use too early,” he said.

“It’s my job to push him and give him the feeling that he is still important.”

Tuchel confirmed injured defender Thiago Silva would not be risked while he was hopeful striker Tammy Abraham would be in the squad after an ankle injury scare in training.

Fight continues over future of Akamas