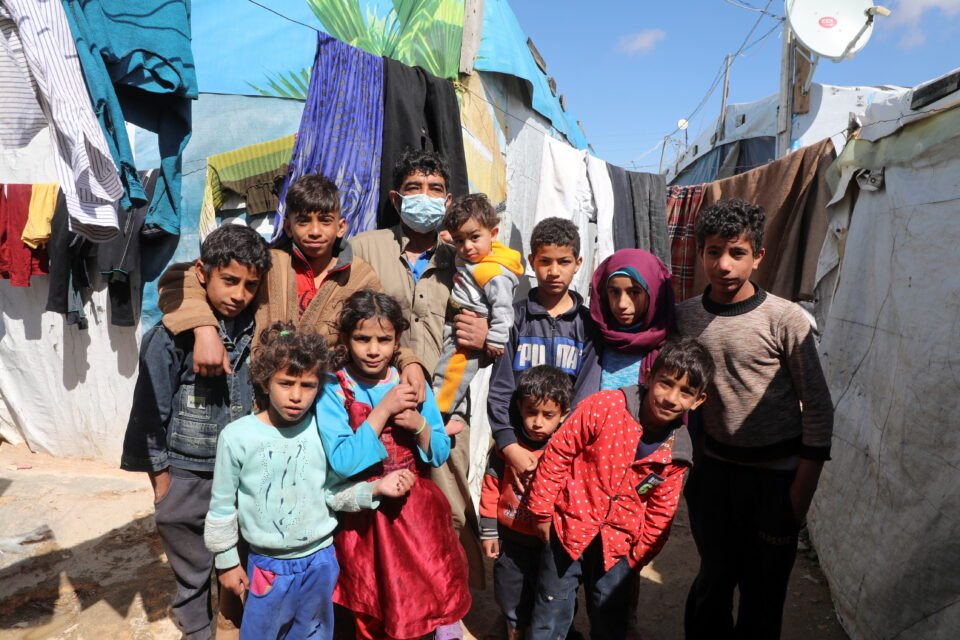 Syrian family at a refugee camp in Lebanon

The Syrian civil war is ten years old this week, and it’s time to stop it. At least half a million Syrians are dead, a quarter of the pre-war population are refugees abroad, and another quarter are refugees inside Syria. Thirty per cent of the country’s housing stock is destroyed or badly damaged – and we have known who won the war for at least four years now.

More fighting cannot change anything. All the big cities are back under the regime’s control, as is at least 80 per cent of the territory and of the population that’s still within the borders. The Russian military intervention in 2015 turned the tide, the remaining rebels are all crammed into one province, Idlib, and local ceasefires have silenced the guns in most places.

Yet there is no peace, because neither the rebels in Idlib nor their foreign backers are willing to recognise the victory of long-ruling dictator Bashar al-Assad and his Baath Party. You can see why, because this is a regime that pitilessly tortures and murders those who defy it, and in a world where divine justice prevailed it would surely have been destroyed.

Unfortunately, this is not that world. Assad came down with coronavirus last week, but he’s very unlikely to die from it (he’s only 55), and it’s hard to think of anything else that might change the outcome.

Indeed, even Assad’s death might not do the trick. It’s a whole regime with deep roots, not just one man, and it has survived lost wars, attempted coups and rebellions for almost 60 years. Moreover, the only plausible successor to the ruling Baath Party at this point is the murderous Islamist fanatics of the al-Qaeda affiliates who control Idlib.

The real reason Assad has won the war is that enough people in Syria believe the Islamist jihadis would kill them if they came to power. All the religious minorities, Shia Muslim, Christian and Druze, believe that, plus anybody secular and anybody who works for the government, including teachers. They think of the jihadis as an Islamic version of the Khmer Rouge, and they’re not far wrong.

The jihadis didn’t dominate the original uprising in 2011, but Assad is not stupid. He immediately freed around 6,000 Islamists from his jails, in the hope that they were ruthless enough to win control of the opposition and frighten people into backing him instead. It worked.

Foreign countries, some ignorant, some naive and some ‘soft’ Islamist themselves (Turkey, Saudi Arabia, Qatar), poured in guns and money, and the Syrian Islamists did take over the revolt. That drove a lot of Syrians to Assad’s side – and then Russia sent its air force in to save him in 2015. By 2017, the war was effectively settled – but it did not stop.

It slowed down almost to a stop after Assad had regained control of everything except Idlib province (occupied by Turkey) and the sparsely populated east of the country (partly held by Kurdish and American troops). But the anti-Assad foreigners won’t acknowledge his victory.

The United States actually strengthened its already savage sanctions against Syria last year, so Assad’s key supporters are still scraping by but everybody else is on the brink of starvation. The Syrian pound is worth less than a fifth of its value a year ago, and 80 per cent of the population is below the poverty line.

The US sanctions can go on forever at no cost to the United States, while American politicians feel virtuous and Syrians suffer, but there is a way to end this. It has to start with accepting that Assad will stay in power, because that’s the only way that other countries get any leverage.

What price would Assad pay for an end to sanctions and renewed international recognition as Syria’s leader? Quite a lot, because it would enable him to start rebuilding the country, however slowly, and free him from the isolation he has endured for the past decade.

He could be told that the price includes an amnesty for all Syrians, including those who fought against him, except for those who actually committed war crimes. Many of the refugees wouldn’t go home anyway because they don’t trust him, but international supervision and guarantees for those who take up the offer could probably be negotiated.

Turkey would try to block the deal, but Russia would go along with it and put pressure on the Turks. Syria would still be a police state, but most people would be back in their homes (some measures required to ensure that those who fled recover their property), and all the children would be back in school (most haven’t been, for the past five years).

It would be something like the aftermath of the Spanish Civil War, in other words, except with more international involvement and less vengeance against the losers. No promises, but it’s certainly worth a try.

Peak experience: Trentino and the Dolomites of north Italy