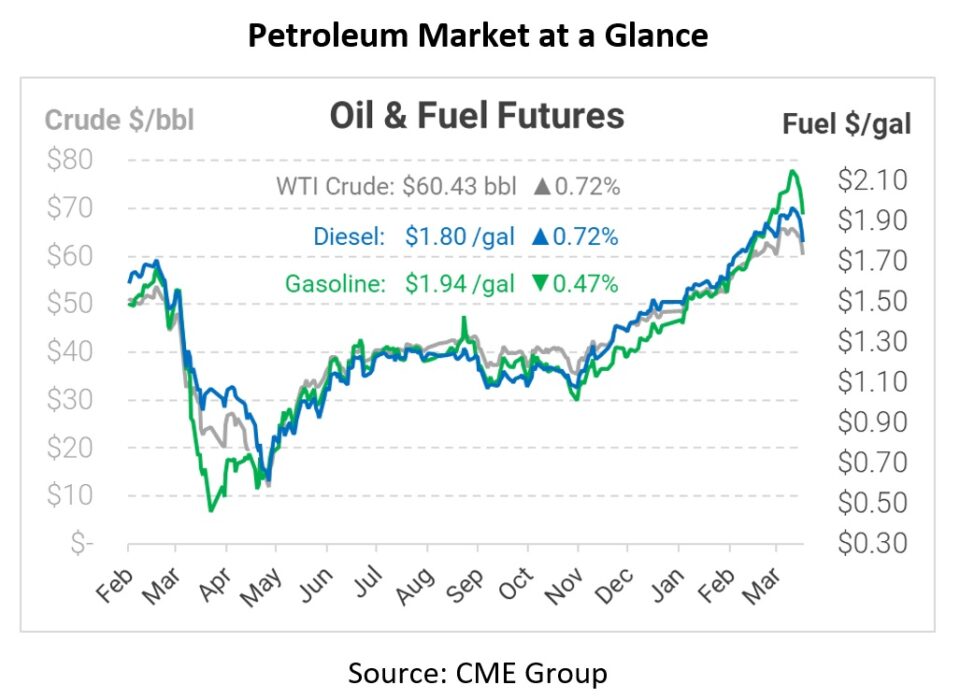 Oil falls back on concern about European recovery

“The recent aggressive price rally seems to have come to an end,” writes analyst Tom Kool at oilprice.com.

Oil prices resumed their decline on Monday, falling around 1 per cent  as worries about a drop in demand for fuel products in the wake of yet more European lockdowns dominated trading.

According to Rystad Energy, a lengthier vaccine campaign in Europe – due to delays and increased hesitancy – could delay the recovery of 1 million barrels per day of oil demand this year.

Germany plans to extend a lockdown to contain COVID-19 infections into a fifth month, according to a draft proposal, after new cases exceeded levels authorities say will cause hospitals to be overstretched.

“The reality is that we’re still a long way from a full demand recovery, and it’s the record levels of withdrawn production capacity that’s the main prop for the oil market,” said Stephen Innes, chief global market strategist at Axi.

The Organization of the Petroleum Exporting Countries and its allies have put in place unprecedented production cuts in a pact to balance global markets after demand plunged during the Covid-19 pandemic.

US drillers are starting to take advantage of an earlier spike in prices on optimism about returning demand, adding the most rigs for extracting oil since January in the week through Friday.

The rig count has been rising over the past seven months and is up nearly 70% from a record low of 244 in August.