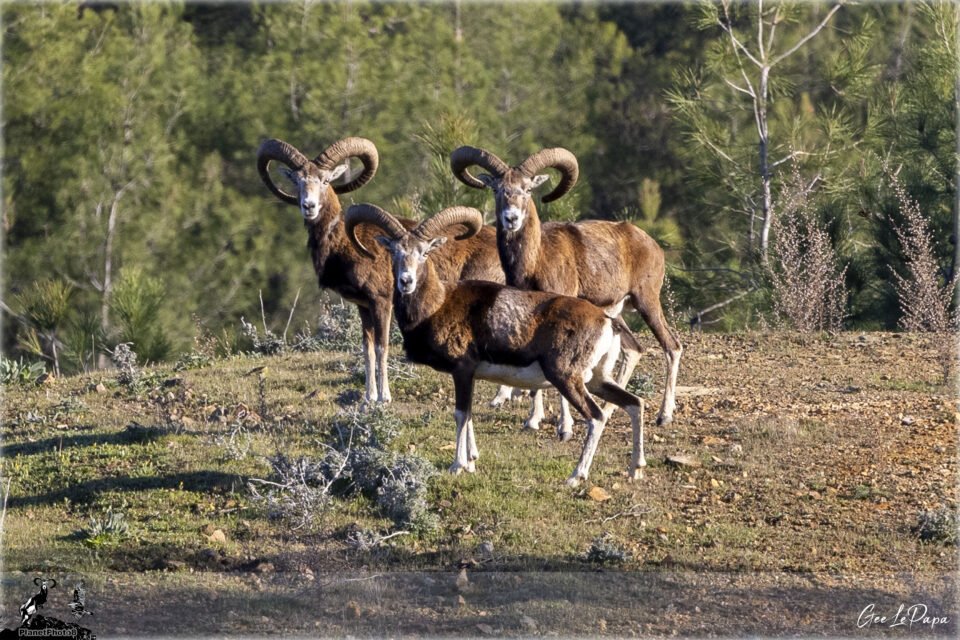 For one local photographer, what can be seen in the great outdoors makes life worth living, although he fears the change inflicted on it by hordes of visitors

With increasing exposure on social media, a local nature photographer says he wants to show off the unique beauty of the island but chooses to keep his favourite locations secret to preserve them from human activities.

“Nature is the only thing that makes living in this world worth it. And Cyprus has a beauty that you cannot find in other places,” the Evrychou-based photographer and activist Georgios Papapetrou told the Sunday Mail.

His numerous accomplishments have seen Papapetrou in the spotlight multiple times – as a DJ when he broke the Guinness World Record for the longest DJ club marathon with 116 hours non-stop mixing back in 2008, and for his spontaneous pictures of Cypriot football team Apoel, which allowed him to become a member of the International Sports Press Association (AIPS).

But what keeps the 47-year-old motivated and active is his passion for nature photography.

“Nature plays an important role. It is the fact that I am doing something and I give one hundred per cent of myself. Things would have been very different if I were locked in an office,” he said.

Papapetrou feels most alive lying in the mud covered in leaves as is called for to take the best shot of moufflons or when he sleeps overnight in forests to capture the wildlife in its natural habitat. Last year, he decided to spend two months living near a nest of Bonelli eagles to watch the young ones’ fledging flights.

“It took me six years to find their nest, and I spent 58 days in the mountains. I was there from the day they were born until the day they learned to fly,” Papapetrou said.

Thanks to his dedication the first flight of an eagle was captured on camera on May 8, 2020.

Female Bonelli eagles usually lay one or two eggs and very rarely three. Often, one of the birds does not survive. But under Papapetrou’s watch, both eagles made it out of the nest, although he takes no credit for that.

The first one had flown the day before his historic pictures without the photographer being able to capture the moment.

“I didn’t care at all that I didn’t get the chance to photograph it because I lived it and it was more than enough for me,” he said.

After his adventure, many approached him asking to be taken to the nest, but Papapetrou believes people who are truly interested should invest the time and work to study and understand the animals themselves.

“Back in the late 90s when I used to invite people to come to Akamas with me they were refusing, now everyone wants to go,” he said.

The increasing interest of locals in and knowledge of nature has led to an upsurge of fly-tipping, and at times destruction of the environment. “I am glad people want to be in touch with nature. But is it necessary to destroy it?” the activist asked.

To spread awareness, the photographer recorded the journey of a turtle in Akamas trying to make its way to the beach to give birth among trash and plastic waste.

Elsewhere, in his famous video rants on social media, he has pointed out how his favourite secluded spots have been altered by human activities. “I often visited a river where there is a bench with cyclamens growing around it. Last time I went I saw the back of the bench was broken and the piece of wood had been used by someone to cross to the other side of the river,” he said.

And it is all “for the sake of a like or a follower”, the photographer estimates. “They act thoughtlessly due to lack of education, consideration and misplaced mindset”.

At another now Instagram-famous spot in Dierona, where a small wooden triangular house was built, people cut branches of trees which were an obstacle to the ‘perfect shot’ and carved words onto the house itself.

“You have to respect to be respected,” he wrote in the description of the video where he tagged the president and explained why he does not reveal the locations he photographs.

The photographer argued that his respect for nature is rooted in years of hunting, first with his father as a kid and then alone, before he stopped this hobby two years ago.

“If my dad wasn’t taking me hunting with him, I wouldn’t know all the things I know now about nature and animals.” 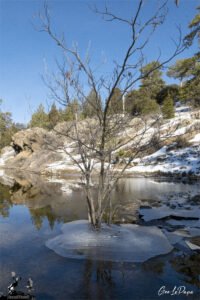 His natural curiosity on the hunting trips with his father and accompanying his brother as a photographer ever since he was a kid, played an important role in the formation of his relationship with nature, and all the knowledge he gained by experience.

“They didn’t teach us anything at school, practically or theoretically. And I even went to a private school,” he said.

This is reflected in his relationship with his nine-year-old dog, Devi. She was found abandoned on the Evrychou-Kakopetria motorway and has been his close friend ever since. “You don’t train dogs, you let them train you,” Papapetrou told a local animal mini documentary series. His approach seems to be working as the video showed Devi running to fetch the cigarettes of her guardian from his car.

But it was nature as a backdrop that saw him bitten by the photography bug. The first time the self-taught photographer was mesmerised by a natural scenery was at Rothmans Cyprus Rally when he was just ten years old and helping his brother on a job there. He found himself with a pocket camera getting away from “the scene of action” and into the mountains; “I was impressed with the things I was seeing,” he remembers.

“I was always taking pictures of nature but I didn’t publish them because of what we are experiencing today.”

Recently, Papapetrou shot some clips for the wildlife hospital in Athalassa, Nicosia to show the “hard work that is being done behind the closed doors” of the Game and Fauna service by senior game officer Andreas Lysandrou and the head of the service Panteli Hadjiyerou.

The hospital has been treating sick or shot birds and other animals such as foxes and moufflons. Commenting on the eagles and flamingos which were recently found shot, the former hunter insists that the bullets did not come from a hunter’s gun and that “anyone could have done it.”

After rehabilitation, the birds are released back to the wild, an event which is usually covered by the media. The location of the release however must remain secret “as anyone would go in search of the birds afterwards,” Papapetrou said.

His upcoming projects include a video documentary with pictures of the new planetarium and observatory being built in Chandria village, Limassol which would reveal different locations people can visit for star gazing.

Despite his hard work, Papapetrou does not financially depend on nature photography to make a living, however some of his pictures have been sold in the past.

“It’s my passion and I want it to stay this way,” he said.