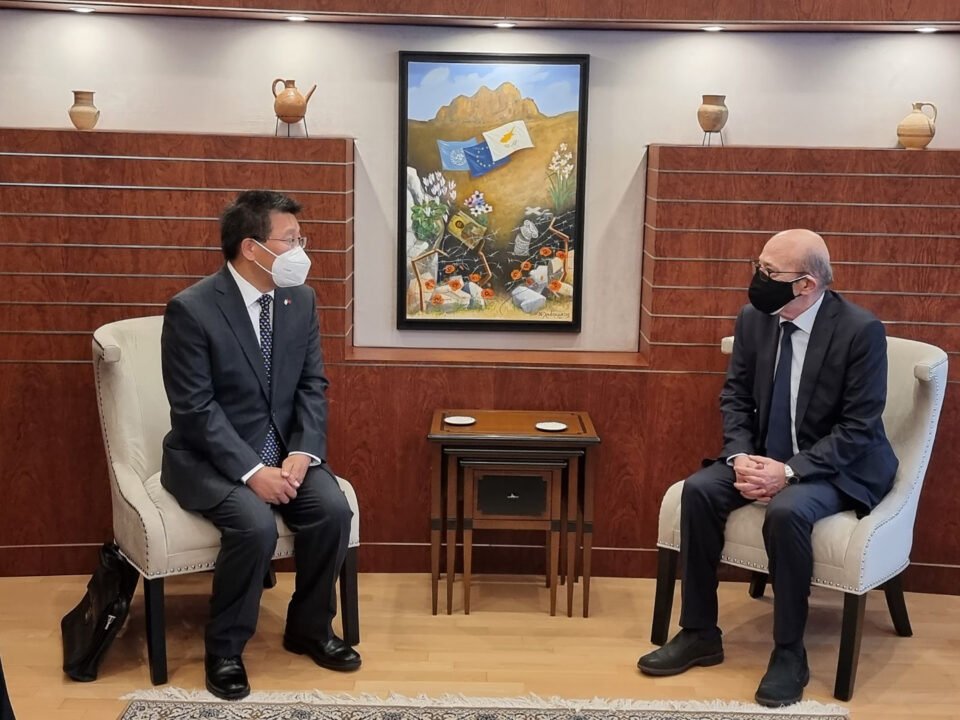 Beijing is committed to respecting the sovereignty and the territorial integrity of Cyprus, Chinese Ambassador Liu Yantao assured House President Adamos Adamou during a meeting on Tuesday.

The House president underlined the excellent relations between Cyprus and China on the basis of common principles, solidarity and mutual support, and reassured the ambassador of Cyprus’ steadfast support for the sovereignty and territorial integrity of China and to the One-China policy.