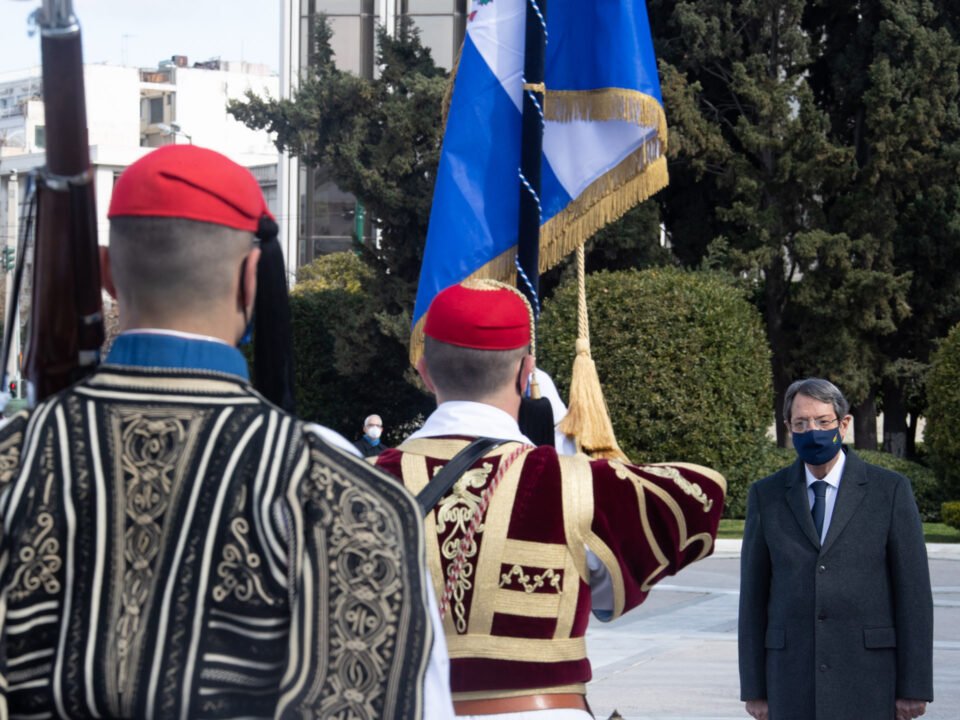 President Nicos Anastasiades on Thursday said it was important to remember and honour the 1821 Greek uprising against Ottoman rule at a time when Greece and Cyprus were facing significant national challenges.

In a pre-recorded televised address, the president who went to Athens to take part in the anniversary celebrations, and to hook up with the EU Council meeting there later in the day via teleconference, said the Greek revolution had challenged “slavery, oppression and tyranny”.

He also paid tribute to “the thousands” of Cypriots who had taken part in the Greek revolution voluntarily, giving Cyprus the right to celebrate the anniversary with Greece.

“They all achieved, with sacrifices and blood, the creation of an independent Greek state, inspiring the next generations,” he said.

“At the same time, given the Turkish occupation in our country for more than 46 years, our debt [to Greece] requires a retroactive study of the struggle of 1821 in order to draw lessons and strength for the continuation and recognition of our own struggle”.

Anastasiades said Cyprus was striving for a solution that would create a truly independent and free state, free from foreign troops and guarantees, “just as the brothers of Greece themselves envisioned their state exactly 200 years ago”.

“The guiding principles of our path will continue to be the legacy of their vision for a truly free homeland,” he concluded.