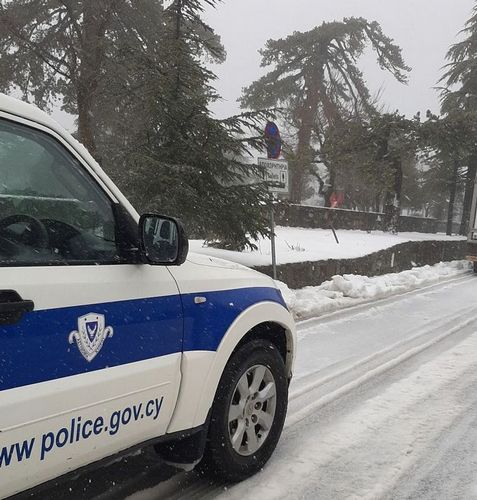 Police said Friday the following mountain roads were open only to vehicles with four wheel drive or chains due to snow:

The road from Platres to Troodos can be used only by four-wheel drives and those equipped with snow chains.

The height of snow at Troodos square was nine centimetres early on Friday.

A cold air front in the area will bring isolated rain and snow in the mountains during the day, and temperatures will rise to 13C inland and just 2C around Troodos, the met office announced.

At night, they are expected to fall to minus 5C in the higher mountains.

The front is expected to move on by Sunday with temperatures gradually rising but will remain lower than normal.

Other EU citizens make up 13 pct of Cyprus’ population – Eurostat