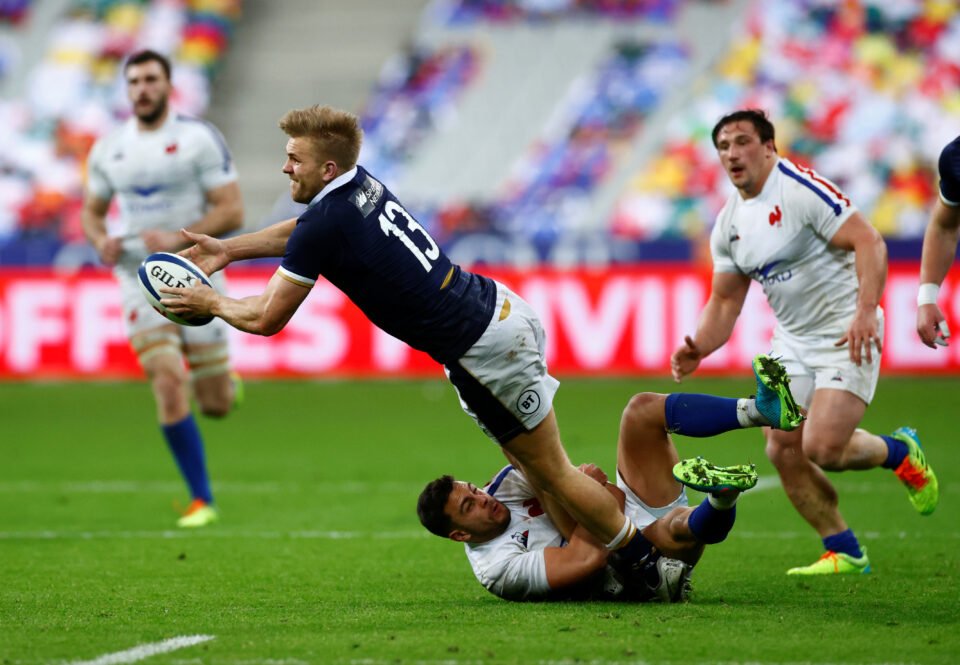 Wales claimed their second Six Nations title in three years after France lost 27-23 to Scotland as the visitors celebrated their first win in Paris since 1999 in a dramatic championship finale on Friday.

France looked set to win their fourth match in this year’s campaign when they won the ball in the last play in stoppage time. But Brice Dulin, who had scored the decisive try in last Saturday’s nerve-jangling 32-30 victory against Wales, turned from hero to villain as he ran with it instead of kicking it out in an ill-advised attempt to secure a fourth-try bonus point.

Les Bleus, who scored tries through Dulin, Damian Penaud and Swan Rebbadj, lost it again and Scotland went on to score a last-gasp try through Duhan van Der Merwe to seal victory at the end of a tension-filled game.

“We thought we were going to kick the ball out and finish the championship with a win but we didn’t,” said France coach Fabien Galthie.

The result left Scotland in fourth place despite beating England at Twickenham and France in Paris for the first time since 1926, just behind Ireland on points difference with 15 points.

Wales have 20 points from four wins with France, who needed a win by 21 points and with a bonus point to leapfrog them for their first title since 2010, second on 16 points.

“It was a hell of a game, it reminded me of last week with the cards and the penalties and missed opportunities,” said Wales coach Wayne Pivac.

“What a tournament it’s been and from a Welsh point of view we are over the moon.”

England are fifth on 10 points with Italy taking the wooden spoon having lost all their games, without a bonus.

Scotland needed to win by eight points to get their highest finish in the championship since they won the last Five Nations in 1999.

They came up just short, but left the pitch with pride after Van der Merwe’s two tries, another one by David Cherry and points from the boot of Finn Russell and Adam Hastings.

France were left facing a mountain to climb and they lacked efficiency in windy, rainy conditions at the Stade de France.

Les Bleus still managed to be in front at halftime as Scotland paid for their ill discipline and they opened their biggest advantage with a brilliant try by Penaud after a good chip over to put his team 18-10 up.

Cherry leapt over from a maul to put Scotland ahead again, seemingly ending France’s chances to win by a big margin, only for Rebbadj’s try and Finn Russell’s sending off for elbowing Penaud to give them the momentum again.

But Galthie’s side showed a remarkable capacity to shoot themselves in the foot with replacement scrumhalf Baptiste Serin being sin-binned and Dulin losing the plot in stoppage time for a memorable error that gave Scotland a last chance, which they made a feast of as Van der Merwe managed to dive over in the corner.

“I’m so proud of the team,” said coach Gregor Townsend, a try scorer in Scotland’s last Paris win 22 years ago.

“They showed courage, togetherness, determination and skill to win. So it was a great end to a really promising season for us.”

‘Our goal is to tell a positive story, where refugees are the heroes’