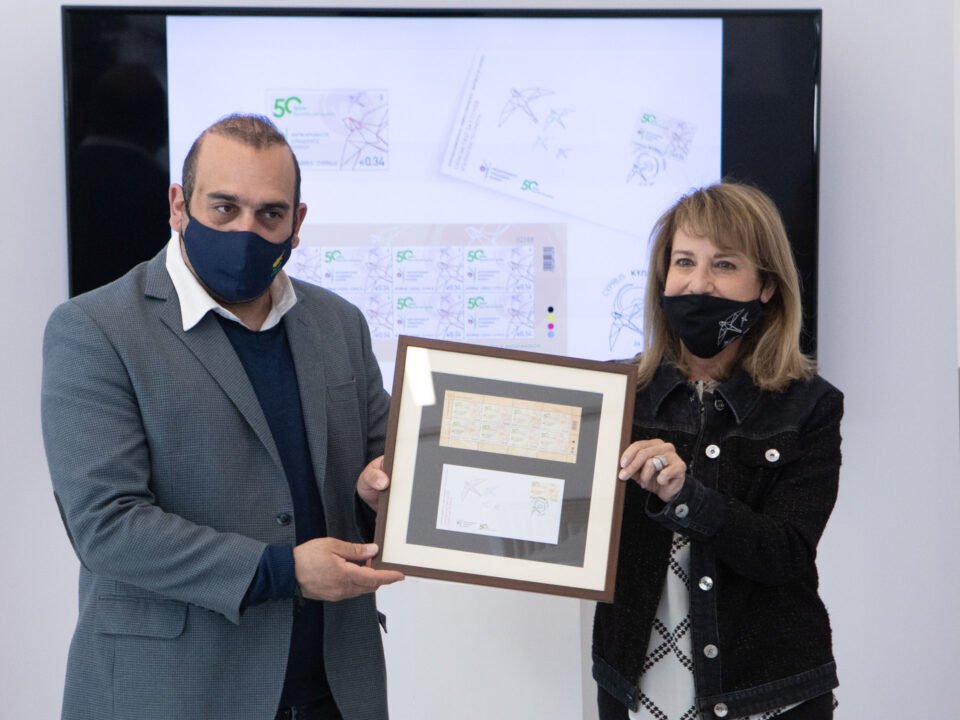 Cyprus’ new commemorative stamp to mark 50 years since the foundation of the Anti-Cancer Society on the island aims to spread a humanitarian message, Transport Minister Yiannis Karousos said on Monday.

In his statements during the presentation of the 34 cent stamp issued by the postal services, Karousos said its ministry would upgrade the anti-cancer society.

The NGO is “rightly considered one of the most active humanitarian organisations in Cyprus,” Karousos said, “since its 50 years of its existence it has managed to offer excellent services and support to the vulnerable group of cancer patients and their families, according to international standards.”

The minister called on the public to support similar humanitarian organisations saying that “Cypriots were and remain in solidarity.”

“As a people, they [Cypriots] stand out for their contribution to anyone in need and constantly make efforts to support others and alleviate human suffering,” Karousos said.

The stamp is decorated with an origami swallow to symbolise hope, support and relief in a period of trial, said the head of the organisation Miria Stavraki.

Some 4,500 copies of a first edition package are on sale for €0.70. The design and artistic curation of the stamp was done by Manolis Emmanuel.

Cyprus anti-cancer society was founded in 1971 by Demetris Souliotis and Hagop Kantarjian who “put aside the taboos surrounding cancer at the time and aimed to improve the quality of life of cancer patients in our country,” Stavraki added.

Their main objective was to provide free care for anyone dealing with cancer.

Currently, the society offers palliative care services in two districts, in Nicosia at Arodafnousa and in Limassol at Evagorio, but also in the homes of patients in all cities and villages nationwide.