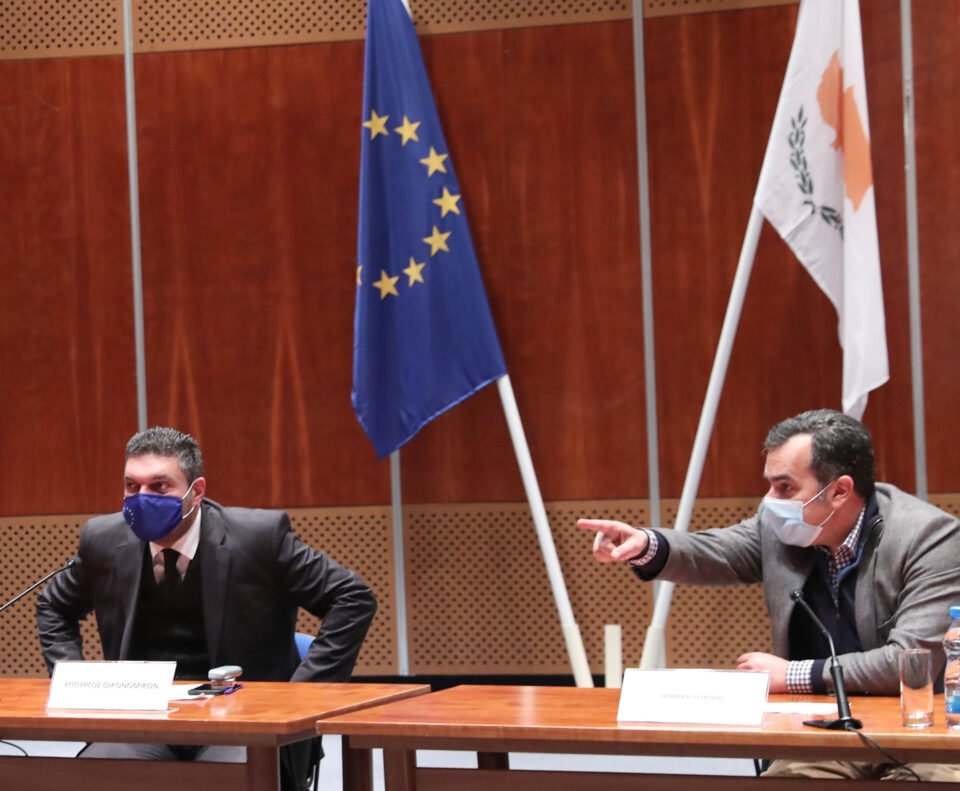 The government’s plan for revitalising old Nicosia – an endeavour with an approximately three-year timeframe – was presented to stakeholders on Tuesday by Finance Minister Constantinos Petrides.

Petrides and Nicosia mayor Constantinos Yiorkadjis held a meeting with representatives of the Nicosia Chamber of Commerce and Industry (Evel), the small shopkeepers association (Povek), and the private entertainment clubs’ association (Pasyka).

The minister laid out the government’s general blueprint for regenerating and upgrading parts of old Nicosia, with the flagship project being the relocation of the University of Cyprus’ architecture school to the premises currently hosting the Phaneromeni school.

That aspect of the plan involves building dorms for the university students – the idea being to populate the area with young people and attract investors, primarily shopkeepers.

Although still early days, all the stakeholders at the meeting appeared excited with the project.

The proposal also involves upgrading street and building infrastructure in the old town.

“It is something we owe to Nicosia’s historical centre, something Nicosia deserves,” Petrides said later.

The next concrete step involves the signing of a memorandum of cooperation between the government and the University of Cyprus and the Archbishopric.

This will be followed by designs to renovate the historical school at Phaneromeni. The entire project should take two to three years, Petrides said, although work on the student dorms will commence immediately.

For his part, mayor Yiorkadjis recapped a number of projects already completed, such as the Solidarity Centre that houses municipal services as well as NGOs, and the beautification of building facades.

He said that shortly the municipality will unveil a financial incentives package targeted at some 20 businesses, each eligible for up to €40,000.

The planned works will regenerate the area while also preserving the architectural heritage there.

Stefanos Koursaris of the small shopkeepers association welcomed the move, assuring the government of their support.

Taking questions after the meeting, the finance minister addressed concerns over the intended relocation of the Phaneromeni school. Petrides said he will be in touch with teachers unions, adding that the changes would not negatively impact either teachers or pupils.

“Our overriding concern is to also upgrade the surrounding schools, which will host the few pupils who today attend the Phaneromeni school. It’s not a question of closing or shuttering one school – it’s a broader issue of regenerating and revitalising the old part of town, similar to what has happened in cities abroad.”

Earlier, and speaking to daily Phileleftheros, Petrides was asked about the impact of gentrification, given that the area in question is home to many immigrants.

Some on social media posted concerns about driving poor immigrants out of the old town.

But Petrides said improving the area would benefit immigrants as well, many of whom today live in conditions that could be likened to a ghetto.

“I am hearing various views and I wonder whether they are directed at me. I happen to be a resident in old Nicosia, a conscious choice I have made, and I live among immigrants. During my stint at the interior ministry a migrant reception centre opened at a distance of 50 metres from my home, and I inaugurated other centres offering services to migrants.

“So I consider entirely baseless some of these views. What we want is harmonious cohabitation with the immigrants in an upgraded area.”